LIGHTS TO FLAG FOR RONAN PEARSON IN KNOCKHILL OPENER

Ronan Pearson converted pole position into a second victory of the Quaife MINI CHALLENGE season with a lights-to-flag run in the opening race of the weekend at Knockhill.

The EXCELR8 driver had grabbed his maiden series pole in qualifying and was able to retain his lead at the start of the race ahead of Joe Tanner and Dan Zelos.

Behind however, there was drama for Jack Mitchell as the title contender slowed off the line and was lucky to avoid being collected by any of the pack behind before pulling off to the side of the circuit.

Mitchell’s stranded car resulted in the safety car being deployed, with the action resuming on lap four.

Pearson quickly set about building an advantage over Tanner at the front of the pack, with Zelos holding third from Kyle Reid and Max Coates, although Coates would lose out to both Sam Weller and Jason Lockwood on the run through Clarks on the first lap after the restart, before then being run wide at the hairpin to drop back to ninth.

As Pearson edged away at the front, Tanner came under pressure from Zelos for second, with the defending champion taking the spot on lap six.

The gap between the lead pair would remain static through until four laps from home when Zelos pitted with an issue with the front left, leaving Pearson comfortably clear of Tanner to take victory by more than seven seconds.

“I can’t ask for more than that as we’ve got a clean sweep so far today,” the winner said. “To do it on home soil makes it even more special but even when I had such a big lead, I couldn’t relax too much as I didn’t want to make a mistake. The goal now is to get the job done in race two later on.”

Tanner took second spot despite the best efforts of the squabbling pack behind, which included Weller, Lockwood, Kyle Reid and Alex Denning.

Weller would hold onto fourth behind Tanner until both Lockwood and Denning got ahead at the hairpin, although the points leader immediately reclaimed a place from Denning going into turn one.

Lockwood however would be the man to inherit the final spot on the podium when Zelos dropped out, with Weller taking fourth ahead of Denning.

Jack Davidson had been dicing for position with Weller early on before losing spots when he was forced to back out of a move on the second lap, with the LUX Motorsport man ultimately taking the flag in sixth spot ahead of Max Coates, who was another driver to be run wide at the hairpin – which dropped him back from fifth to the lower reaches of the top ten.

Robbie Dalgleish battled his way to eighth spot ahead of Reid – another to lose out at the hairpin – with the top ten completed by Joshua Jackson.

Jackson’s run to tenth came after a long fight with EXCELR8 team-mate Ethan Hammerton, with Ru Clark edging out Gergo Racz for twelfth after a similar lengthy fight.

Lewis Brown’s wretched day continued after a blown fuse forced him to make an unscheduled stop that left him four laps down. 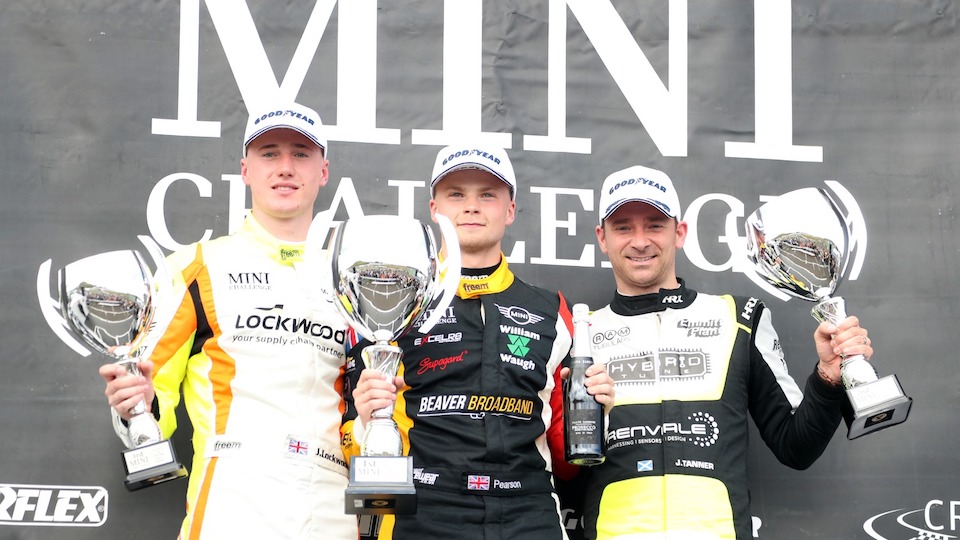 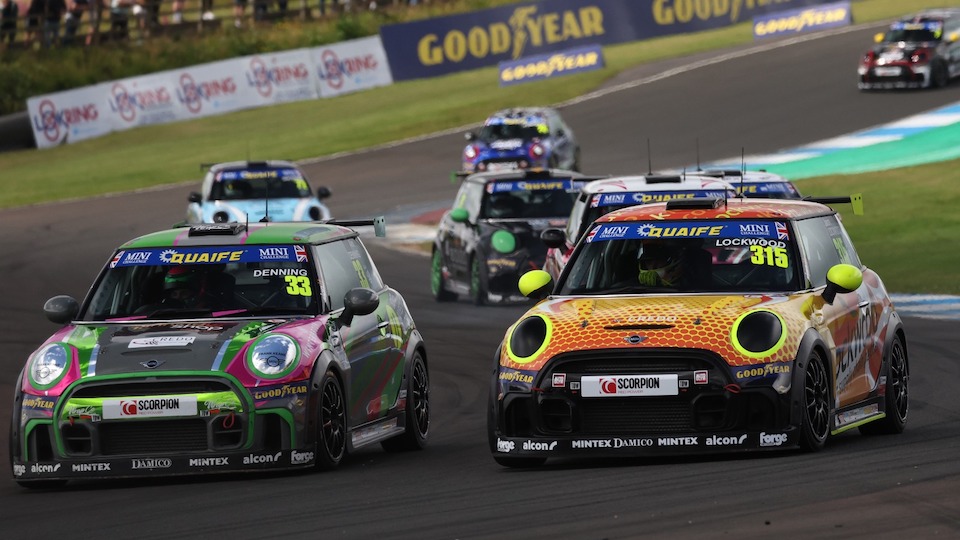