The result of the second race of the weekend for the Quaife MINI CHALLENGE Trophy has been revised after a number of penalties were handed out following post race investigations.

A number of drivers were given position penalties after being deemed to have gained an advantage at the final chicane, including the man who had finished in second place – Alfie Glenie.

A two place penalty drops him from second place back to fourth, with Graves Motorsport team-mate Nelson King dropping from fourth to sixth.

Nicky Taylor was handed a four place penalty that drops him to eleventh place.

As a result of the revisions, Alex Solley now inherits a podium finish in third spot.

The reverse grid final race will start with Charlie Mann on pole ahead of Solley, King and Pearce. 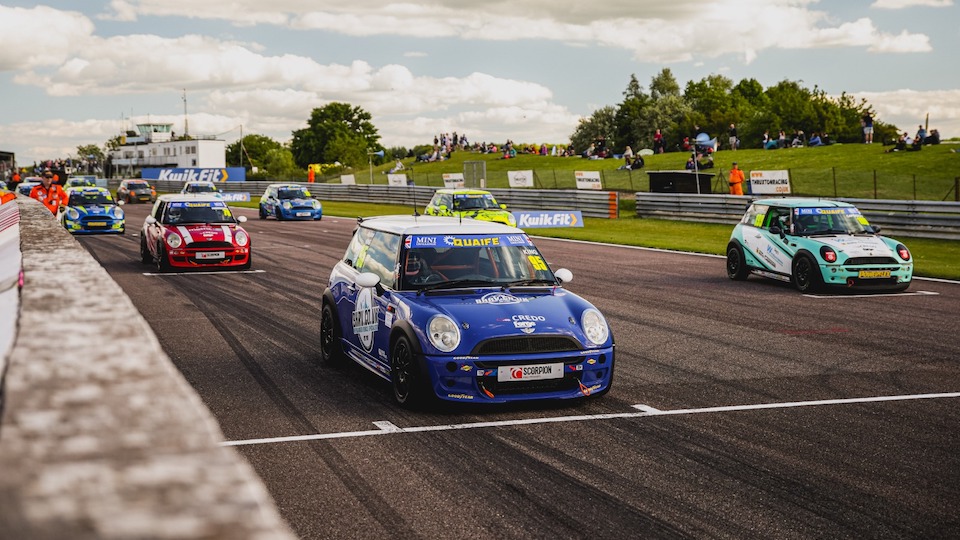