Max Coates grabbed his first win of the Quaife MINI CHALLENGE season in a dramatic final race of the weekend at Brands Hatch, which featured two safety car periods and a red flag.

The revised schedule in place this weekend meant the final JCW battle would be the final race of the meeting, with the field heading out on track with the weather conditions at their worst as the rain that affected Sunday’s running increased.

Sam Weller started from the reverse grid pole and the Hybrid Tune driver was able to keep a charging Max Coates at bay for much of the opening lap before a moment at Surtees saw him run across the grass and drop back down to fourth.

That handed the lead to Coates ahead of defending champion Dan Zelos, with Alex Denning grabbing third.

Coates had established a handy lead at the front when the safety car was called out the first time when Ru Clark’s JW Bird car came to a halt at Druids, but when the action then resumed on lap five he quickly gapped the field behind once again until another caution following an off into the gravel for teenager Gergo Racz; also at Druids.

With Bradley Gravett’s car also needing recovering from the circuit after contact caused by his windscreen fogging up in the wet conditions, the action got back under on lap 13 and Coates was again breaking away when the race came to an early conclusion following an incident on the 16th lap.

Heading through the final corner, Kenan Dole and Clark clashed, with Dole’s car spinning into the side of double race winner Jack Mitchell – who was running down the order having been forced to pit with his own windscreen misting up.

With Mitchell’s car in the gravel on the edge of the circuit and only a handful of minutes left on the clock, the decision was taken to end the race early, with the result rolled back to the end of lap 15.

That meant Coates grabbed his first win of 2022 ahead of Zelos, with Denning rounding out the podium.

“It’s great to have a win to end the weekend, and I really enjoyed it in those conditions,” he said. “I was able to break away on both of the restarts and to be honest, it was good that I did as the left hand wing mirror was folded in on the car and I wouldn’t have know where Dan was if he tried to make a move.”

Weller took fourth spot ahead of Jack Davidson, although the LUX Motorsport driver was lucky in two senses having been involved in a dramatic incident moments before the race was halted.

A failure on the left rear turning into Paddock Hill Bend after contact earlier in the race saw him spin in front of the pack behind before hitting the barrier on the inside of the circuit.

Having been able to get the car going again, he was therefore still running at the time of the stoppage meant he was classified where he had been at the end of lap 15 ahead of EXCELR8 pair Ronan Pearson and Jason Lockwood, with Joe Tanner rounding out the top eight.

Ethan Hammerton had crossed the line in ninth spot, but a post-race penalty saw him drop behind Taylor Whitson in the end result – giving Whitson his best finish in the series to date. 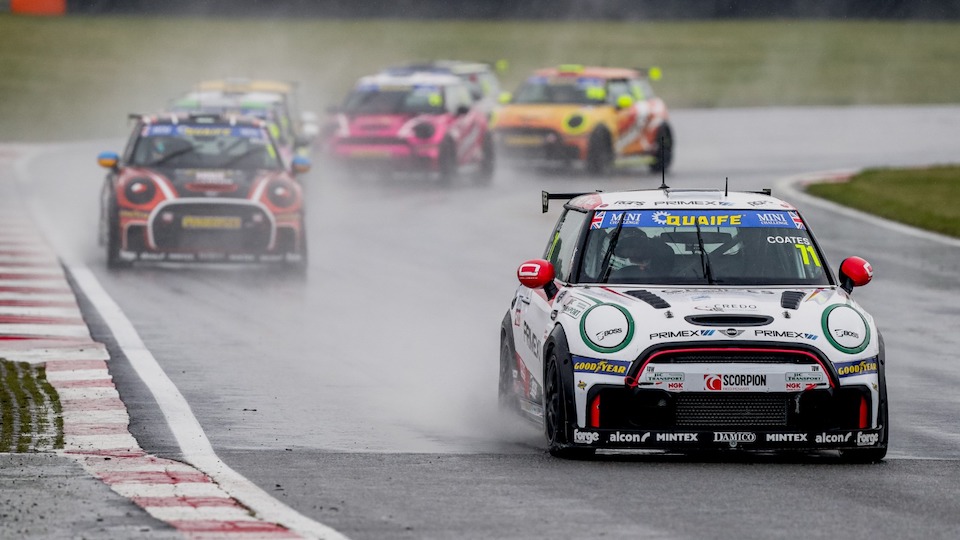 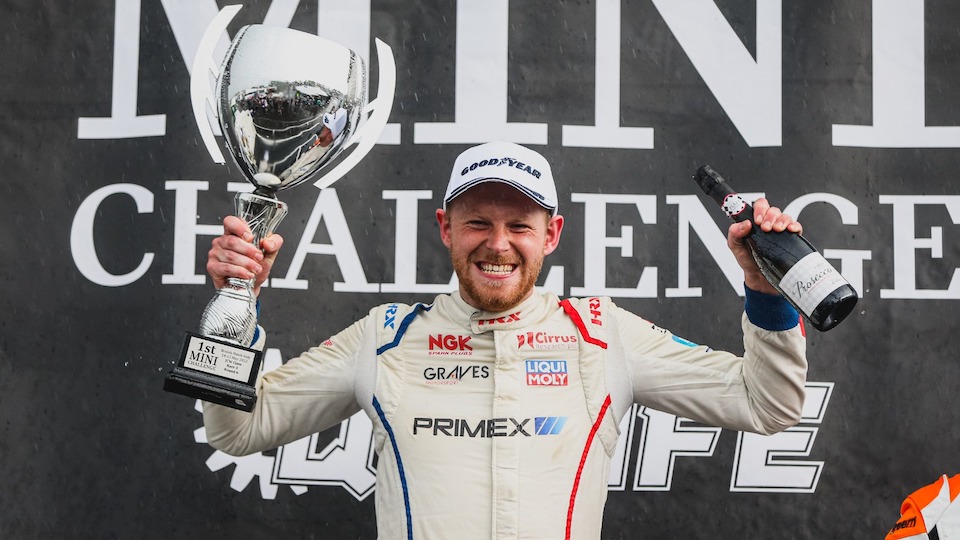 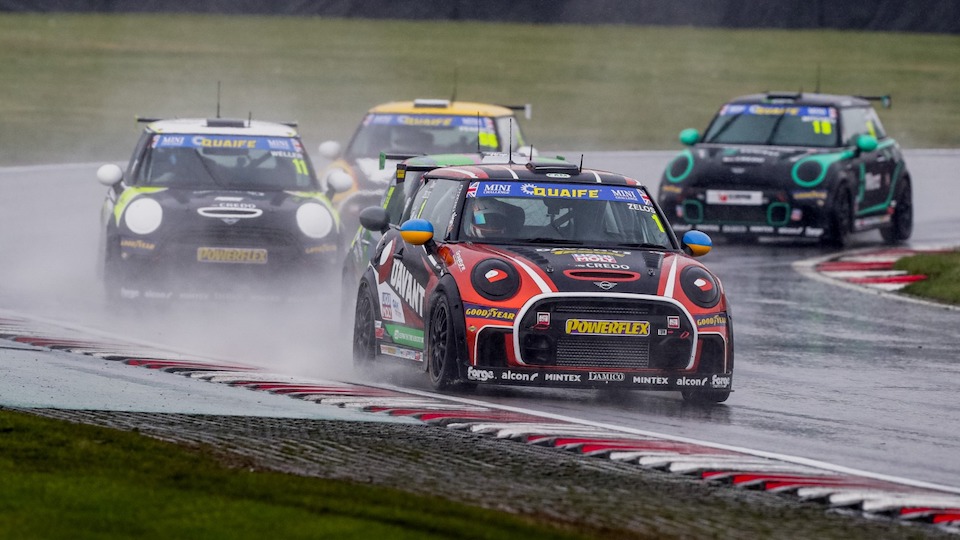