Nelson King made it two wins from two in the Quaife MINI CHALLENGE Trophy season opener at Pembrey with a dominant lights-to-flag win in the second race of the weekend.

King started from pole position by virtue of his race one success but was forced to defend from Matt Hammond as the pair headed down to turn one for the first time.

However, coming out of Hatches, Hammond couldn’t get his car to engage second gear which allowed King to break away, with Hammond slipping back into the chasing pack before he was then forced wide onto the grass heading towards the Esses and suffered a spin.

With team-mate Nicky Taylor climbing up into second spot on the opening lap, King was able to gradually edge away at the front to take the flag with a comfortable margin of more than seven seconds.

“It’s never simple but that one was more about tyre conservation,” he said. “Obviously Matt having an issue helped, as did the fact that Nicky managed to get up into second spot but it was a great race.

“Two wins is great and a third would be nice tomorrow but it’s all about staying out of trouble and making sure we score well to add to the points we’ve picked up already.”

Taylor’s run to second place came as a result of him being able to get ahead of Lee Pearce on the opening lap, although he didn’t have the pace to keep up with King at the front.

He was however able to hold off the challenge of Alex Solley in the closing stages as the Graves Motorsport trio locked out the podium spots – with second all the more impressive given Taylor was struggling with an issue with the brakes on his car.

“It’s a pretty good result for us and hopefully we can get the ABS issue we had in that one sorted for tomorrow,” he said. “It was tough, but I managed to drive round the problem and a 1-2-3 is a fantastic result for the team.”

The early stages of the race had seen Louie Capozzoli running in third spot at the head of a four-car battle that also included Tom Ovenden, Pearce and Solley.

The quartet ran together until Ovenden made his move to try and grab third going into Spitfires on lap ten only to clash with Capozzoli – which saw both drivers run off track.

That allowed Solley through to third with Pearce behind in fourth, with Ovenden eventually able to recover back through to fifth having dropped back as far as eighth.

Charlie Mann took sixth spot ahead of Capozzoli, with Jack Byrne securing eighth spot to wrap up a second rookie win of the weekend.

After his lap one drama, Hammond managed to battle back through to 14thj spot, with all 28 starters able to make it to the finish successfully.

Both Alex Jay and Tyler Lidsey would fail to make it out on track as their damaged cars continue to be worked on in the paddock following their race one accident.

The top four will be reversed on the grid for race two on Sunday morning. 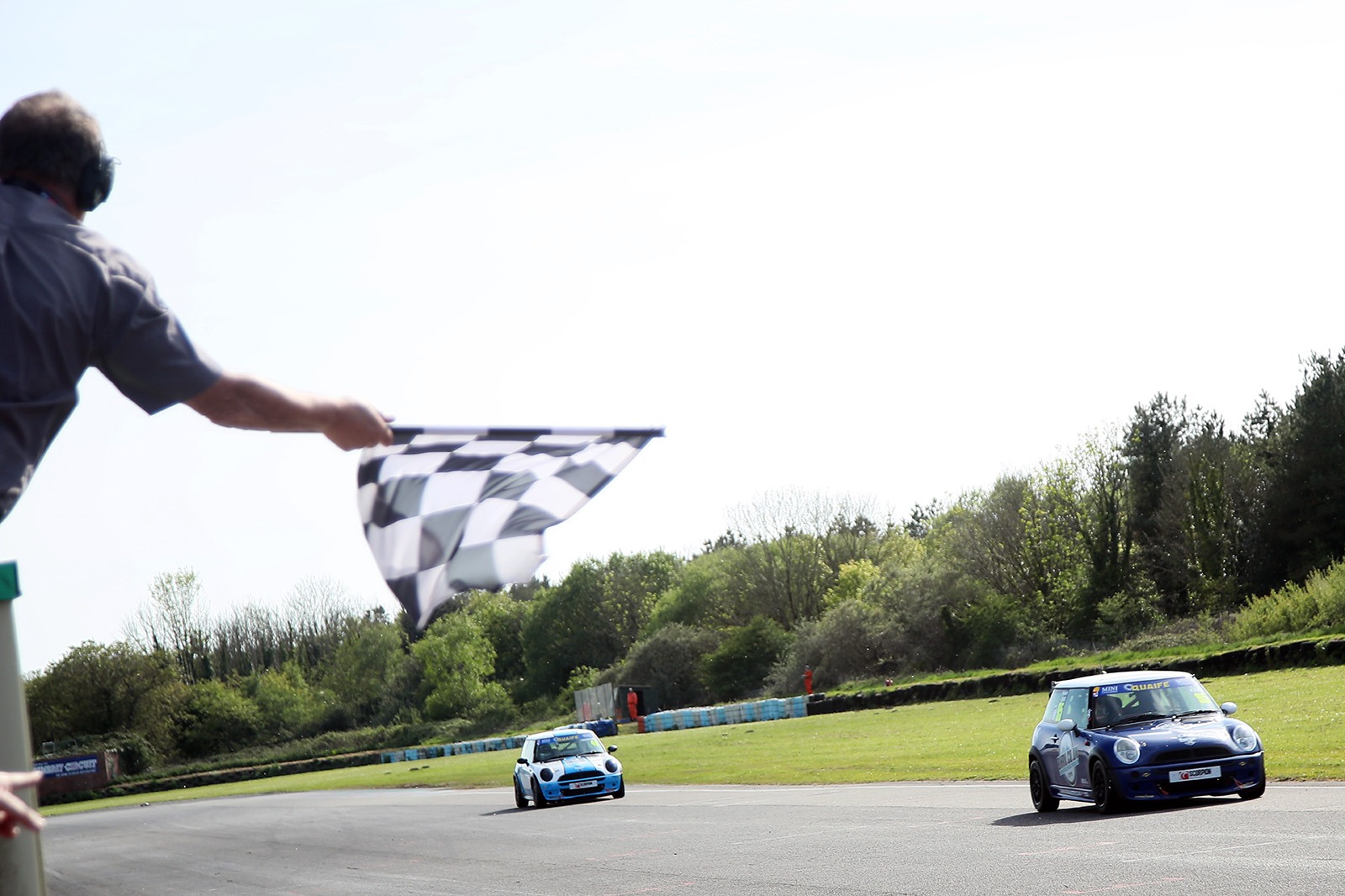 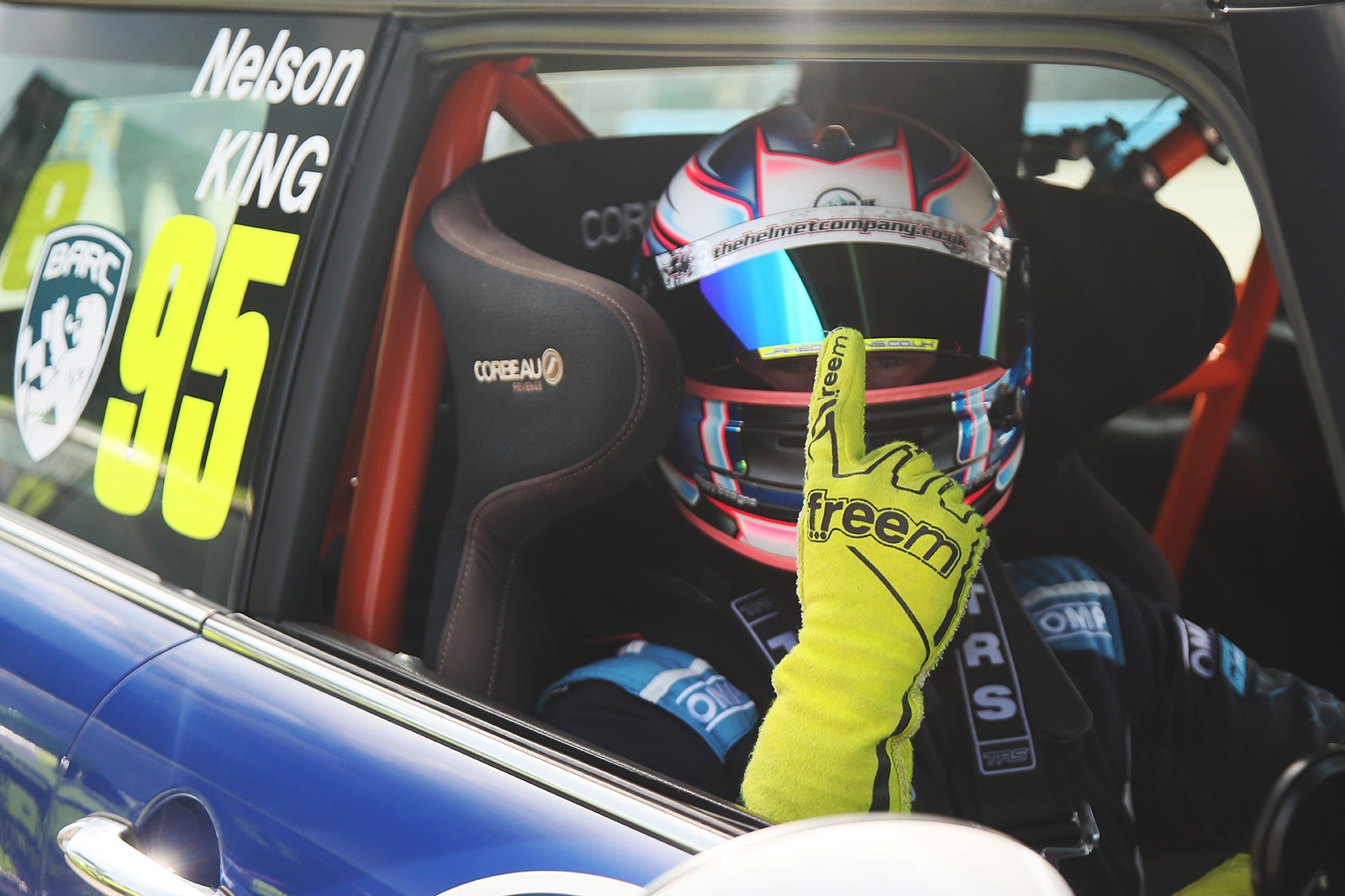 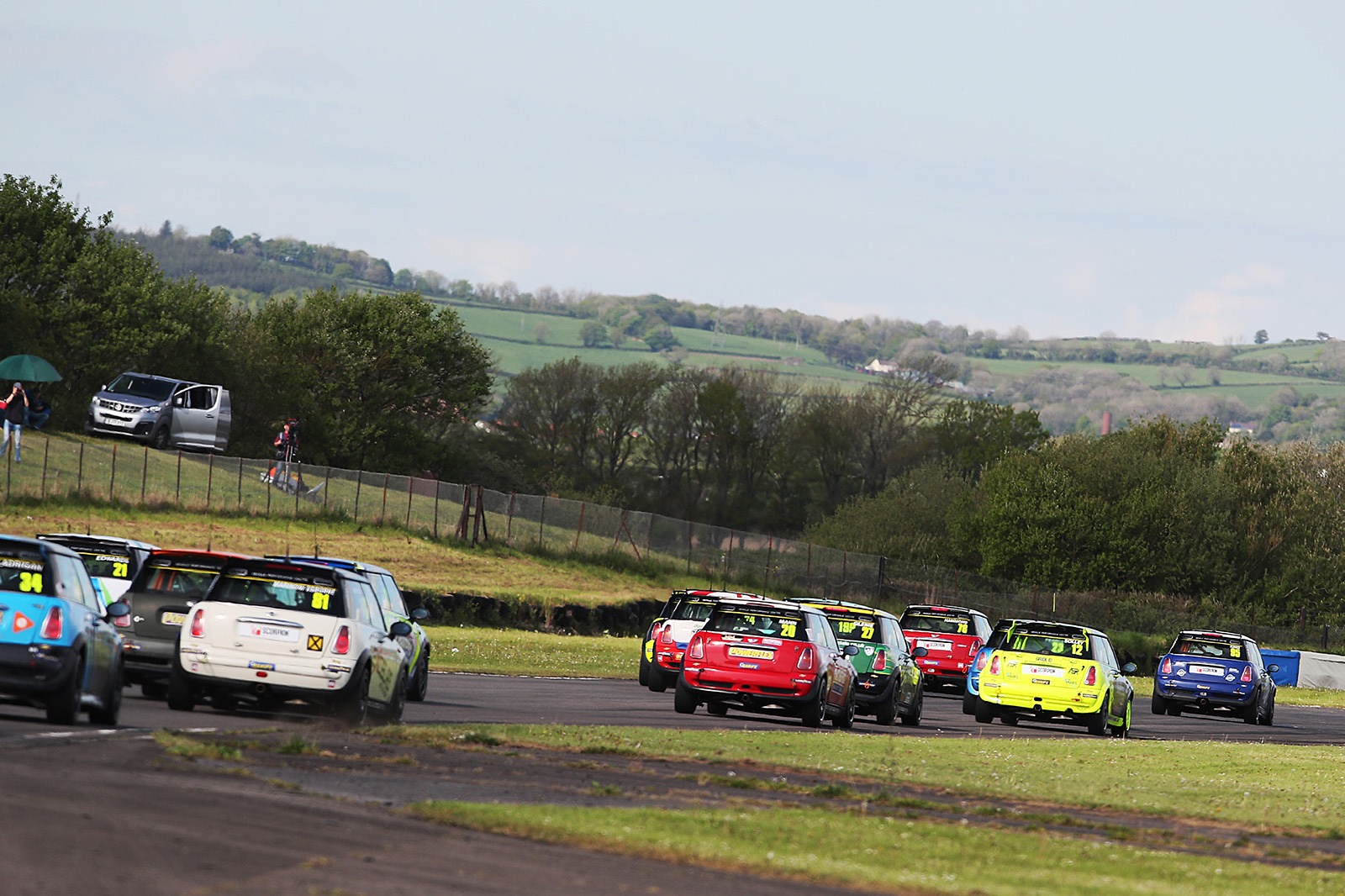