Having grabbed a maiden race win in the Quaife MINI CHALLENGE on Saturday, Sam Weller didn’t have to wait long for win number two after the Hybrid Tune raced doubled up in the second race of the weekend.

Weller started from pole position by virtue of his race one success, and he was able to make the ideal start when the lights went out to lead the field into turn one for the first time.

As had been the case in race one, Weller was able to ease away from the chasing pack behind after an early caution period to recover the cars of Joe Tanner and Ross Marshall from the side of the circuit after the pair were caught up in separate incidents on track.

Once the action got underway in earnest, it would prove to be a somewhat lonely race out front for Weller as he stormed to victory by more than six seconds to cement his position as the early championship leader.

“It was good to get the monkey off my back yesterday and I felt so much more relaxed going into that race,” he said. “I knew we had the pace in the car and all I had to do was get my head down and break away.

“It feels good to be able to withstand the early pressure and grab the win. Hopefully we can have a good run in the reverse grid race to cap what has been a really strong weekend.”

Behind Weller, Jack Davidson was able to repeat his second place finish from race one, holding position at the start of the race and then withstanding pressure from behind when the chasing pack closed in.

Seeing off a huge attack into the final chicane on lap eleven, Davidson grabbed second place once again for LUX Motorsport, with Jack Mitchell rounding out the podium for JWB Bird Motorsport in third.

As on Saturday, Mitchell had lost places at the start as he struggled to get away from the line to run in fifth spot, with Alex Denning and Jason Lockwood ahead on track.

Mitchell managed to get ahead of Lockwood to take fourth on lap six when Lockwood lost momentum trying to overhaul Denning and – after a last corner scramble jumbled the order on lap eleven – then managed to nip ahead of Ronan Pearson to take third on lap twelve.

“It was a tough race and a bit of an eye-opener but I’m pleased with third,” he said. “I need to work on my starts but we grabbed a podium there and set the fastest lap, so I’m happy with how the race went.”

Before Mitchell had chance to try and chase down Davidson, the action would be halted after Denning’s car came to a halt at McLeans having lost a wheel, which was a legacy of running wide at Coppice a lap earlier whilst part of the podium battle.

A high-speed trip across the grass damaged the wheel enough that when the Graves Motorsport man turned into the Old Hairpin, the front left departed from his car and he found himself coming to a halt.

With the result declared as at the end of lap 13, Pearson took fourth spot ahead of EXCELR8 team-mates Jason Lockwood and Dan Zelos, with Robbie Dalgleish producing a strong drive to come from 13th on the grid to take seventh, with Ru Clark, Jamie Osborne and Bradley Gravett rounding out the top ten.

Following their issues in race one, Max Coates and Lewis Brown both made up strong ground from the back of the field, with Coates taking eleventh spot and Brown making it to 13th.

The reverse grid draw will see Zelos starting from pole. 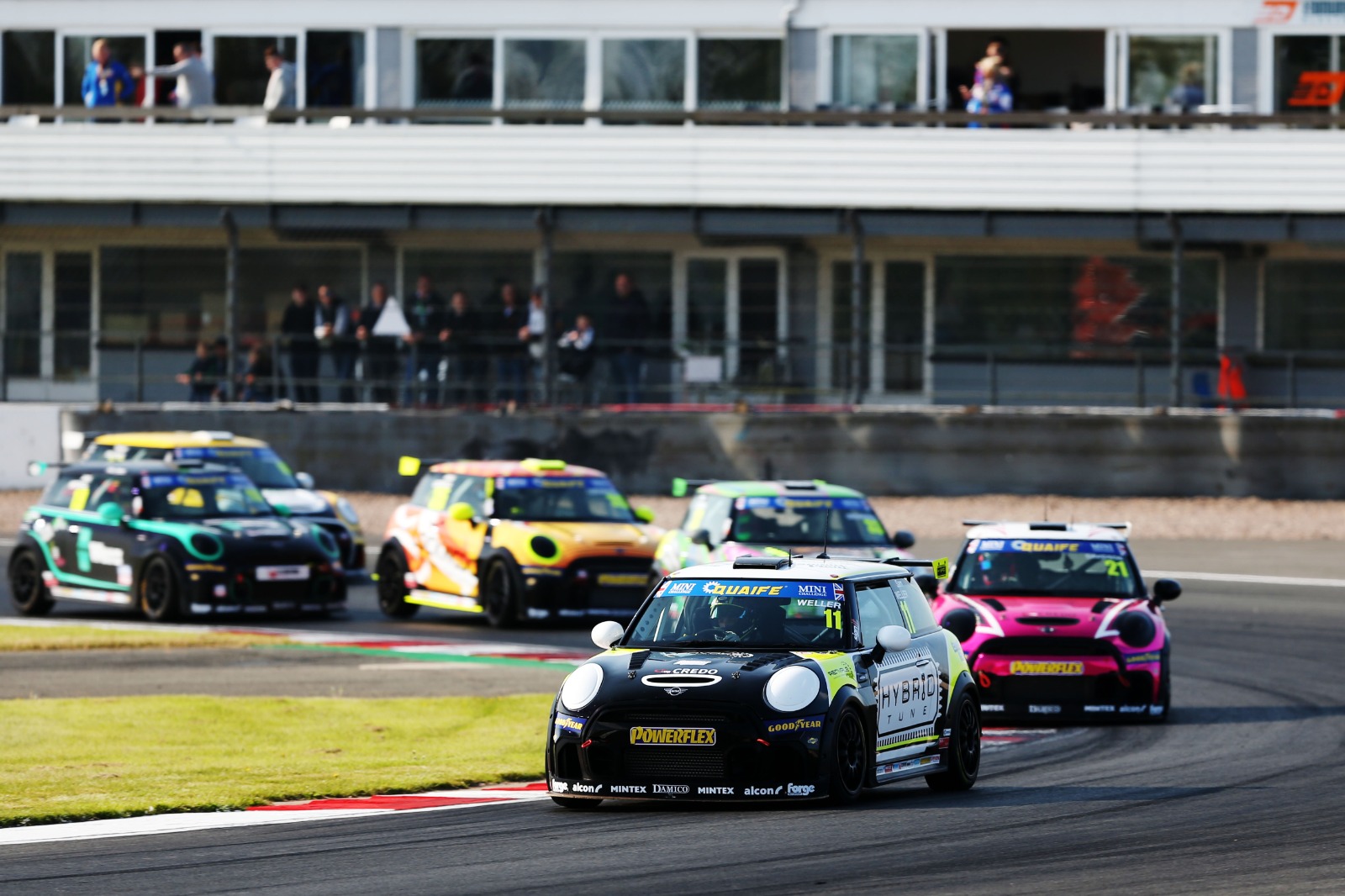 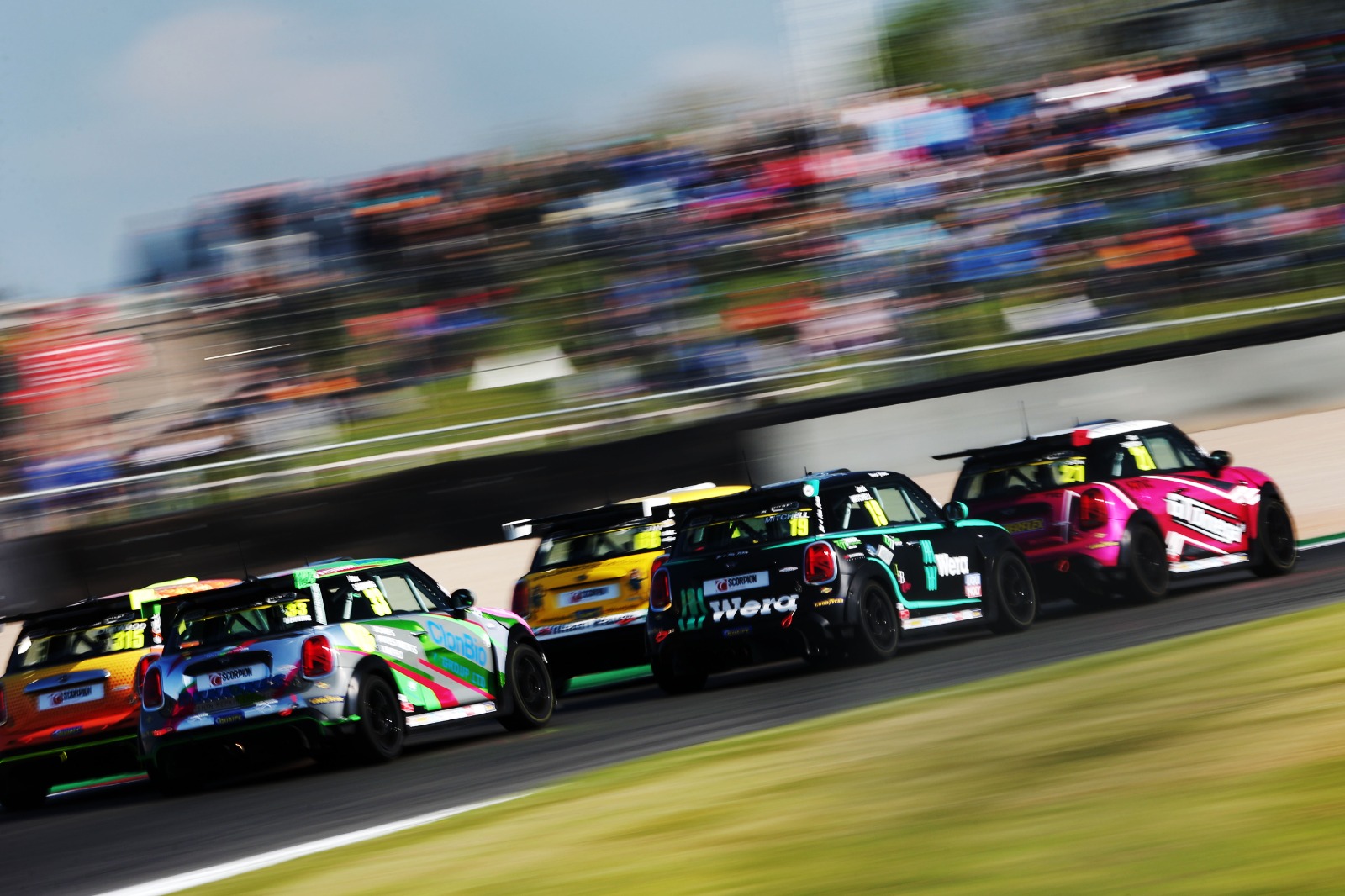 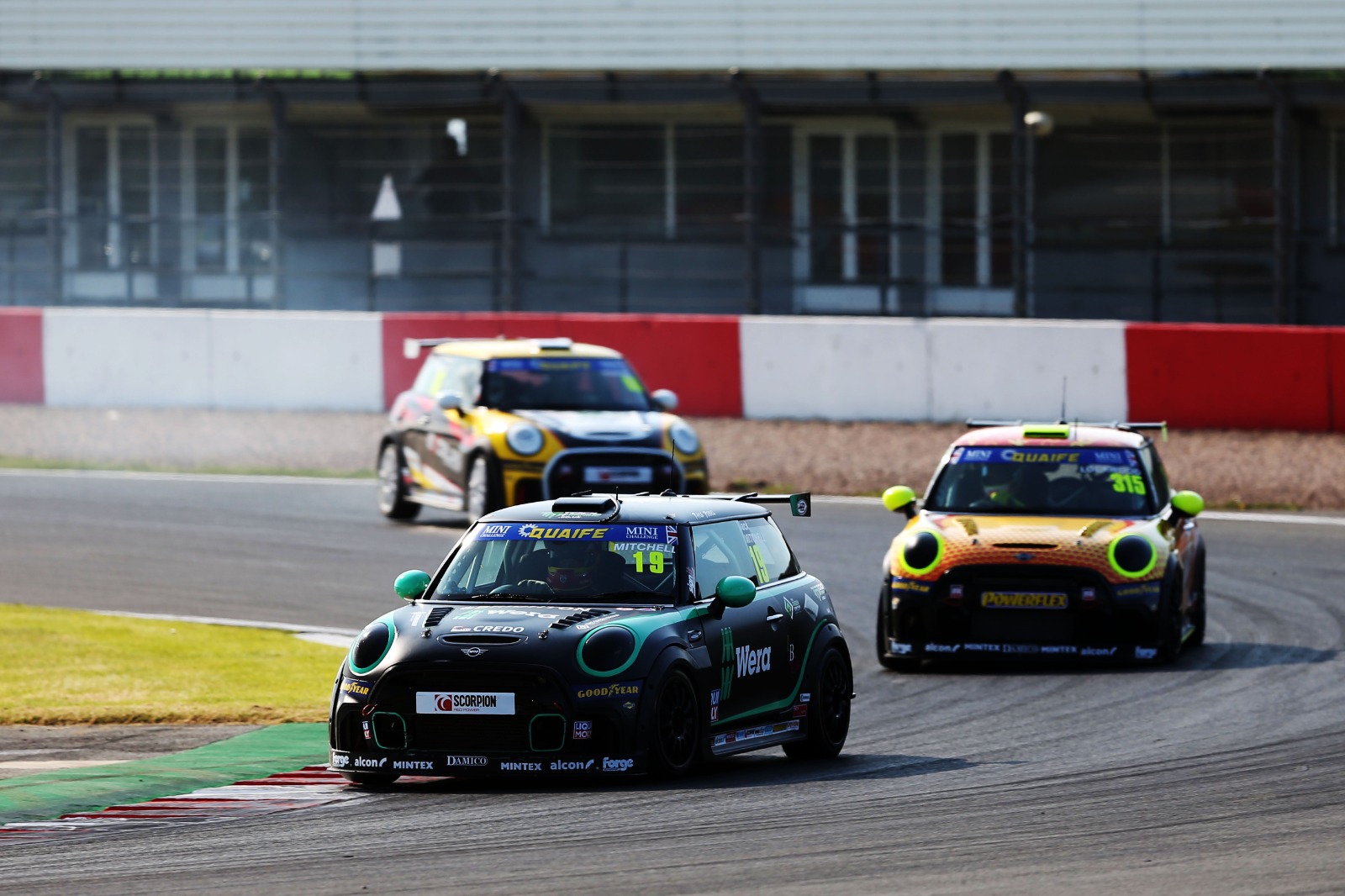