Having gone close multiple times last season, Sam Weller successfully made it onto the top step of the Quaife MINI CHALLENGE podium with victory in the opening race of the new season at Donington Park.

Weller qualified third on the grid behind Lewis Brown and Jack Mitchell and jumped up into second spot when the lights went out when Mitchell was slow away from the line.

Settling into behind Brown, the pair quickly started to build a gap over third placed Jack Davidson, who had made a fine start to climb from eighth into the podium spots on the opening lap but then found himself holding up the pack behind.

Brown gradually started to ease away from Weller at the front and had built a lead of more than 2.6s when his Graves Motorsport car suddenly slowed on the twelfth lap having picked up a front left puncture, forcing him to bring the car back into the pits and dropping him well down the pack.

It promoted Weller through into the lead and with a handy gap over Davidson behind, he was able to ease his Hybrid Tune-run car to the flag for a maiden win.

“It feels about ten months overdue if I’m being honest but I’m delighted with that,” he said. “The pace from me and Lewis was really strong early on before he had the issue and whilst it’s a shame for him, I’ll certainly take it.

“You have to invest so much time, effort and money to do this, so to get that first win is fantastic.”

Behind Weller, Davidson would start his campaign with a solid second place finish as the pace of the LUX Motorsport car improved as the race wore on – allowing him to edge away from a huge battle for third between Alex Denning and Jack Mitchell.

Denning had been able to jump ahead of Mitchell at the start of the race as the latter got his car moving with the pair soon running together on track after Mitchell had sneaked ahead of team-mate Jamie Osborne on the third lap.

Jason Lockwood briefly got involved in the battle but the right for third would ultimately come down to Denning v Mitchell as the clock counted down. Mitchell did briefly get ahead on the run over the start/finish line on lap nine and then did sneak through three laps later only for Denning to then reclaim the spot a lap later.

The rookie then held on to secure the spot and also wrap up the Rookie Cup victory with Mitchell and Lockwood following close behind in fourth and fifth.

“I couldn’t be happier,” he said. “We had great pace in the car and it was a fantastic race with Jack – we were fighting pretty much from start to finish. I’m over the moon start the year with third place.”

The top six was completed by Ronan Pearson, who worked his way through the tightly-packed midfield to run in tenth spot before taking advantage of two attempted overtakes ahead to grab three extra spots in the final laps.

The first of those saw him nip past Ru Clark at turn one when he ran deep trying to pass Bradley Gravett, and he then passed Gravett and Dan Zelos in one go as the pair diced for position a few laps later.

Zelos would follow his EXCELR8 team-mate home in seventh as he started his defence of the title, with Gravett, Osborne and Clark rounding out the top ten.

Elsewhere, Directors Cup honours went to Joe Tanner in 13th, despite the fact he was forced to start from the back of the grid and ten seconds after the rest of the field after his car was found to be underweight after qualifying.

“We were right up there in qualifying before the penalty and I didn’t know what we could do in the race with the penalty,” he said. “However, the car was amazing; it was on rails! We got the a trophy which is great, and I can’t thank them enough.”

Brown’s puncture and resultant stop left him down in 23rd spot, although his still picked up the six bonus points for fastest lap, with Max Coates also in the wars after contact on lap one saw him pick up a puncture – and additional damage – that left him way down the order in 25th.

Geri Racz spun out of his debut on the opening lap trying to avoid incidents ahead, with James Griffith, Leo Panayiotou and Harry Nunn also unable to make it to the finish. 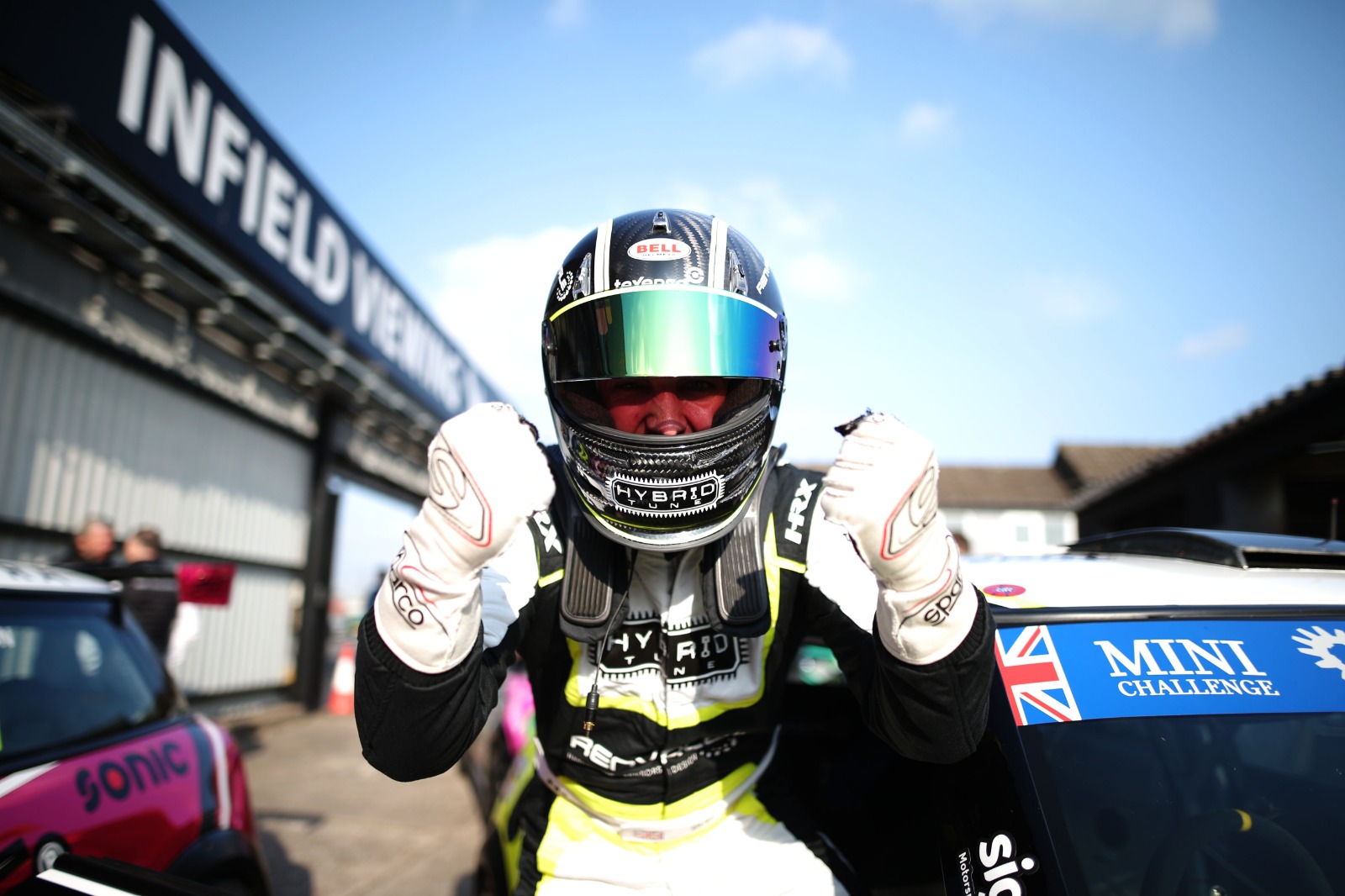 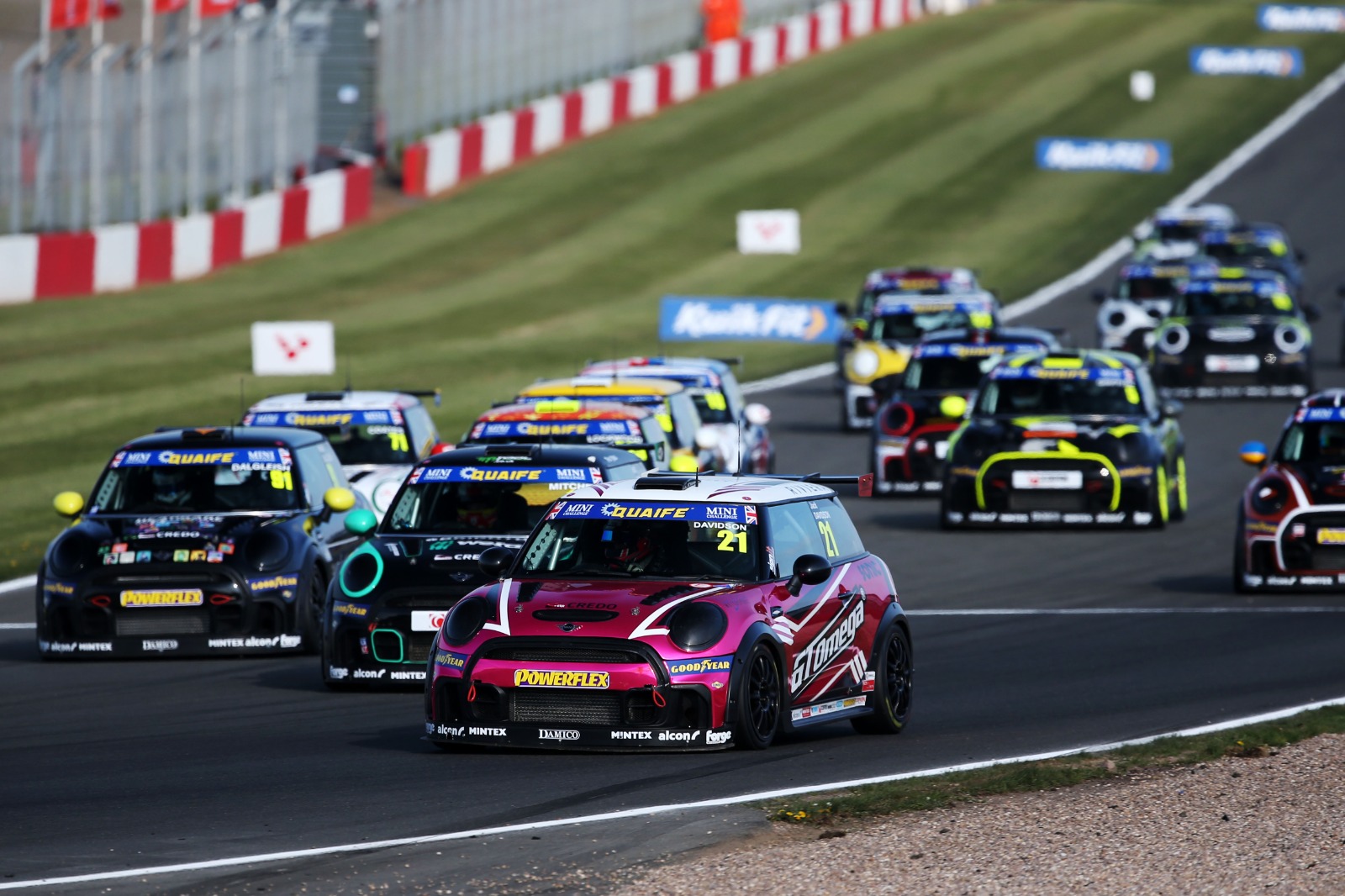 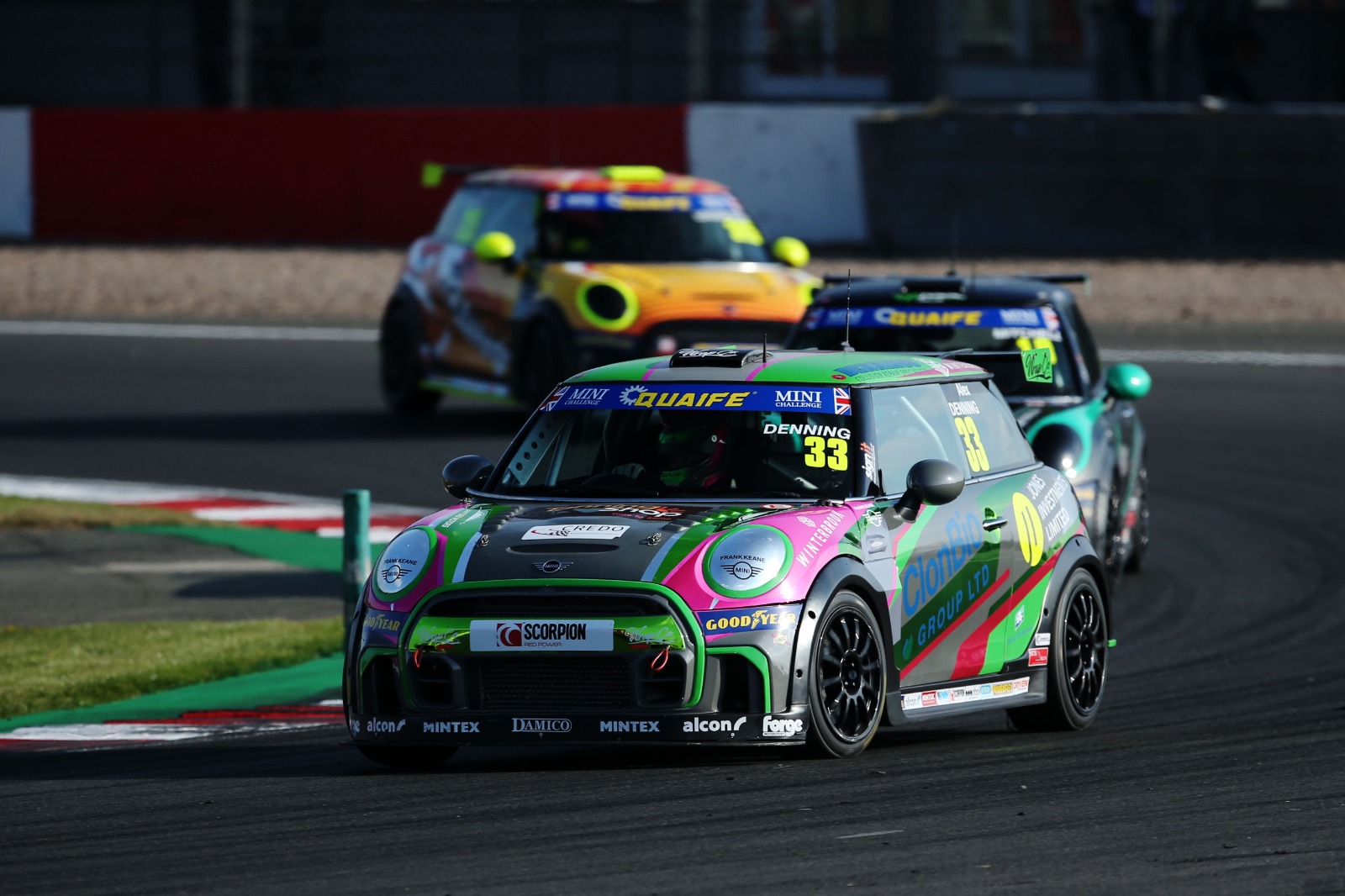