Jack Davidson secured his second victory of the Quaife MINI CHALLENGE after a dramatic opening race of the weekend at Donington Park.

The race kicked off with Max Coates on pole after topping the times in qualifying for Graves Motorsport, and he held the lead when the lights went out and the field streamed down to Redgate for the first time, with Sam Weller and a fast-starting Davidson both managing to get ahead of front-row starter Max Bird.

Coates would lead for the majority of the opening lap before Weller nipped ahead, with Davidson then demoting Coates down to third as the field headed into turn one for the second time.

Behind, Ronan Pearson had made up two spots to run in fifth spot ahead of Jim Loukes, with Jason Lockwood the big loser after a tardy getaway saw him drop down outside the top ten; points leader Dan Zelos one of those to get ahead as he looked to recover from his grid penalty.

With Bird struggling with a brake issue on his car, Pearson nipped ahead into fourth going into lap three, with the leading trio ahead managing to break away from the LDR driver as Bird tried to find a way through.

The pressure would tell on lap five as Bird reclaimed the spot going into Redgate, just before the lead changed as both Davidson and Coates sneaked ahead of Weller.

Once clear of Pearson, Bird quickly closed onto the leading three and exiting Coppice on lap seven, the top four were ahead; Davidson holding onto his advantage on to the chicane but things changing behind as both Weller and Bird got ahead of Coates.

Pearson then demoted Coates to fifth at Coppice, whilst Zelos was fighting his way forward and had climbed to seventh ahead of Callum Newsham when the safety car was deployed to allow Lydia Walmsley’s BTC Racing-run car to be recovered after coming to a halt at pit exit.

Davidson would back the field right up before reaching the safety car and after a single lap under caution, the Scot was able to edge away through the closing laps and took the flag for his second victory of the campaign.

“From fifth to first is pretty good and I can’t complain,” he said. “Huge credit to the team as the was set up mint. I made up two places off the line and then was able to pick people off and it was all clean racing which is really good.”

Davidson will however be forced to take a five place grid penalty into race two having been found guilty of dropping too far behind the safety car prior to the restart.

Weller would take the flag in second spot to add another podium finish to his tally, although the wait goes on for a first victory of the campaign.

“The pace was really strong early in the race but we fell away a bit towards the end,” he said. “There was a fairly robust move for the lead and I had to get out of the way, and there were a few things going on in that race but it isn’t really my place to comment on that.

“The important thing for us is that the pace is there and we are in contention for victories this weekend – we just want that one step further.”

Third for Bird allowed him to take points out of EXCELR8 team-mate Zelos as he finished the race in seventh, with the gap between the pair after dropped scores coming down slightly ahead of race two.

“It’s good points ahead of Dan which is important, but I’m frustrated with the race and some drivers taking things into their own hands,” he said. “However, we had some mechanical issues on our car that we’ll sort for tomorrow so to get a podium is a good result.”

Pearson would cross the line in fourth spot as the top Graduate runner, with the top six completed by Coates and Jim Loukes – who had been in the mix towards the sharp end throughout as he extended his advantage in the Directors Cup.

Behind Zelos, Callum Newsham, Lewis Brown and a recovering Lockwood rounded out the top ten.

Aside from Walmsley, Bobby Thompson would fail to make it to the start after a driveshaft issue, whilst Liam Lambert retired to the pits and returnee Tom Rawlings went off shortly after the restart. James MacIntyre would be a lap down after a driveshaft issue on the green flag lap, although he was able to grab the fastest lap and six bonus points. 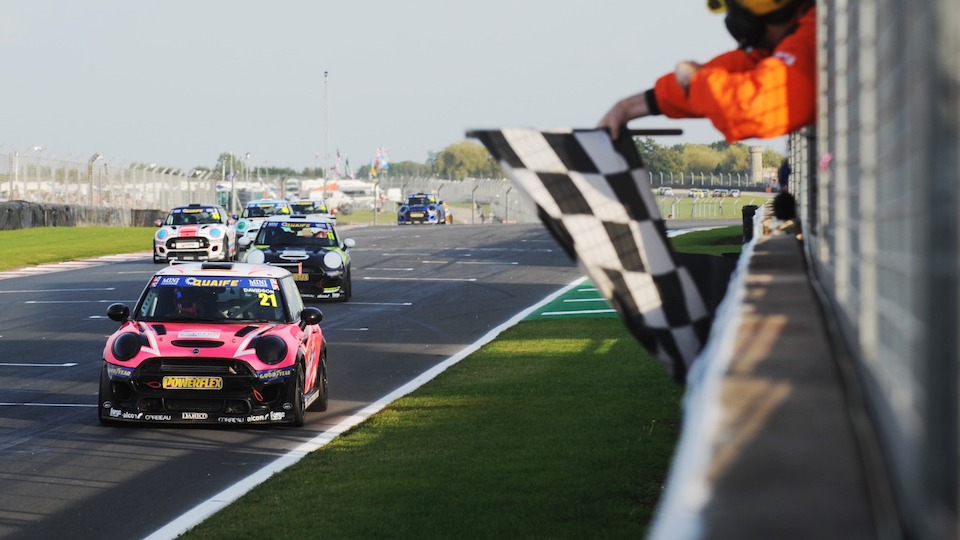 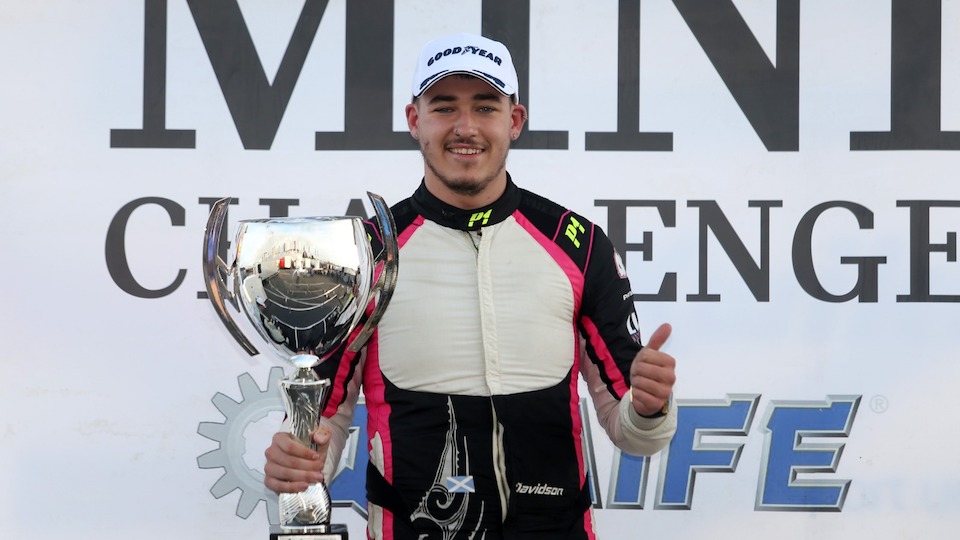 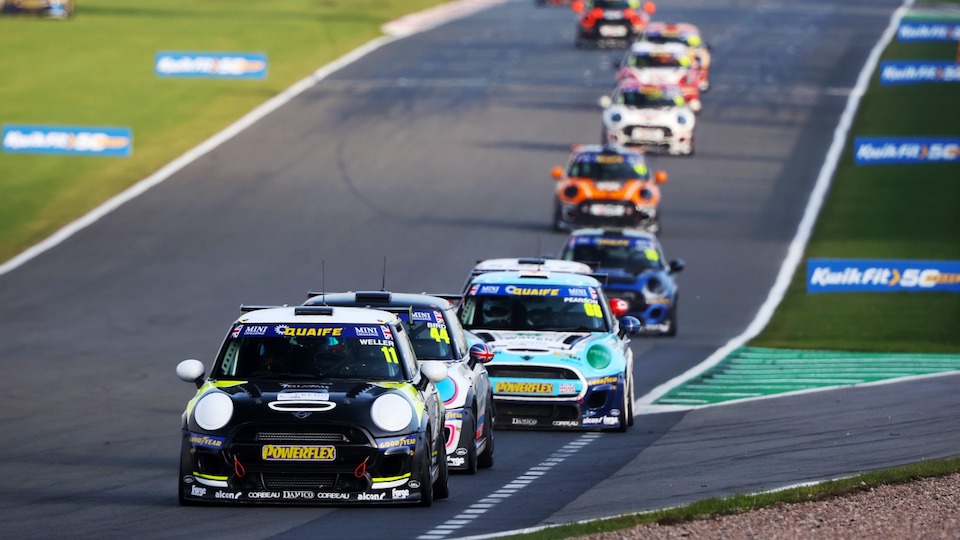