Lee Pearce secured his second win of the Quaife MINI CHALLENGE Trophy season after a shortened final race of the weekend at Thruxton.

The reverse grid draw put Alex Solley on pole and although he got away from the line well, Lee Pearce was able to draw alongside on the run towards the complex to hit the front, with Dominic Wheatley following him through into second spot.

Wheatley tried to make a move for the lead on Pearce on the second lap at the complex but a touch with Solley then delayed both enough for Mike Paul and Nelson King to get ahead, leaving the championship leader with work to do in order to try and get back to the front.

The PerformanceTek Racing man cleared King before the pair then moved ahead of Paul into second place as Pearce continued to lead out front, with King then managing to retake second spot from Wheatley as the pair went through turn one to start lap four.

There were plenty of squabbles in the pack behind, with a dramatic moment seeing Josh Porter take a high-speed trip across the grass on the exit of Church when he tried to go three wide with Paul Manning and Solley through the corner.

That would be the pre-cursor for more drama a lap later when Clark Wells and Ben Jenkins ran side-by-side, with the briefest of contact unsettling Wells’ car and sending him off into a spin.

Heavy contact with the barriers saw Wells’ car get briefly airborne before coming to rest on its wheels.

Wells was able to exit the car himself as the race went behind the safety car but with damage to the barriers, the decision was taken to halt the action with seven laps remaining.

That left Pearce to be declared as the winner for the second time this season, with the Graves Motorsport man having been able to keep team-mate King at bay before the race went under caution – adding to the victory he secured in the season opener at Snetterton.

“The gameplan was to try and get a top three and it worked out okay,” he said. “I managed to break away a bit with Nelson and I think he was hoping to get ahead before the safety car came out and although you don’t want to win that way, I’ll take it!

“I had some bad luck yesterday so this makes up for Saturday and I’m looking ahead to Silverstone.”

King admitted afterwards that he was disappointed at missing the chance to try and make a move for the lead as he picked up his second runner-up finish of the weekend, with Alex Jay rounding out the podium.

Jay had been running down in sixth spot but made up places just before the safety car was deployed in a huge gaggle of cars dicing for the top three spots ahead of Nicky Taylor and double winner Louie Capozzoli. Taylor would later be dropped behind Capozzoli in the results after a time penalty for cutting the final chicane.

“I’ve had plenty of bad luck, so it was nice that luck was on my side then as I’d just got into third when the safety car came out,” Jay said. “It’s great to finish in the top three again.”

The top six would be rounded out by defending champion Harry Nunn, who suddenly finds himself leading the championship standings after dropped scores are taken into account going into Silverstone for the season finale.

That was after Wheatley was forced to retire for the first time this season with an engine issue, with the pair now level on points but with Nunn ahead by virtue of a better head-to-head finishing record.

Tom Ovenden, Lewis Saunders, Paul and Solley would round out the top ten, with Saunders’ result particularly impressive given he had started back in 25th on the grid. Matt Hammond – the other main title contender – took the flag in 14th having also started at the back and will head to Silverstone 15 points off the top. 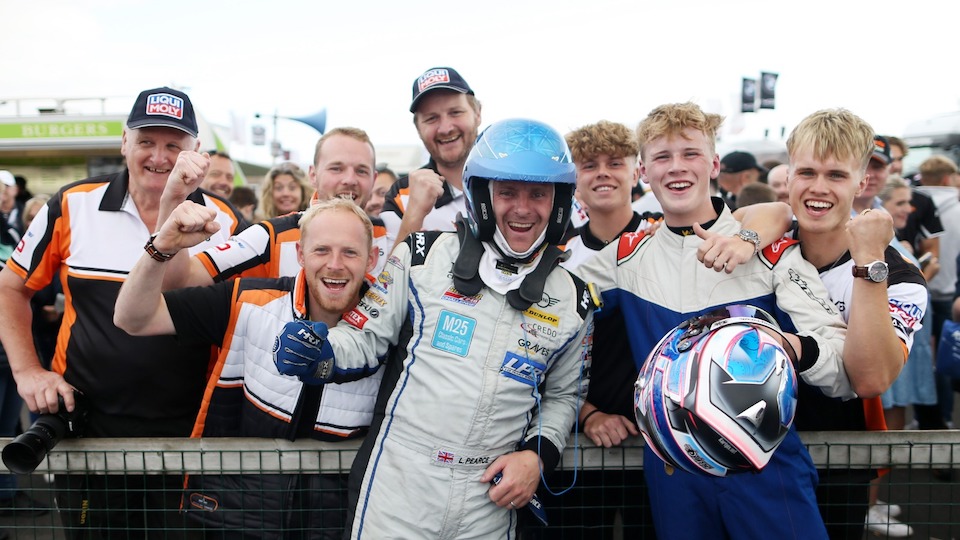