ONE POINT IN IT AS TROPHY RETURNS TO THRUXTON

Just six races remain in the 2021 Quaife MINI CHALLENGE Trophy season as the series rejoins the British Touring Car Championship package this weekend at Thruxton, with just one point splitting the leading two drivers in the race for the championship title.

Even though he remains winless this season, seven podium finishes from the eleven races run so far has seen Dominic Wheatley rise to the summit going into the penultimate meeting of the campaign, with a strong showing on home soil at Croft last time out allowing the PerformanceTek Racing driver to edge ahead of Matt Hammond.

Wheatley secured three podium finishes from three races when the Coopers raced at Thruxton earlier in the season as he looked to keep pace with Hammond in the standings, and will now hope for similar results in order to strengthen his position out front before the big season finale takes place at Silverstone.

Hammond however will be keen to reclaim top spot, having lost the championship lead he had held from the first race at Snetterton back in April.

The former champion, who took a win and second place at his home circuit in round two, saw his title challenge hit by heavy accidents at both Brands Hatch and Oulton Park, with the latter also impacting on his performance last time out at Croft – where he could only manage a best finish of twelfth place.

Hammond’s two DNFs this season mean every result will count for the EXCELR8 driver over the final two rounds, so a return to form this weekend would be appreciated as he seeks to keep his bid for a second title on track.

Whilst the leading pair have a slender advantage over Harry Nunn, the defending champion certainly can’t be discounted, with a brace of podium finishes at Croft allowing the AReeve Motorsport driver to remain firmly in contention.

Nunn took his only win of the season to date in the first Thruxton round and has only finished outside the top ten once all year, with his consistent approach meaning he goes into the final two meetings just 20 points away from the championship lead.

Whilst the championship title increasingly looks like it could be a three-way affair, the chasing pack certainly aren’t giving up the fight, with Nicky Taylor currently ‘best of the rest’ after his strongest weekend to date in the series at Croft.

Taylor had been left playing catch up after a disastrous season opener at Snetterton but broke onto the podium in the opening Thruxton event and then powered his way to a fine victory at Croft last time out to vault up the standings.

The EXCELR8 driver now holds fourth spot but is only seven points clear of Louie Capozzoli, who only missed out on a maiden victory at Croft to a post-race penalty having taken the chequered flag first in the opening race.

The LDR Performance Tuning man has been one of the quickest drivers on track all season and will be eager to avoid a repeat of the dramatic roll he suffered at Thruxton earlier in the year, which almost derailed his season.

Local Charlie Mann currently rounds out the top six having also shown strong pace all season, although he has only managed to break onto the podium once so far in 2021. Mann was quick at Thruxton on the first visit earlier in the year and produced one of the best drives of the season to date as he came from 22nd on the grid to fifth in the final race.

There’s every chance that Mann could add a first win of the season this time around as he looks to retain sixth spot ahead of Lewis Saunders, who took his first pole in the series at Croft to add to the win he picked up at Oulton Park.

Morgan Wroot, Alex Solley – who took pole and a win at Thruxton earlier in the season – and Ricky Page round out the top ten, although the latter isn’t part of the grid this weekend.

Further down the order, there are other drivers worth keeping an eye on, including double winner Joe Wiggin, who took his second victory of the campaign at Croft. Wiggin missed the first Thruxton meeting so will be tackling the fastest circuit on the calendar for the first time as he looks to try and move his way towards the top ten in the standings.

The likes of Alfie Glenie, Alex Jay, Tom Ovenden and Josh Porter will also be eyeing potential silverware this season having shown flashes of speed, whilst Brendan Fitzgerald has suffered a wretched run of form since a star performance in the first Thruxton meeting and holds the lap record around the Hampshire venue – suggesting he could well bounce back to form this weekend. 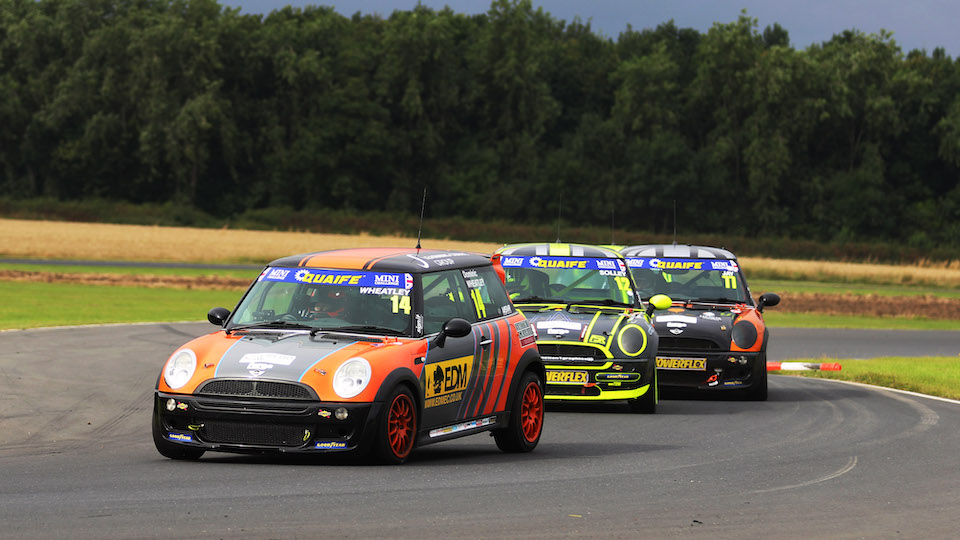 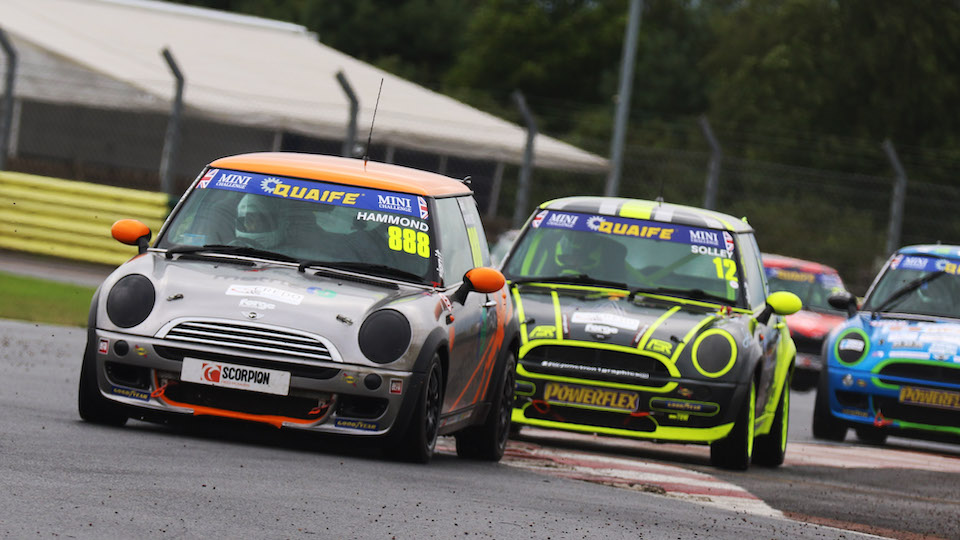 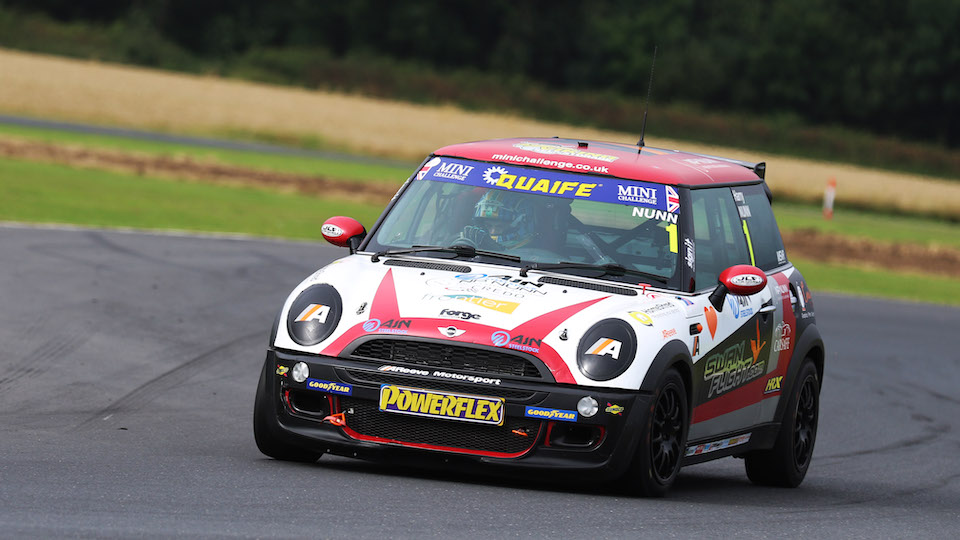 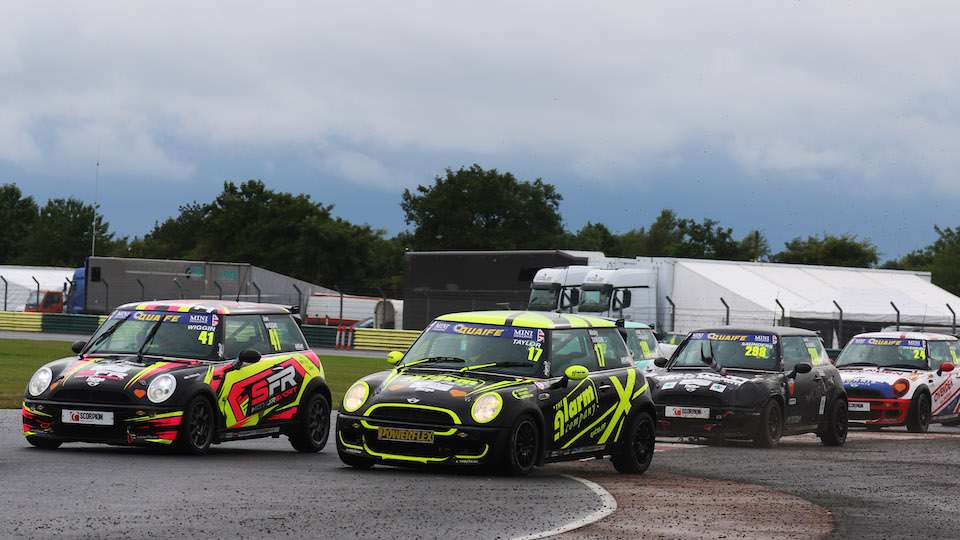