Jack Davidson produced a fine drive in the final race of the weekend at Knockhill to secure his first victory of the Quaife MINI CHALLENGE season.

The reverse grid final race kicked off with Max Coates sitting on pole for Graves Motorsport, and he made the ideal start when the lights went out to lead the field into turn one, with Sam Weller getting the jump on Ethan Hammerton to move into second spot.

Towards the rear of the field however, contact between Paul Taylor and Steve King saw both drivers spin into the barriers and resulted in the safety car being called out.

Taylor would recover his car to the pits before rejoining with damage to the rear of his car, although King would go no further with his car being left parked on the side of the start/finish straight.

Hannah Chapman also suffered a lap one spin after contact at Duffus Dip that dropped her down the order.

The race resumed on lap four with Hammerton putting pressure on Weller for second spot, and he managed to get ahead two laps later as he slipped ahead at turn one, with Davidson – who had started in sixth – also sliding through at turn three.

With Weller forced wide, Jason Lockwood snared fourth, with Weller going three wide with Max Bird and Dan Zelos into the Hairpin but holding onto the position.

At the front, Coates continued to lead the way but Hammerton was under pressure from Davidson, who made a fine move around the outside into Duffus Dip to take the place and then set off after the leader.

Making a move at the hairpin at the end of lap eleven, Davidson drew alongside the leader over the start/finish line and completed the move into turn one, and was followed through by Lockwood, who had moved into the top three at the expense of Hammerton.

Davidson was keeping Lockwood at bay when Isaac Smith’s car suddenly careered off into the barriers at the hairpin, resulting in the safety car being deployed for a second time.

With only a few minutes left on the clock, the race would end under caution, with Davidson taking his first win of the campaign at his home circuit.

“That was such a good race – probably the most exciting one I’ve been involved in in the MINI CHALLENGE,” he said. “There was some great battle and huge thanks to the team, my engineer Luke and my best mate Craig for being the mechanic as he’s been stressed this weekend. I can’t thank everyone enough.”

Lockwood took the flag in second spot to add to his earlier podium finish and also snared the six extra points for fastest lap, with third going the way of former points leader Bird.

He secured his place on the podium just before Smith’s incident when he got ahead of Coates at turn one, no doubt aware of the fact that Zelos was closing in behind having just cleared Hammerton at the Hairpin.

Coates would be classified in fourth ahead of Zelos, with Hammerton ending up in sixth spot to cap one of his strongest weekends of the season to date.

Weller took seventh ahead of Joe Tanner, with Kyle Reid and Ru Clark rounding out the top ten.

The JCW field now heads for Croft next month, with the MINI CHALLENGE Trophy rejoining the TOCA package next time out at Thruxton. 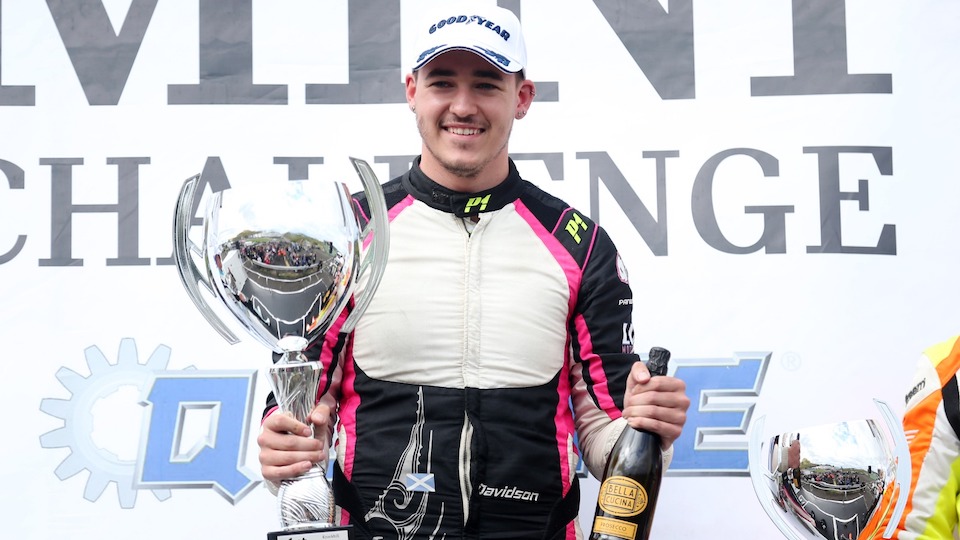 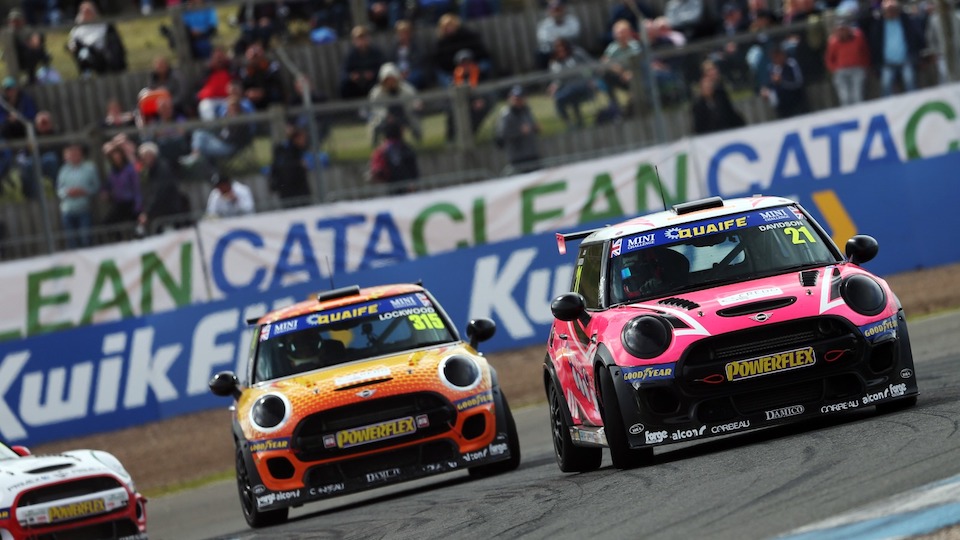 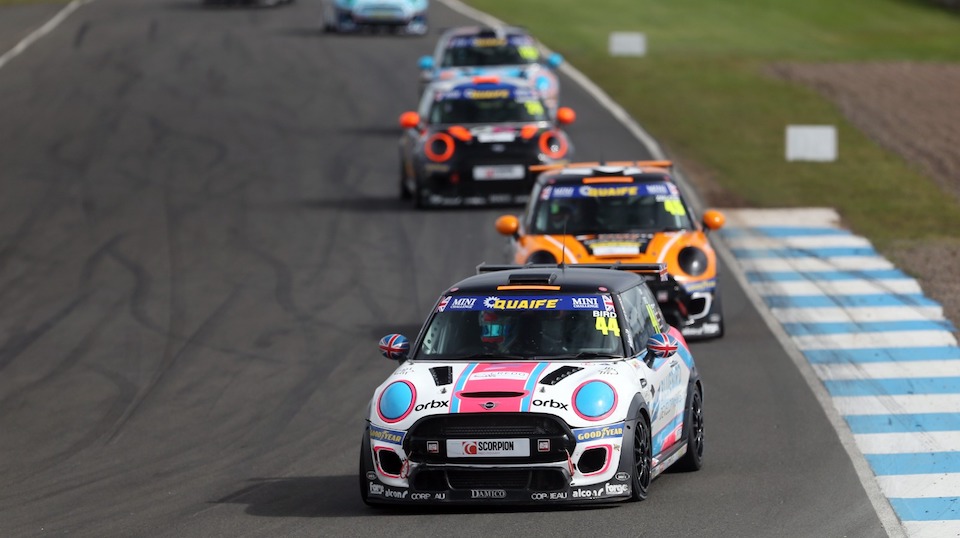