JIM LOUKES TO SIT OUT KNOCKHILL AFTER OULTON PARK INCIDENT

Jim Loukes and the OX4 Racing team will sit out the next round of the Quaife MINI CHALLENGE season following the dramatic incident that saw him retire from the second race of the weekend at Oulton Park.

Loukes had kicked off the weekend with a solid sixth place finish in the opening race of the weekend, securing top honours in the Directors Cup and earning a place on the front row of the grid for race two thanks to the reverse grid draw.

A solid start when race two kicked off saw Loukes briefly move into the lead of the race before being shuffled back to third behind Oliver Barker and Sam Weller, and he held the place through to lap four when he put a wheel on the grass going through Old Hall.

The car would then bounce across the grass before making heavy contact with the barriers at the top of Cascades, with the MINI then digging into the grass and going into a dramatic roll before coming to rest on its wheels.

Loukes was able to climb from the damaged car unaided but with extensive damage, and a short turnaround before the teams need to head to Knockhill for pre-event testing and round four of the season, the team has now withdrawn from the Scottish race meeting to allow repair to be carried out.

“We didn’t get much running ahead of the weekend so things started well to go into qualifying and secure sixth on the grid,” he said. “The first race was a pretty safe one and we just stayed out of trouble and finished where we started.

“I was hoping for better in race two, but obviously it didn’t quite go to plan. The first few laps were good as I got a decent start and I was quite happy running along inside the top three.

“Going into turn one, I just dropped the outside wheel over the kerb onto the grass, and it’s hard to then come back from that. The undulations on the grass was the real killer as it pitched the car up into the air and then I was just a passenger as I headed for the barrier.

“Once the car came off the barrier and went sideways, you know it’s going to dig in and I ended up flipping over which is never a good way to end the weekend.”

Loukes and the team will now look to return to action when the JCWs head for Croft in mid-September. 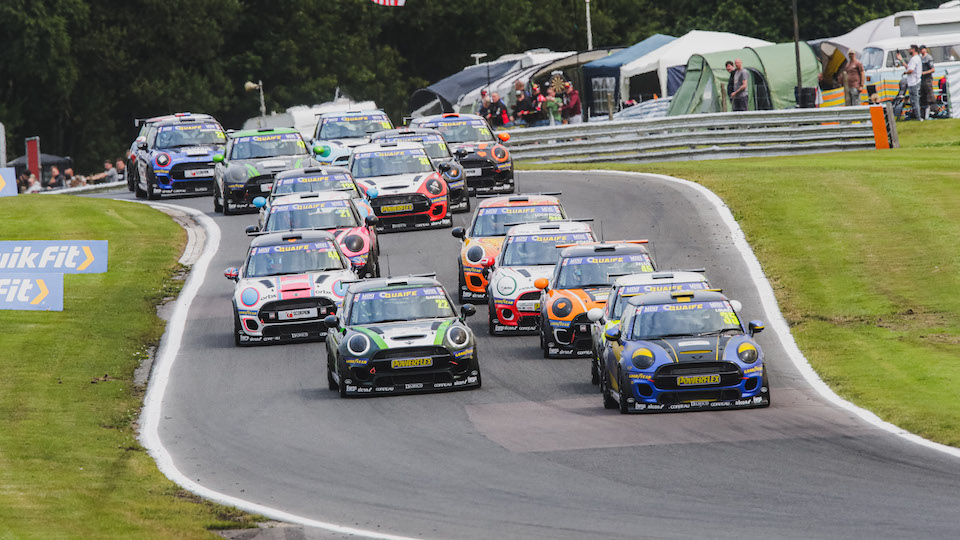 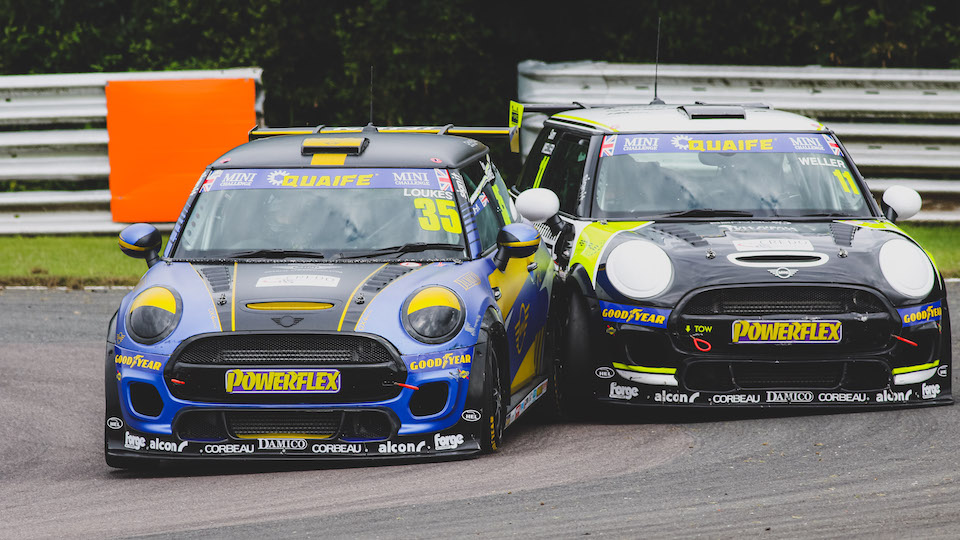