Lewis Saunders has been provisionally declared as the winner of the second Quaife MINI CHALLENGE Trophy race at Oulton Park, which was halted early after an incident for championship leader Matt Hammond.

The reverse grid race had started with Nicky Taylor on pole but the EXCELR8 driver was slow away at the start, allowing Harry Nunn to rocket into the lead from third having gone between Taylor and Alfie Glenie on the run to Old Hall.

Nunn would lead the opening lap before Saunders – who had fought his way up to second from fourth on the grid – managed to get ahead at the second chicane on lap two.

That left Saunders out front from Nunn and Dominic Wheatley going into lap three but the race was then red-flagged after Hammond suffered a sizeable accident on the exit of Druids.

The race was immediately red-flagged to allow Hammond – who was fully conscious – to be assisted from the car, with the EXCELR8 driver then transferred to Stoke Royal Infirmary by air ambulance for further assessment.

With the circuit curfew preventing any further action from taking place, the race result was taken as at the end of lap two, with Saunders taking his first win in the series as a result ahead of Nunn and Wheatley.

The result remains provisional pending further investigation, which will take place at a later date.

The MINI CHALLENGE Trophy season will resume at Croft on 7 August. 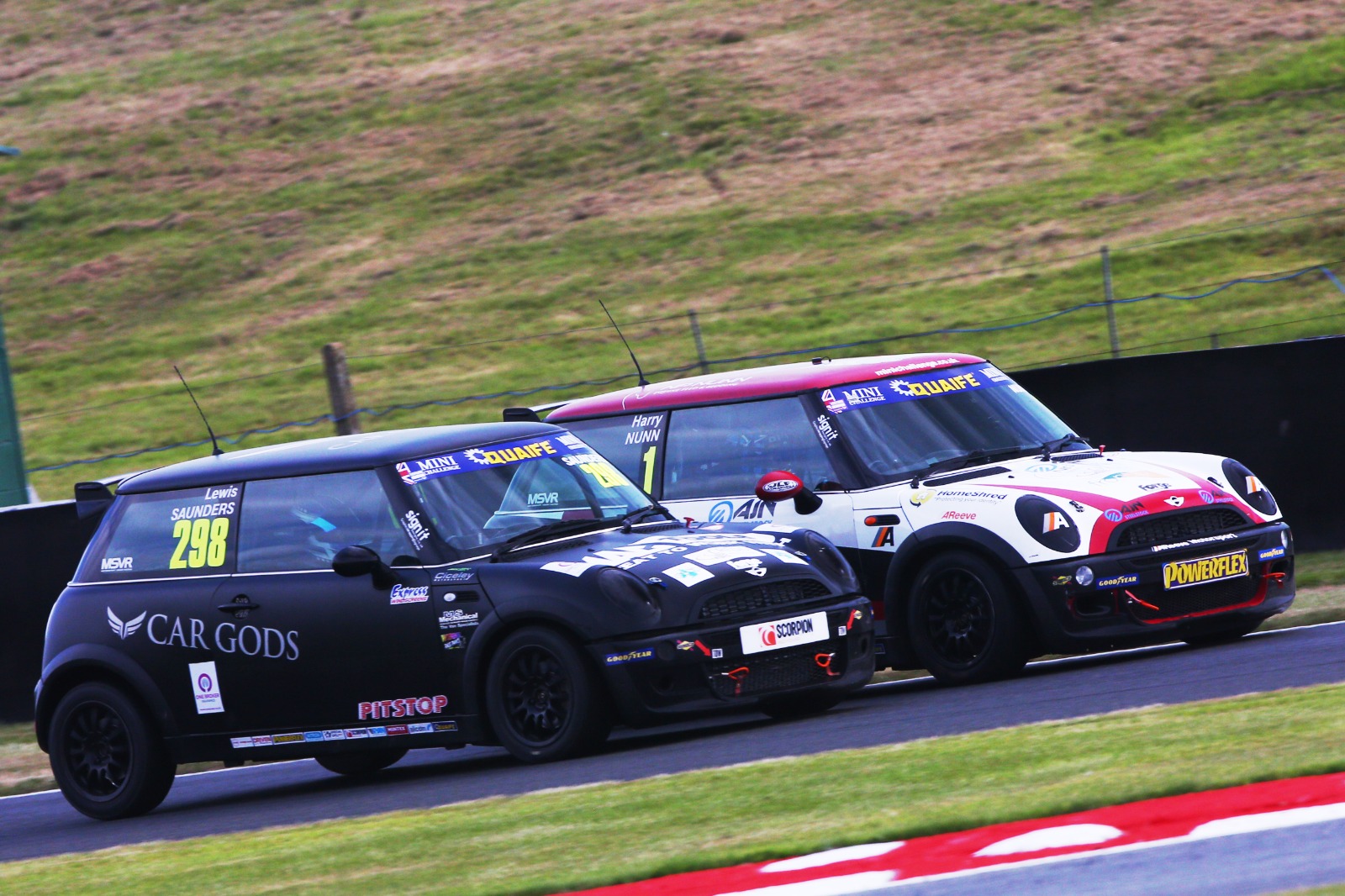 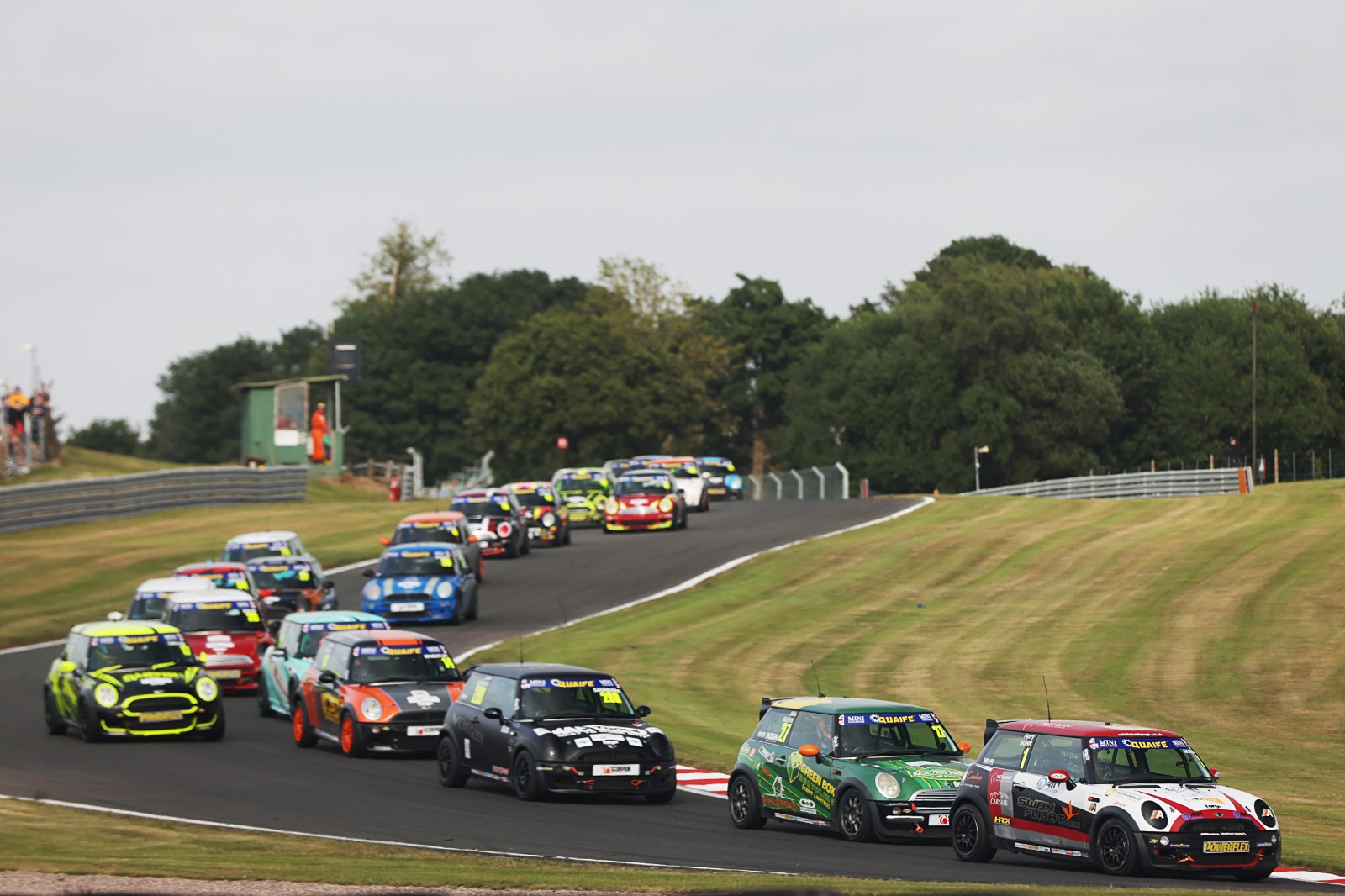