LEWIS BROWN DOUBLES UP AT SNETTERTON

Lewis Brown made it two wins from two at Snetterton to strengthen his early advantage at the head of the QUAIFE MINI CHALLENGE standings.

The LDR Performance Tuning driver had started the race on pole by virtue of his victory in the opening race of the weekend on Saturday afternoon, but when the lights went out at the start, it was Sam Weller who made the best getaway to rocket into the lead going into turn one.

Weller’s bid to try and break away was undone part way round the opening lap when he ran slightly wide at Hamilton and got dirt on the tyres, which meant he was then vulnerable to a move from behind through the remainder of the lap.

Going through the final corner, Brown was able to nip back ahead into the lead and quickly established a gap of just under a second, with Weller edging away from third placed Max Bird.

As the race progressed, Weller started to close back in on the leader – posting the fastest lap on lap seven to bring the gap down to under half a second – but Brown was able to hold on to pick up his second straight win.

“It was more difficult than I expected it to be as I saw Max was on old tyres in the assembly area so I hoped to be able to keep the lead at the start and pull away,” he said. “However, Sam got a mega start and got ahead but he then had a moment and I got ahead.

“I managed to get a gap but he came back at me and I thought we’d have a rough final few laps when he closed in, but we held on. I wanted two podiums from this weekend and have two wins, so it’s gone well so far.”

Weller’s solid run to second spot almost came to nothing when he suffered drama on the final lap heading through the high-speed left-hander at Coram. The left front tyre on the Hybrid Tune car suddenly let go but luckily Weller was able to run across the grass and make it over the line to pick up a second podium of the weekend.

“I seem to have the starts sorted!” he said. “I didn’t expect that to happen but I hooked it up to get the lead, but then ran a bit wide at Hamilton which got dirt on the tyres and that compromised me.

“I managed to catch back again but going into Riches on the final lap I felt a vibration which wasn’t good. It faded away a bit but then under the bridge, it returned so I just backed off as I knew I had a gap behind but going through Coram it let go. I was lucky that it was the final lap to be honest.”

Bird would take a somewhat lonely third place as the three podium finishes from Saturday again locked out the top three place, but the fight for fourth would rage throughout behind.

Jack Davidson held the position off the line at the start but would face huge pressure throughout from Dan Zelos in a carbon copy of the battle that the pair had enjoyed in race one.

Zelos would try and make a move more than once going into the Wilson hairpin but couldn’t make it through, with Isaac Smith and Ethan Hammerton then joining the battle to make it a four-way fight for the position.

When Davidson backed the pack up going into Wilson on lap seven, Smith was able to make a move on Zelos to get ahead but then ran wide at the final corner when trying to get ahead of Davidson – getting dirt on his tyres and then going off at turn one on the following lap.

That left Davidson to take fourth sport from Zelos and Hammerton – who took Graduate Cup honours in the process – with Ronan Pearson just behind in seventh spot. Smith would end up back down in eighth spot after recovering from his turn one moment to remain on track.

“I had Dan behind me again and tried to make the car as wide as possible as he was there the whole time,” Davidson reflected. “It was a really enjoyable battle and I managed to get a bit of gap when I backed them up and Isaac got ahead of Dan. It didn’t last long as he was soon right back behind me so I’m happy to pick up P4 again.”

Behind Smith, Brad Hutchison took ninth place, with the top ten completed by Jim Loukes as he once again took Directors Cup honours.

Loukes will now start race three from pole thanks to the reverse grid draw.

“I’m really pleased as we were quick in testing but then lost best our time in qualifying,” he said. “We’ve been trying to work our way forwards and it’s great to get into the top ten. We’ve got good pace so I’m hoping we can do more in race three.”

Outside the top ten, Jason Lockwood worked his way up to the fringes of the top ten from the back of the grid after his race one clash with Max Coates, but ended up classified in 14th spot after a penalty for exceeding track limits. That was better than Coates was able to manage however, with the Graves Motorsport man ending up back in 24th after his car got stuck in sixth gear.

Callum Newsham, who had also failed to finish race one after a driveshaft issue, came through to 15th spot.

Five drivers would fail to finish, with Oliver Barker and Kenan Dole getting involved in a clash at Agostini on the opening lap, and James MacIntyre and James Griffith both suffering spins at turn one before then retiring from the action.

Robbie Dalgleish meanwhile was unable to build on a solid race one result when driveshaft trouble put him out before the start. 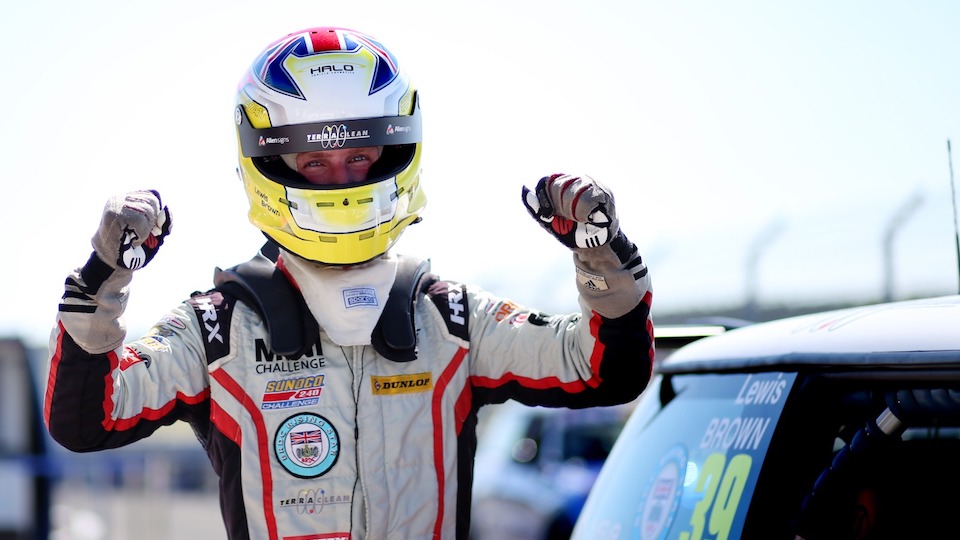 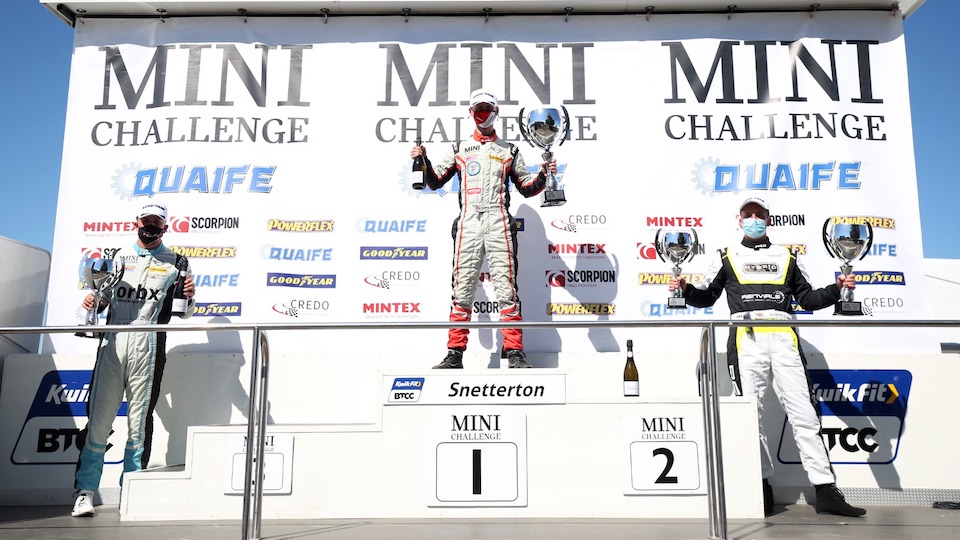 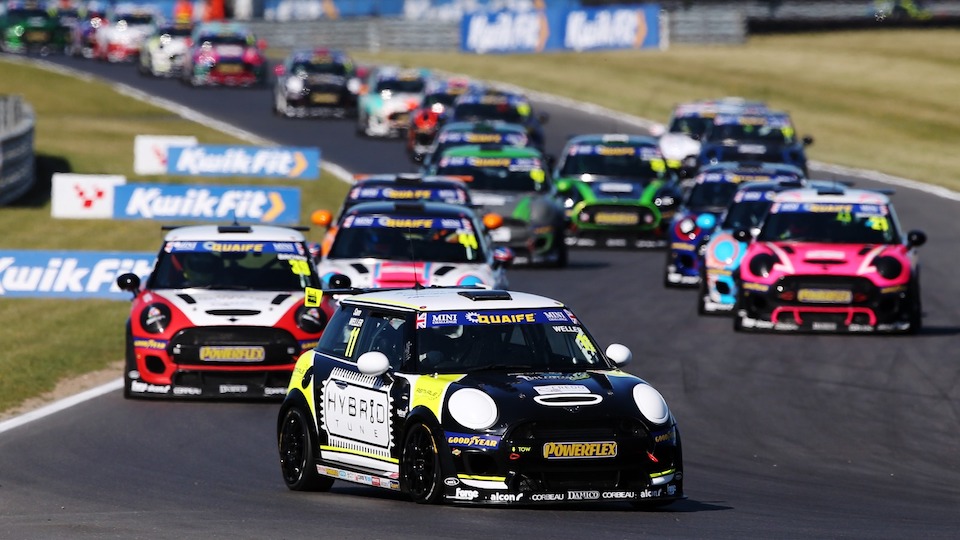 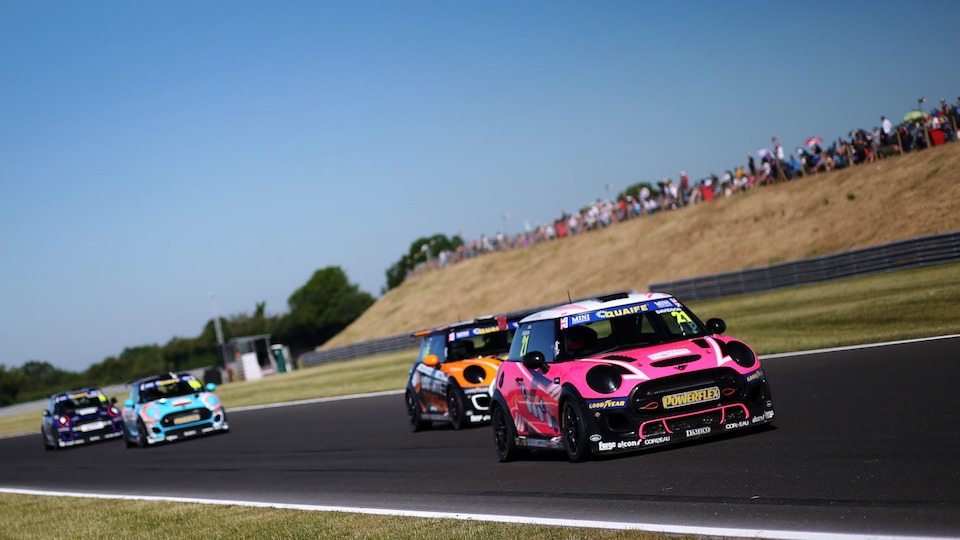