BATTLE OF BRANDS NEXT FOR MINI CHALLENGE TROPHY

After two action-packed meetings for the Quaife MINI CHALLENGE Trophy, the series makes its return to Brands Hatch this weekend for the third round of what is shaping up to be a fascinating championship battle.

The short Indy layout wasn’t part of the original schedule for the packed grid of Cooper cars, but revisions to the JCW calendar as a result of pandemic and the resultant clash of dates means the Trophy runners now get to race on the bill with the British Truck Racing Championship this weekend instead.

EXCELR8 Motorsport’s Matt Hammond continues to lead the way on the back of his second victory of the year last time out at Thruxton, a victory that means he is the only driver to have taken to the top step of the podium multiple times so far this year.

Hammond wasn’t able to extend his lead in the points however as, astonishingly, main rival Dominic Wheatley came away from the triple-header having scored exactly the same number of points across the three races.

Wheatley has yet to take to the top step of the podium in 2021 for PerformanceTek Racing but has been a model of consistency so far, only finishing outside the top three places once in the five races run to date.

The gap between the pair at the top currently sits at just 13 points once dropped scores are taken into account, with Wheatley hoping to try and bring that down this weekend in a bid to hit the front.

The lead pair have managed to build a slender advantage over the pack behind, but the highly-competitive nature of the field this season means that those giving chase will head for Brands Hatch confident about their chances of success.

Defending champion Harry Nunn currently holds third spot on the back of his first win of the season last time out for AReeve Motorsport, with series rookie Alex Solley just behind in fourth. Solley was one of the stars of the show at Thruxton after a stunning performance in qualifying saw him qualify on pole for the first time, and he then backed it up with a maiden win on race day to jump up the championship standings.

Having started the year as a team-mate to Nunn, Solley goes it alone from this weekend and is now running under the ASRacing banner.

The top six as it stands it completed by two drivers who had contrasting weekends at Thruxton in the shape of Nicky Taylor and Ricky Page. Taylor suffered a nightmare start to his season at Snetterton when he was forced out of the opening race of the year but he recovered well in round two to be a front-runner across the three races; picking up his first podium of the year in race two.

Page however struggled to replicate his front-running pace from Snetterton on what was his first visit to the fastest circuit in the UK, meaning he lost ground in the title race. Brands Hatch is the home circuit for the privateer however, and he will expect to find himself closer to the sharp end this time around.

Lee Pearce will hope for similar after mechanical issues last time out hampered his challenge for Graves Motorsport, whilst Brendan Fitzgerald, Charlie Mann and Leonardo Panayiotou currently round out the top ten.

Fitzgerald scored a podium finish on-the-road at Thruxton before a post-race penalty but clearly has the pace to challenge for silverware this weekend, whilst Mann produced a storming drive in race three to come through the pack from 22nd to fifth. The Mann Motorsport driver also scored the fastest race lap of the weekend.

Outside the top ten there are a number of drivers worth watching this weekend.

Reigning JSCC champion Lewis Saunders scored a second podium finish in as many meetings last time for 298 Motorsport  and has made clear his desire to fight for a maiden win, whilst Alex Jay, Josh Port and Morgan Wroot are three drivers who have shown better pace than their current championship positions suggest after the trio endured mixed fortunes in the opening two rounds.

Also out of luck so far has been Louie Capozzoli, who saw his car written off in an accident in the second race of the weekend at Thruxton.

Fine work from his LDR Performance Tuning team means a new car has been prepared for this weekend to keep Capozzoli on track, with some parts from his damaged machine – including the roof – being used to repair the car of team-mate Mike Paul after he was caught up in the same incident.

Both driver will hope to repay the team with strong results on track at Brands Hatch.

With Jonathan Sargeant and Joe Wiggin both due to return to action after missing Thruxton, and with Piers Henderson set to join the grid for the first time, the biggest grid of the year to date is set to do battle this weekend, with action guaranteed across the two races. 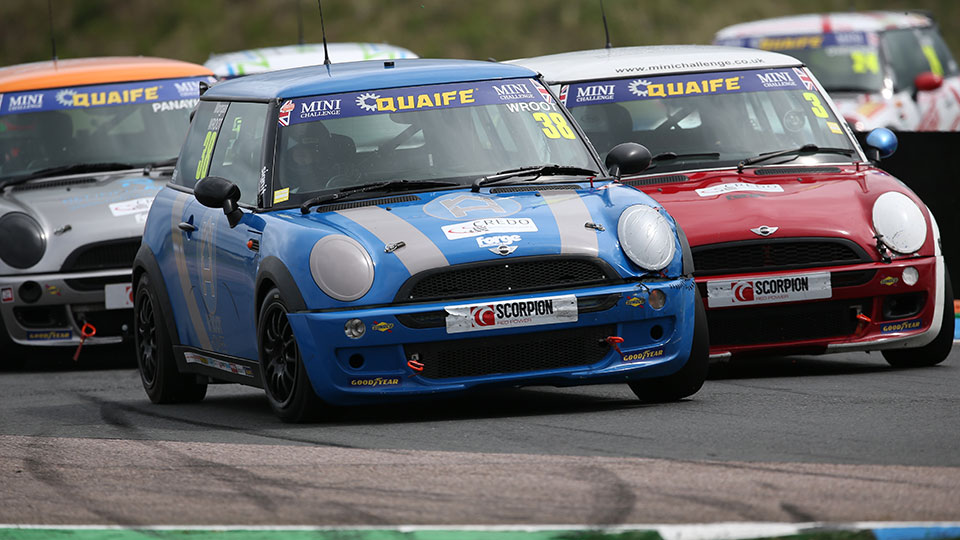 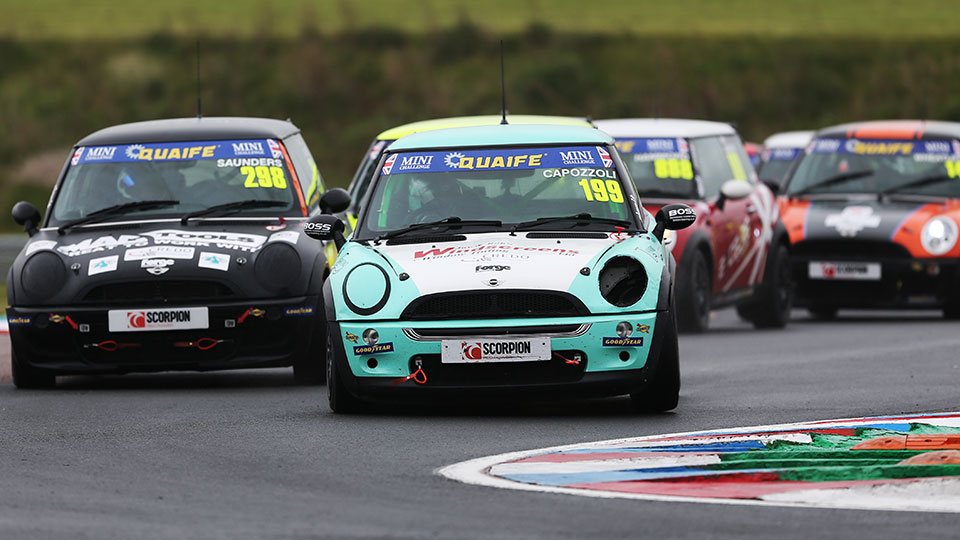 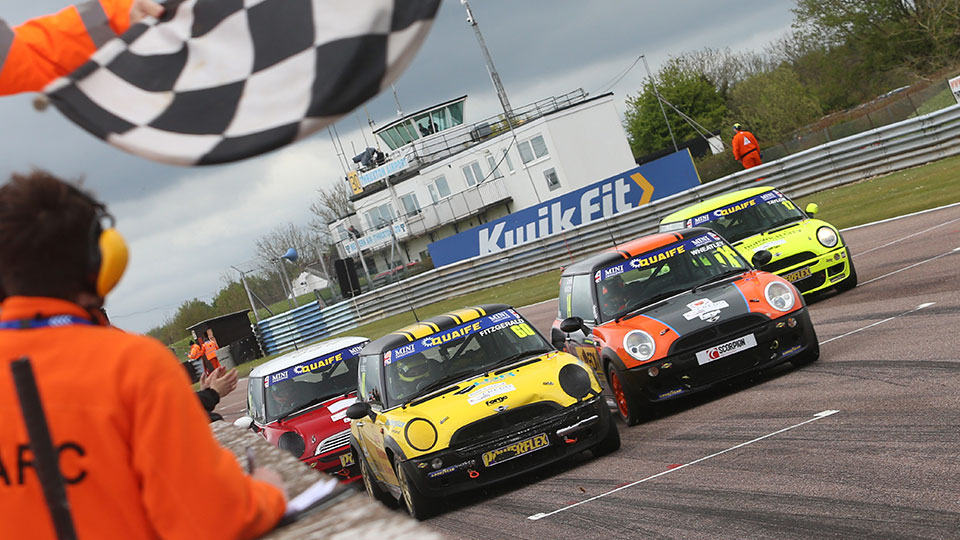 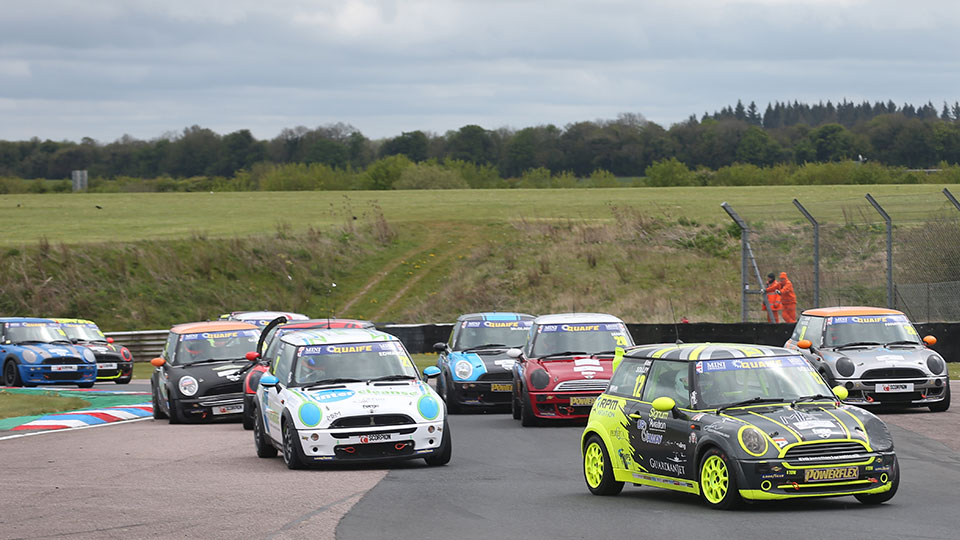