Round three of the MINI CHALLENGE eSeries came from Oulton Park, the undulating Cheshire venue providing the action for the 27 drivers.  Championship director Antony Williams joined Richard John Neil in the commentary box.

The Ten Tenths Coaching team had another front row lockout in Qualifying, Mike Epps edging Dave Marshall by just 0.056s.  Dan Zelos had his best eSeries qualifying in 3rd and was joined by Max Edmundson on the 2nd row.  With a late fast lap Max Coates jumped to 5th on the grid alongside Jack McIntyre.

The action didn’t take long to come, at the hairpin on the first lap a multi-car pileup caused Max Edmundson to lose out, dropping from 4th to 20th place.  The safety car came out and bunched the field up, Epps leading from Marshall.  The pair stretched the lead after the safety car as the battle behind intensified.  Jordan Brennan got a break at mid-distance but behind Zelos, McIntyre, Coates, Matt Richards and Rob Butler battled on.  McIntyre got into 4th, Zelos 5th and Coates 6th.  Butler fell further back with damage from the first lap incident, Richards, Elliott, the recovering Edmundson and Damian Hall all getting by.  Josh Martin finished 12th to take the pole for race two.

A collision at the hairpin again defined the start of the race, Butler dropped a wheel onto the grass on braking at Island Hairpin spearing him into leader Martin.  Karma showed and Max Edmundson emerged as the leader followed by Richards and Zelos.  The safety car was deployed immediately.  At the restart the drivers on the move were McIntyre, Brennan and Coates, displacing Damian Hall who was experiencing his best round to date.  McIntyre moved into third and began his chase of Edmundson in the lead, working with team-mate Richards.  Mike Epps emerged as the leader of the next pack where the battling was tight and fraught. Race one winner Marshall was hung out to dry several times loosing multiple places as he was forced to the grass whilst overtaking.  With 5 minutes to go the gap at the front looked stable.  Jordan Brennan made a mistake and allowed Max Coates through which enraged into a four-car battle for 4th place with Zelos and Epps joining in.  Dave Marshall recovered to finish in 12th having run as low as 17th at one point.

The eSeries now heads to Snetterton for the next round on the 6th February.  Former MINI CHALLENGE UK Champion James Gornall will join Richard John Neil in the commentary box for the live stream which will be on the MINI CHALLENGE UK YouTube and Facebook pages from 9:45am on Saturday morning. 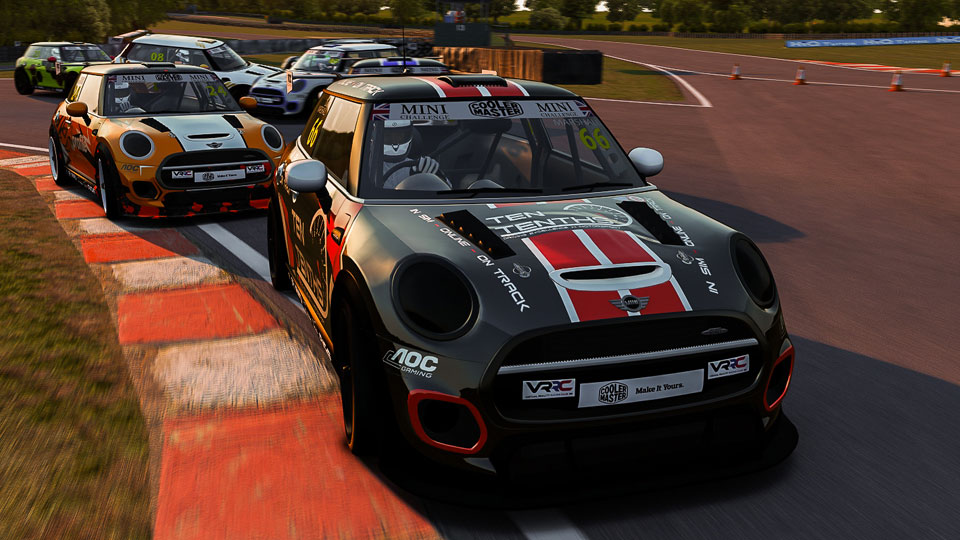 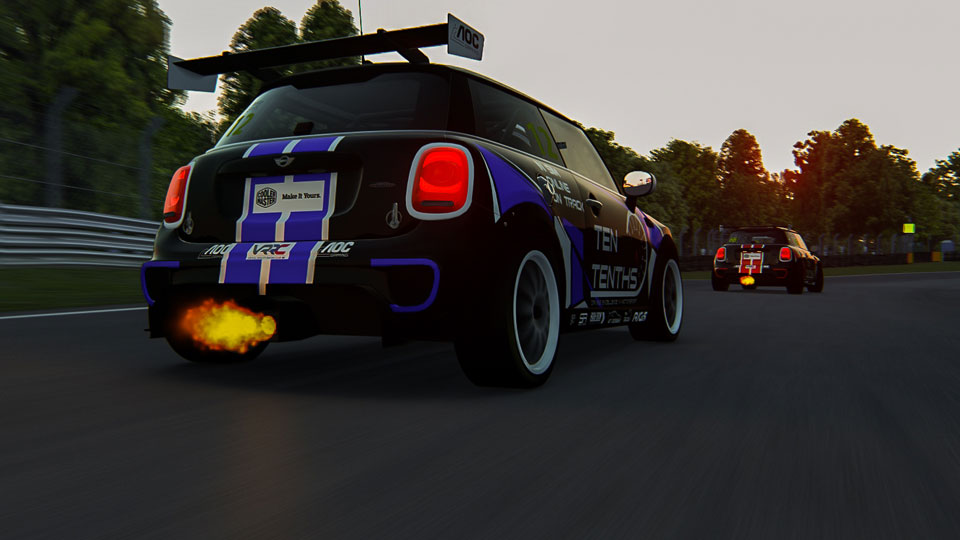 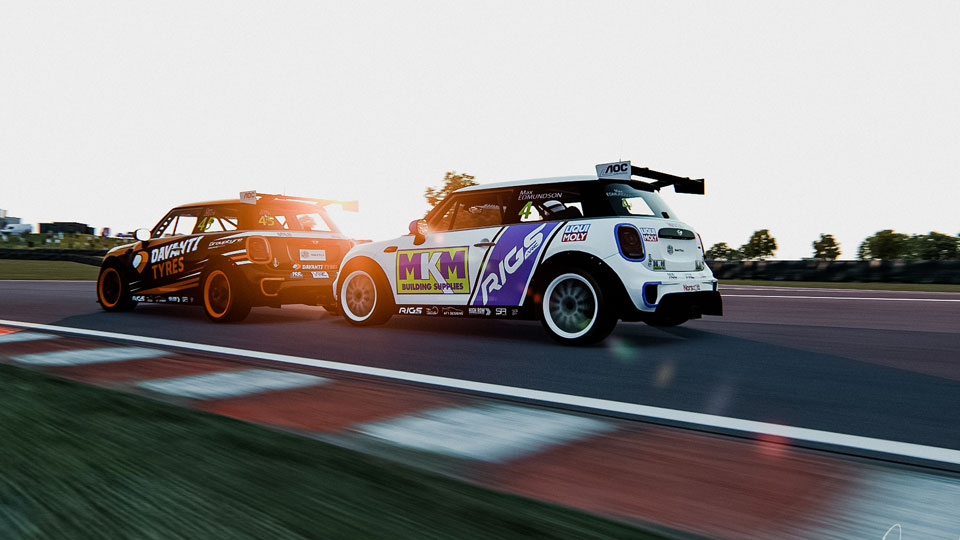