The second event in the MINI CHALLENGE UK Official eSeries calendar took to the popular Derbyshire venue of Donington Park.

Dave Marshall took his first pole position of the season edging Max Edmundson and Mike Epps by just half a tenth of a second with Rob Butler and Jordan Brennan rounding out the top 5 for the RIGS eSports Racing Team.

There was action on lap one as Josh Martin collided with Ethan Hammerton which then caused a multi-car pile-up.  For the first time the Safety Car was used and surprisingly another incident behind the safety car relegated Isaac Smith and Dan Zelos down and outside of the top 10.  As the race resumed two five car battles emerged between 5th and 10th and 11th and 15th.  The front battle boiled throughout and the recovering Dan Zelos made it to the rear end of the battling pack.  Meanwhile at the front Mike Epps got the better of Max Edmundson at half race distance.  With two laps to go the 5th place back over battled raged.  Jack McIntyre lost momentum on the exit to the chicane and then collided with Ryan Elliott, both taking a trip through the gravel.  That left Max Coates, Robbie Stapleford and Zelos to battle for 8th, the trio crossing the line together.

At the front Dave Marshall kept the gap to Mike Epps who in turn pulled away from Max Edmundson.  Jordan Brennan passed Rob Butler for fourth.  Jack Noller crossed the line in 12th to take pole position for race two after a race long battle with Luke Kidsley and Josh Hislop.

The race two start was nothing like the first.  Epps and Marshall both coming together after contact from behind.  At the front Hislop lead from McIntyre and Stapleford climbed to 3rd on lap one.  McIntyre made the move on lap two and began to pull a gap.  Behind them a train was forming behind Noller.  Coates was the first to pass, followed by Brennan, Butler, Marshall and Epps.

The race spread and then came back together towards the end, a five-car battle developing between Epps, Rob Butler, Marshall, Coates and Zelos.  In the end Epps came out in front.  Ryan Elliott had a spirited drive back to 12th place after his disaster at the end of race one.

Race two winner Jack McIntyre said “I put a lot of effort in this week, I wasn’t where I wanted to be but I’m pleased to win race two.”

The action packed eSeries now heads to Oulton Park for the next round on the 30th January.  Fans of the series can follow all the action on social media via the hashtag – #MINICHALLENGEUKeSeries and live streaming on the MINI CHALLENGE UK YouTube and Facebook pages which as per the real-world competition will be commentated on by Richard John Neil and Championship Director Antony Williams. 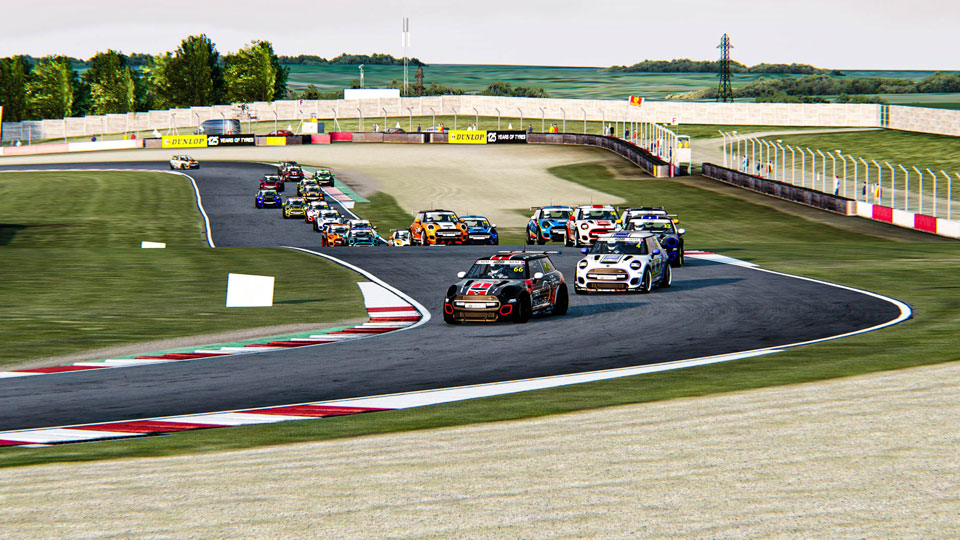 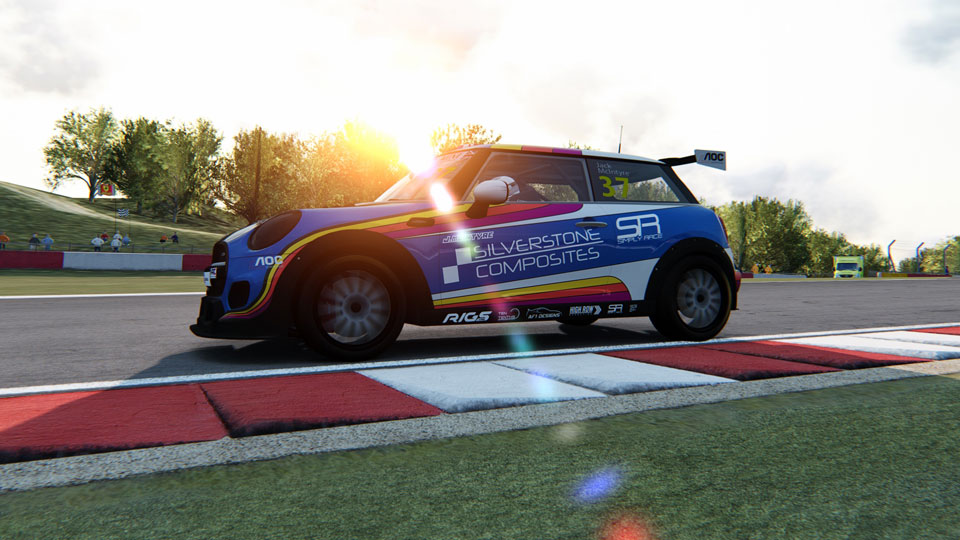 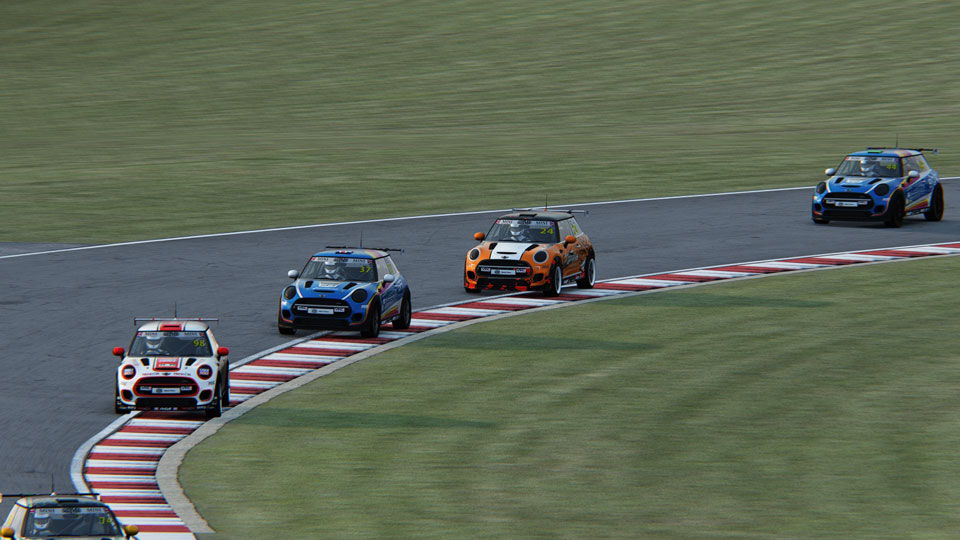