PODIUM OF FIRSTS AS RAWLINGS ENDS SILVERSTONE ON A HIGH

Teenager Tom Rawlings secured his maiden MINI CHALLENGE JCW Class victory of the year. The win was a special result for the Jamsport driver who had only qualified in 24th on Saturday, seizing the opportunity that the reverse grid had given him at Silverstone.

From the front row, Rawlings made the best start of the front runners, getting the better of polesitter Callum Newsham into Copse, before soon breaking away from the LDR Performance Tuning driver.

Many eyes were on Dan Zelos and Lewis Brown, aiming to regain championship ground, despite starting at the back. Zelos was quick to secure the fastest lap, lighting up not just the timing screen, but the TV screen, moving into the top ten by only the sixth lap. To his great disappointment though, a five second penalty for track limits tainted his spectacular drive.

Newsham had been another to benefit from the reverse grid, lining up on pole after his ninth place in race two and despite losing the lead on the opening lap, soon re-closed the gap, contributing to a eight car queue that had formed behind the leader.

Saving his best until last, Rawlings made a break with four minutes to run, leaving Newsham to fend off the advances of top rookie driver Ronan Pearson. Newsham would be wise to it though, marking two new faces on the podium for 2020.

In the battle for third, Ronan Pearson held the position from early on, soaking up the pressure from the title protagonists, Max Coates and Nathan Harrison. The pair knew banking points were better than none, especially with Ant Whorton-Eales and Zelos further back. For Coates, it was his second top five finish of the weekend, while for Harrison, fifth place it takes him to within 1 point of Whorton-Eales in the overall standings.

Young Jason Lockwood once again proved his racing prowess in the EXCELR8 Motorsport car, holding his own in the #315 to maintain sixth from Whorton-Eales and Max Bird who had diced mid-race, before catching up the leading group.

They were followed over the line by Zelos, but the five second penalty pushed him to eleventh behind Brad Hutchinson and Isaac Smith, who he had battled with during the early stages. Robbie Dalgliesh would round out the top 12, jumping five places, as James Griffiths hung on for his third Directors Cup victory in a row in sixteenth overall.

“It’s mega, I can’t believe it! We led from start to finish and I’m really pleased with this win. It seems to be a lifetime waiting for the chequered flag, but you see that board saying two laps to go, so you count it down.”

“I was just trying to look after the tyres as I knew we weren’t very good on them, so we needed to pace it throughout the race.”

“I’m incredibly happy to be here, it’s been a long time coming, so I’m glad it’s here eventually. I needed to maintain position after losing it off the line, so I kept up with Tom and in the end, I’m really happy with the result. It’s difficult when you’re under pressure from behind, it all piles up, but you’ve got to stay calm and keep doing what you’re doing in order to get the result you want.”

Rounding out the top three was Ronan Pearson, who said;

“It’s absolutely incredible, I’m over the moon. This is only my third weekend and I couldn’t ask for anything else. Keeping Max behind me was tough, but I’d done it in race two. At the start I had the pace to attack, but at this track it’s hard to move forward without potentially losing out to the whole train. I’m so happy.”

The Quaife MINI CHALLENGE JCW’s next return at Snetterton on the 24-25th October 2020, once again supporting the British Touring Car Championship. 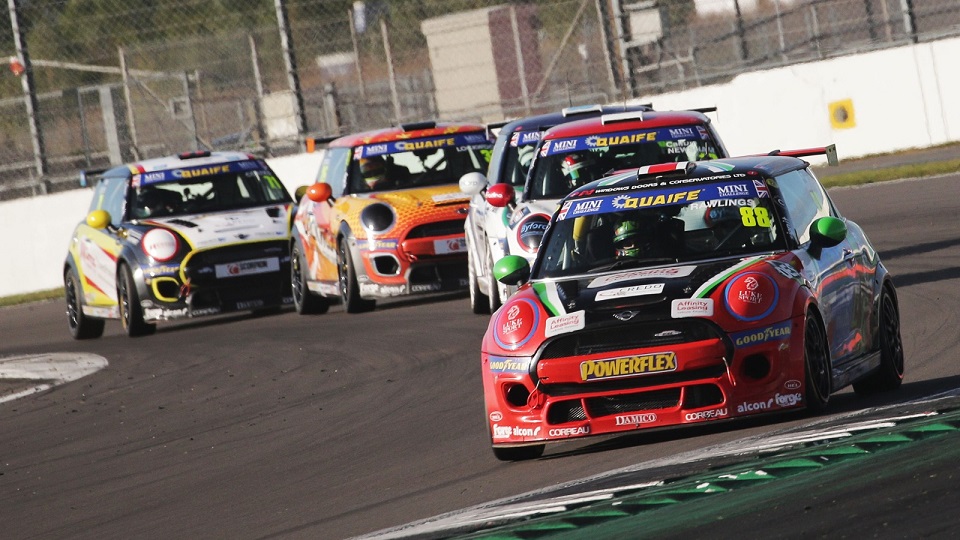 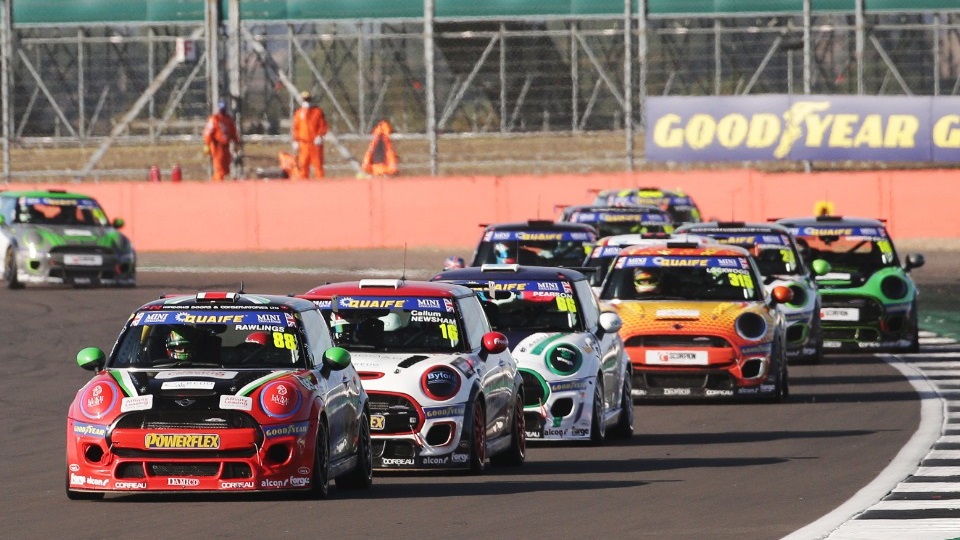 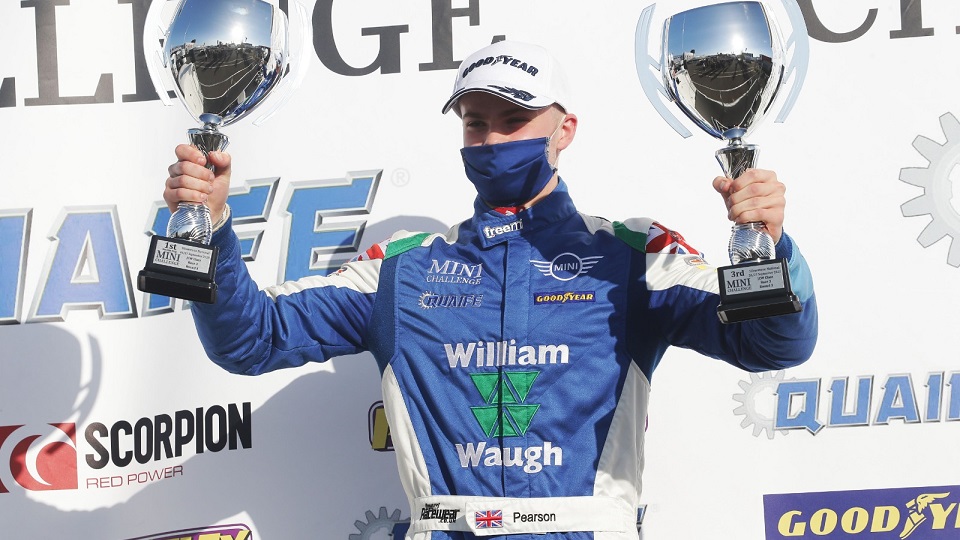