MINI CHALLENGE GEARS UP FOR TOCA DEBUT WITH JCW

The Quaife MINI CHALLENGE is back and better than ever, as the JCW class prepares for its eleventh season of competition. For the first time, MINI’s will now be a regular edition on the TOCA package, supporting the UK’s premier racing series, the British Touring Car Championship.

Intense action and capacity grids have been the norm in recent years and with new audience and new surroundings, the class of 2020 are ready to make their mark as we head into the new era, at Donington Park.

The last time the JCW’s visited here, it was eventual champion James Gornall who took top honours in the opening race, ahead of championship rival Nathan Harrison, en-route to clinching not just the title but also a seat on the British Touring Car grid with Trade Price Cars. Also taking top honours that weekend was Dereham-born Dan Zelos, proving his potential in the reverse grid race. He returns to the series this season, dropping his distinctive green livery for an equally distinctive orange, heading the EXCELR8 Motorsport team alongside fellow race-winner Harrison. The 23-year-old previous Cooper Class Champion, has finished runner up in JCW for three of the past four seasons and will be a favourite to clinch the title come seasons end.

In order to do so, both will have to challenge a former champion in the form of Ant Whorton-Eales. The JamSport #10 will be familiar to those in the BTCC paddock, going on to clinch the JCW title in 2018. With MINI’s on the TOCA agenda, AW-E has returned to reclaim his crown. He’s far from the only champion though. Alongside Harrison, the 2018 and ’19 Cooper class winners have made the step up to the premier CHALLENGE series, ensuring eyes will be on rookies Kyle Reid and Robbie Dalgleish – who recently featured at the 24 Hours of Daytona. Continuing our theme will be 2018 Cooper S champion Will Fairclough, who jumps into the #30 JamSport car.

A new stage has brought new attention courtesy of the races being shown live on ITV4. A number of the UK’s top drivers have made the leap across from other series, including Renault Clio Cup runner-up Max Coates. He’s been followed by former Team HARD BTCC driver Ethan Hammerton. Elsewhere, reigning Formula Fiesta champion Isaac Smith joins the illustrious EXCELR8 squad.

EXCELR8 has a history of nurturing youthful talent and the rest of their line-up is evidence of that, filling out with graduate drivers; 18-year-old Jason Lockwood, 19-year-old Josh Stanton and 18-year-old Will Newnham, all of which will be eager to prove themselves on the UK’s biggest racing platform.

Lewis Brown’s efforts saw him finish fifth in the 2019 standings and is another to watch this weekend. The former Ginetta GT5 Champion is relishing a return to the TOCA package, driving with LDR Racing support alongside Dalgleish and the experienced Neil Trotter.

Continuing our myriad of returning faces, Max Bird and Lewis Galer team up at Elite Motorsport. With Coates joining the pair, the trio are destined for competitive results. JamSport likewise have maxed out their squad with some of MINI’s regular stalwarts. Young hotshot Tom Rawlings came tantalisingly close to a maiden JCW podium in 2019, so silverware could yet be on the table for the 18-year-old, alongside his experienced compatriot Stuart Gibbs and #5 James Griffith.

It’s not just the big teams who’ll be present either. MINI CHALLENGE is nothing but for the independents. William ‘Billy’ Hardy returns with Autotech Motorsport, as James Macintyre hopes for a ‘Rapid Advantage’ with his #47. Callum Newsham drives for his self-named privateer outfit, as Wiltshire’s Matthew Wilson returns with JW Bird Motorsport for a second shot.

Completing the bumper grid are new outfit MPH Racing, run by Martin Hutchinson, father of MINI regular Brad Hutchinson. Brad, who returns for a full campaign, will head the Custom Tape sponsored car, being joined under the awnings by Calum King and Ryan Dignan. King, a previous podium finisher, returns the series after a stilted 2019 campaign, while a similar story for Dignan will be good news for all three looking to gain further experience.

For the first time, the JCW Sunday race will be shown live on ITV4. The MINI CHALLENGE features qualifying and one race on Saturday and two on Sunday. Make sure to check out the action on ITV4 at (start time) 14:45 on 02 August. 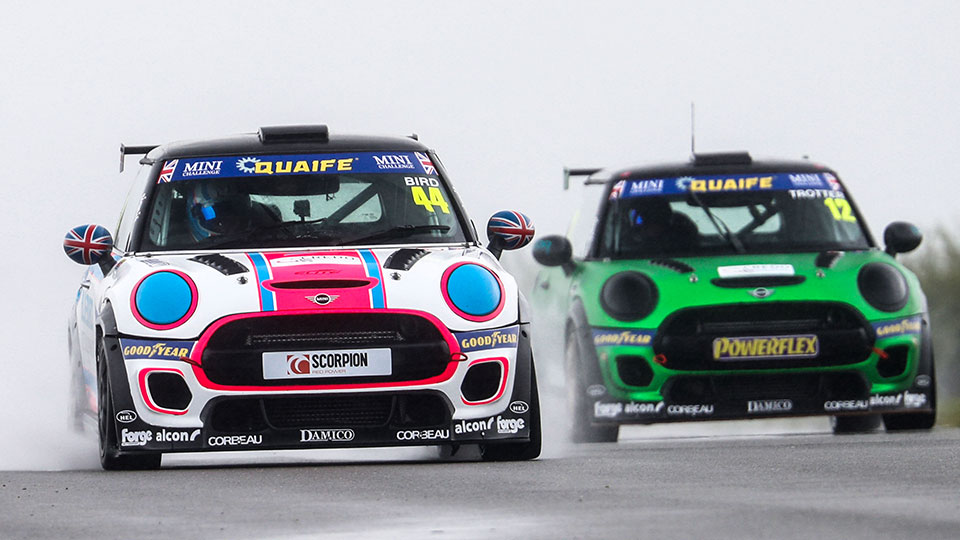 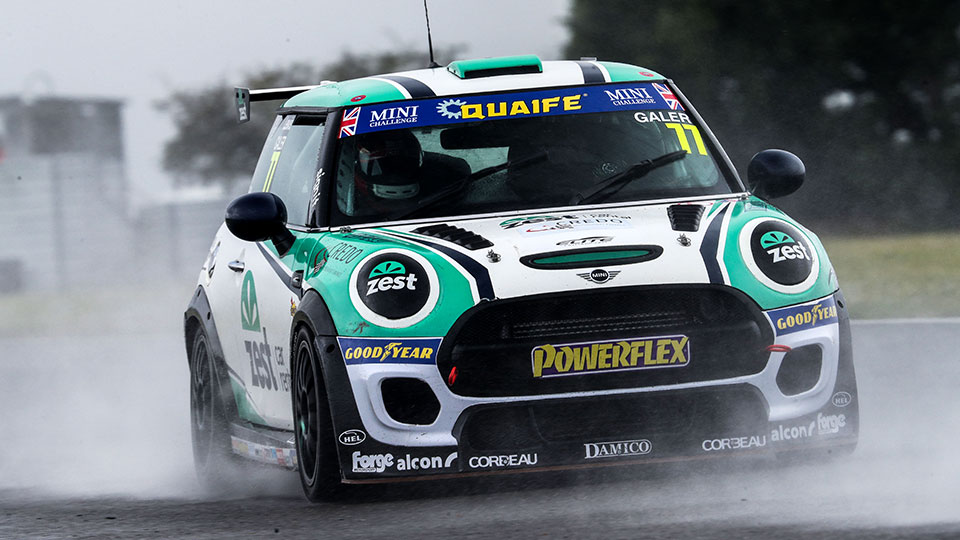 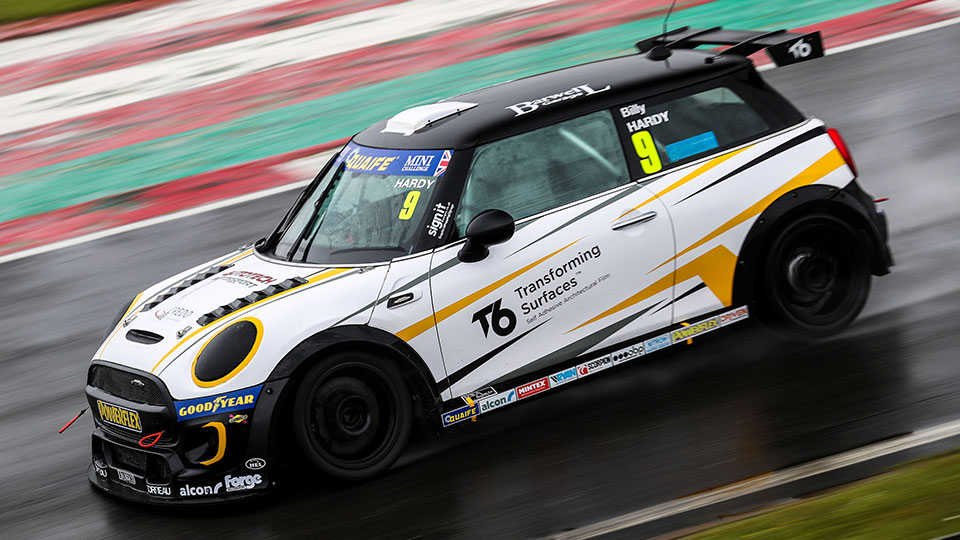 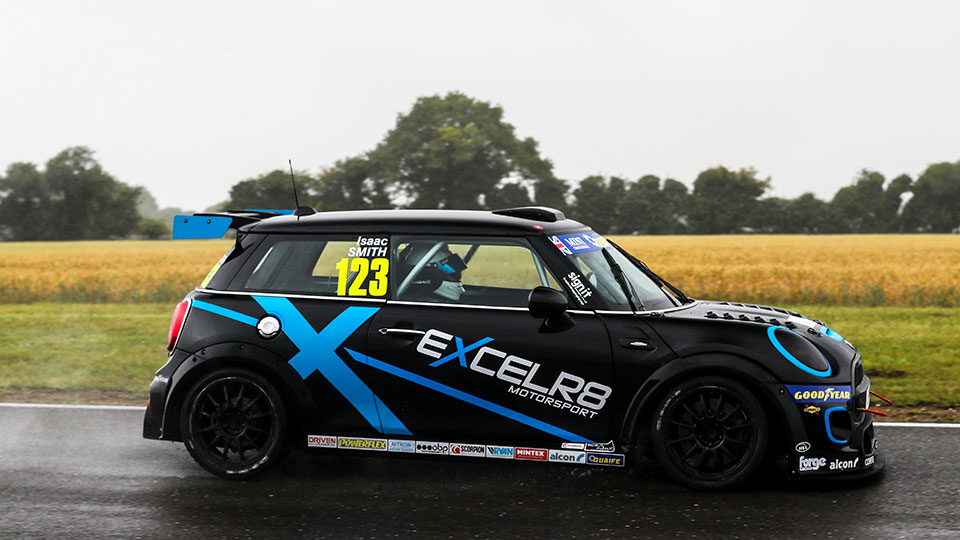