Dan Zelos celebrated his maiden MINI CHALLENGE JCW race victory in the first outing around the Brands Hatch Grand Prix Circuit, even if he had to rely on a dose of good fortune to help him get the result over the line.

After a late-race tangle between three cars entering Paddock Hill Bend, the race was red-flagged with only a few minutes remaining, which was great news for Zelos, who had lost the lead just moments before after making his only mistake of an otherwise perfect race. With the result going back a lap due to the stoppage, it cemented Zelos’s first win in the series.

Before that mistake into Paddock, everything had gone to plan for the MINI UK driver, who shot away from the lights to lead the pack into Paddock Hill ahead of team-mate Nathan Harrison.

From there, the top two began to pull clear of the pack to the tune of a few seconds per lap as those behind squabbled over third. Zelos crossed the line on the first lap with a 0.6-second advantage over Harrison, and the best part of three seconds back to Lee Pattison, who managed to break the defence of James Loukes after the latter ran wide through the gravel at Clearways at the end of the first tour, dumping him down the order.

Zelos then got the hammer down, keen to forge a gap over Harrison. He managed to stretch his advantage out to a second, before his hard work was negated by the appearance of the safety car– called for James Macintyre’s car off on the GP loop and William Hardy’s JCW stranded in the Paddock Hill gravel after being tipped around.

With the cleanup operation complete, Zelos got a decent restart, but was struggling to pull clear of the chasing Harrison, who had worked his tyres harder during the caution period. Things came to a head when Zelos skipped wide under braking for Paddock with two laps remaining, running onto the dirty line and leaving the door wide open for Harrison to slip past to lead.

However, just moments later, Tom Rawlings – who was running a solid sixth – Calum Newsham and Brad Hutchison all found themselves stuck in the gravel at Paddock after a tangle in the pack. With the cars in a potentially dangerous position, the red flags flew to end the race early. The stoppage led to the results going back to the last complete lap, handing Zelos back top spot.

“It’s not the way I wanted to win ideally, but I’ll still take it!” said Zelos. “I got a great start and the car felt like it was on rails, just like it did during qualifying. After the first few laps it started to go away from me and I had a few hairy moments out on the GP loop which helped Nathan close back in again, and I don’t think the safety car helped me much either. Then going into Paddock the rear started to hop a little – I could have turned in and tried to hold the slide, but it seemed like a risk not worth taking. I was gutted to see Nathan pass, but the red flags obviously saved me. I’m not hugely proud of it, but it’s still a win and I’ll definitely be looking for more from here on.”

Harrison, who was demoted back to second, added: “I thought I had that one, but fair play to Dan, he drove brilliantly. After qualifying there was only about half a tenth between us so I thought it would be a really close race, but he just checked out at the start and left me behind. I just had to keep it on the track and not do anything stupid and see if he makes a mistake, which he did, but when I saw the red flags I knew it would go back to him. Still, second is great points and it’s great to get another one-two for the team.”

Pattison was third after holding off race-long pressure from the feisty Harry Gooding, James Gornall, the recovering Ben Palmer, Rory Cuff and Richard Newman. The result was Pattison’s first podium of the year.

“It’s not been an easy season so far, we’ve been grappling with the car a lot, so to be back on the podium feels great,” said Pattison. “I made some early moves to get through the traffic but we’re definitely missing something on setup against Zelos and Harrison, who just checked out ahead of me. Clearly that’s something we need to work on.”

The recovering Loukes took ninth ahead of Max Bird and Matthew Wilson. Lewis Brown completed his fight back from the rear of the grid to secure 12th. 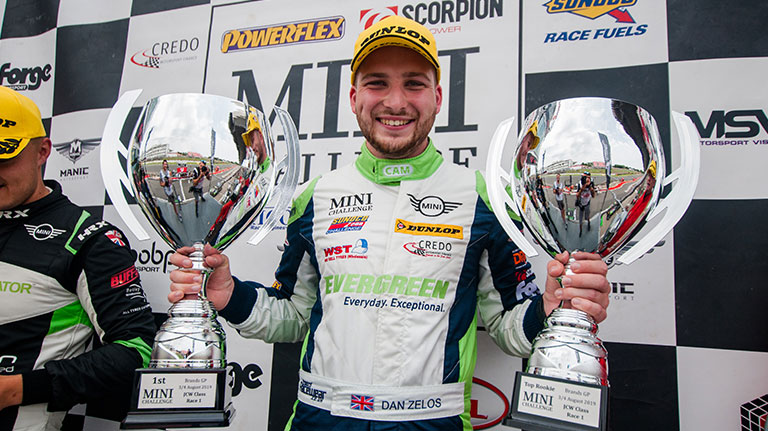 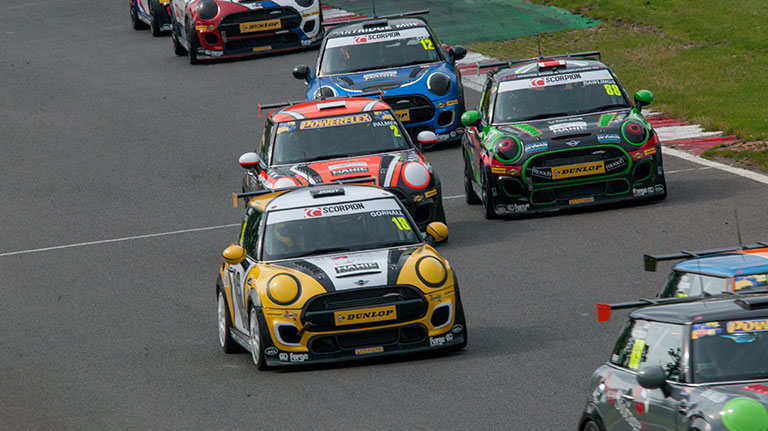 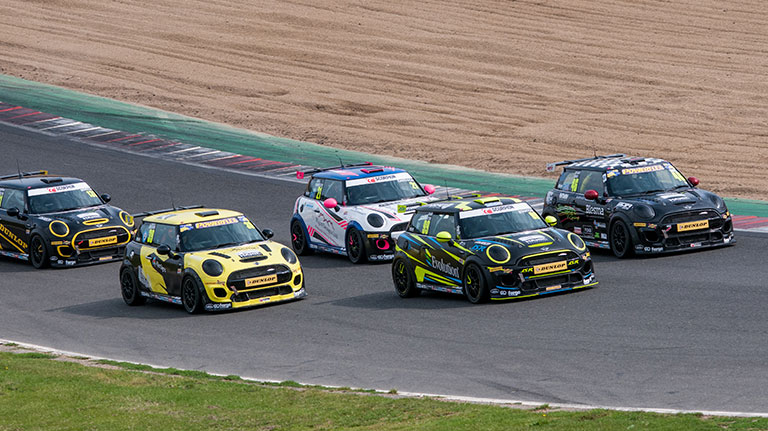