Dan Zelos is certain that his maiden MINI CHALLENGE JCW race win isn’t far away, and heads into this weekend’s two races around the Brands Hatch Grand Prix Circuit aiming to make the breakthrough.

The 21-year-old from Norfolk currently sits third in the overall JCW championship points, and leads the Rookie Cup category following some very strong results last time out at the Kent venue’s Indy Circuit.

The MINI UK driver took his second pole position of the season, before adding a trio of podium finishes to his points haul from the weekend to move within 65 points of championship leader Nathan Harrison.

But Zelos has been on the podium in each of the last six outings, and has a total of seven top-three finishes to his name so far, plus he’s only finished outside of the top six once all season. The momentum is with him, and Zelos is hopeful that he can make the breakthrough to the podium’s top step sooner rather than later.

“The Brands Hatch MINI Festival weekend on the Indy Circuit was great for me and gave me so much confidence, but there’s always that bit more to be had,” says Zelos.

“It’s a little frustrating that I haven’t won a race yet, and quite mad that everybody else around me in the championship has won three! But I know that first JCW win isn’t far away. I should have won the first race of the season at Oulton Park, but had an issue at the start [slipping clutch that landed him a jump-start penalty] and I made an error on cold tyres when leading into turn one at Brands Indy that also cost me, but it’s all part of the learning curve.”

Zelos has a good track record at Brands Hatch’s GP circuit, having been runner-up twice in the Renault Clio Cup races there in 2017. He’s also stood on the podium there as a Ginetta Junior driver in both 2014 and 2015.

“I feel like I can fight for the win at Brands this weekend,” he adds. “It’s a track that doesn’t have a lot of testing time, so experience of it is key, and I’ve got a strong history there. The GP loop is so different to the Indy Circuit – it’s all about bravery and keeping your momentum flowing from corner to corner. You have to be able to feel the car and how it reacts to the bumps around the back. If you have the setup right it can work wonders for your confidence and, fingers crossed, the MINI UK team has had my car on rails so far this year.

“The JCW is a much more aggressive race car than the Clio. You can grab it by the scruff of the neck, take more kerb and it generally oversteers more, which I like. It’s a different driving style, but I feel I’ve got the hang of it quickly enough. The next measure will be taking that first race win, whenever it comes…”

Qualifying for the MINI CHALLENGE JCW field is scheduled for 1120hrs on Saturday, August 3. Sunday’s first race will get underway at 1020, with race two at 1725. Both races will be streamed live via the MINI CHALLENGE Facebook page and live timing is available via tsl-timing.com. 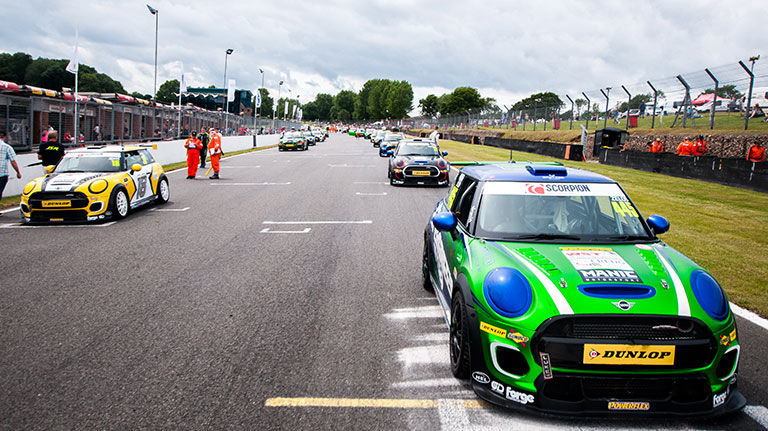 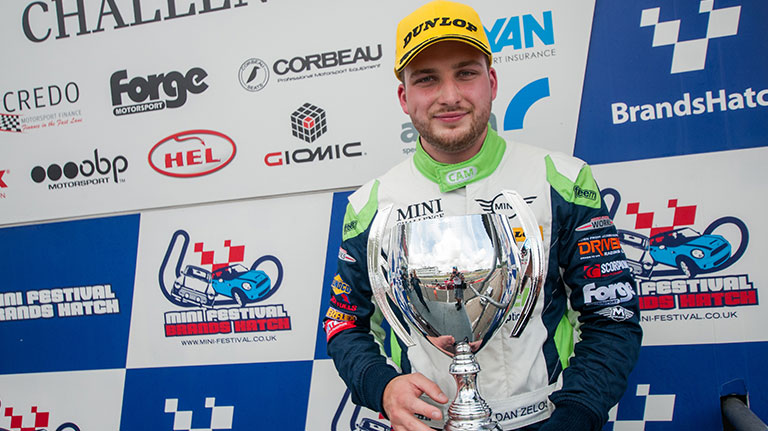 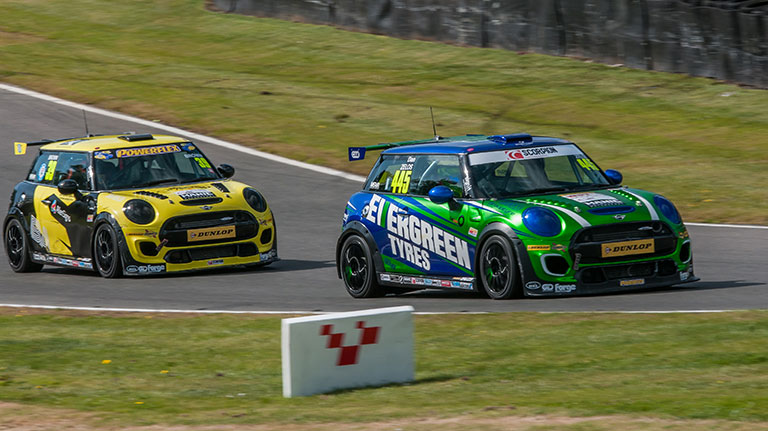