10 cars made up the grid, with Aaron Reeve making up the field for the 1st time this year. The fastest 3 were, as predicted, Daniel Butcher-Lord, Rob Austin and Stuart McLaren. The Brands Circuit suiting R53’s. During qualifying, the fastest lap did yo-yo a bit between both Rob and Daniel. Daniel held on until the last of the 12 laps to grab pole from Rob. Stuart and Aaron were P3 and P4. Sami Bowler with her rediscovered form was making inroads into her setups was in P4.

The race started well with Rob Austin storming into the lead, putting some distance away from Daniel Butcher-Lord. Sami Bowler was in amongst them until lap 4 when Daniel made his charge to take P1, Stuart McLaren had been hanging in behind them when Sami got through to take P3 on the same lap. They stayed that way with Daniel pulling away from Rob.  Stuart took until the 11th lap to take P3 back. Rob was content to save his tyres and hand on to P2. Daniel also getting the fastest lap. It was great to see the battle unfold between Stuart and Sami it was entertaining. Aaron Reeve got a puncture after a tangle at the start and had a coming of track moment Graham Hill Bend. A visit to the pits had him back out without dropping more than a lap.

Daniel Butcher-Lord alongside Rob Austin on the front row for a change. Stuart McLaren in P3 alongside Sami Bowler.

What a start. Daniel stormed away as usual but this time Sami went with him. The race settled down with Daniel pulling away from the field. A usual occurrence this Sami was next with some distance between Rob Austin and yet more distance from Stuart McLaren. Halfway through the 15 minutes it really looked as though it was going to finish that way. Rob pushed a bit harder to close the gap to Sami, hoping she would make a mistake. Sami nearly had an off at Hailwoods Hill, she held the slide and stayed on track. Allowing Rob to close more. Sami defended rigorously but Rob has a few years more experience and he waited patiently to pass without contact to get his P2. Then Stuart decided to push a bit harder and he took P3 on the 14th lap. Sami nearly had another trip to the podium but it would have to wait, the fast 3 taking up their usual spots.

Reverse grid time and nearly TeaTime. Alan Lee on Pole alongside KeirMcConomy. Followed by Sami and Stuart. Behind them was Rob Austin and Daniel. Sami soon got the jump on Keir and took another lap to get past Alan. Meanwhile, Stuart pushed through to the lead. We had Stuart leading with Sami in P2, Daniel was charging and Rob was following.  Lap 6 and 7 were the exciting laps. Daniel got into the lead, Rob went with him but stayed behind Stuart down from P1 to P2. After that, the race settled down with Rob taking Stuart on the 11th lap. That is how they took the chequered flag. 3 wins for Daniel Butcher-Lord, 3 2nds for Rob Austin and 3 3rds for Stuart. 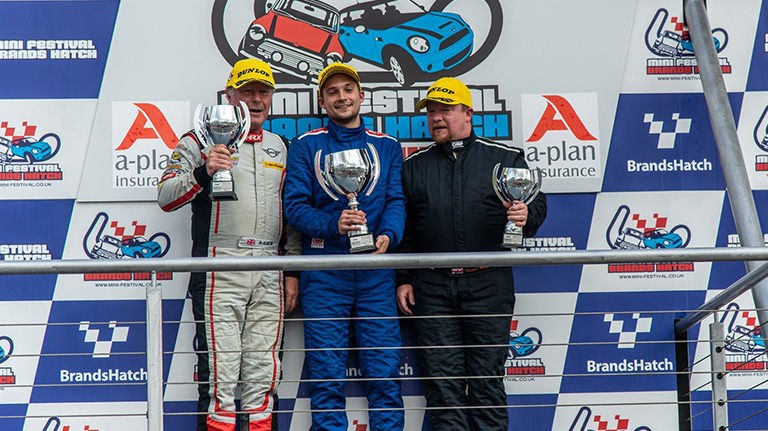 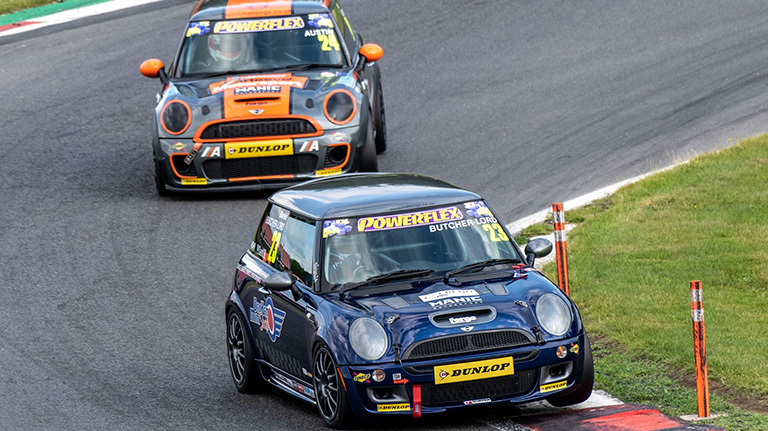 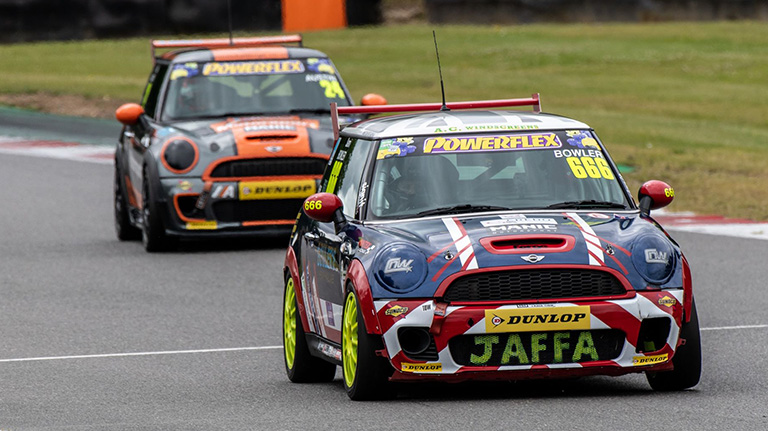