As we reach mid-season in the 2019 JCW Championship, we catch up with rising tin-top star Richard Newman, as he rapidly gains a reputation as a hard-charger in this year’s JCW season.

The 22-year-old from Blackburn has already produced some fine battling drives aboard his EXCELR8 Motorsport-run car to establish himself as one to watch within the packed JCW field. And two stand-out recovery drives across the last two rounds have certainly gone a long way to proving his racing pedigree.

Newman approached the third round of the season at Silverstone’s Grand Prix Circuit on a high after a strong start to the year. He secured two top-10 finishes during round one at Oulton Park – his local circuit – with the seventh place in race two standing as his best result of the season so far and defying his lack of experience in the 265bhp JCW prior to the opening weekend.

Round two at Snetterton was more difficult, with the races held in changing conditions. A puncture after contact in race one set Newman back, but he charged through the pack from 29th on the grid to finish 11, thriving on slick tyres in increasing rain as those around him struggled in the low-grip conditions.

That set the scene for a second stunning fightback at Silverstone, following another dose of bad luck in the first outing of a weekend. With all of Friday testing a washout, Newman’s first experience of the 3.7-mile British Grand Prix venue in the dry came in qualifying, meaning he had to quickly find the limit on the Dunlop slick tyres. However, his session was hampered by his steering wheel not being aligned correctly and limited Newman to 17th on the grid.

Undeterred, Newman made a strong start to race one and was working his way through the pack when a spinning car in front of him at one of the fastest parts of the lap forced him to take evasive action, ultimately forcing his JCW to bounce off the tyre barriers. Newman toured back to the pits for repairs, but the unscheduled stop meant he didn’t complete enough laps to be classified in the result.

Knowing he had pace in his pocket, Newman lined up 27th for race two, and duly went on his second overtaking spree in as many rounds, making up eight places on the first lap alone before taking the flag in a highly respectable 16th.

After the opening six races of the year, Newman sits 18th in the championship standings, and eighth in the Rookie Cup class, but he’s already shown the sort of potential and racecraft that should allow him to climb much higher in the table.

“Overall, it’s been a positive start to the season, even if Snetterton and Silverstone were made hard work by events that were beyond my control,” says Newman. “Oulton was great – to have two strong finishes on my home track, a track I love driving, was brilliant. And Snetterton was another learning experience with the mixed weather, but I’m a fan of slicks in the wet after my karting days.

“Silverstone was a bit disappointing in truth, because we had better pace than the results suggested, but the charge through the pack in race two was great fun. I perhaps could have gotten even higher, but my front tyres were falling away toward the end, so maybe we ran the pressures a little high and that took its toll on them?

“But I was happy with what I learned from the weekend and I took some good experience away. Any weekend where I’ve learned something has to be considered as a positive one. This is year one of my two-year plan for JCWs, and there’s much more to come from me this year.”

The next JCW round takes place at Donington Park over the weekend of June 22/23. 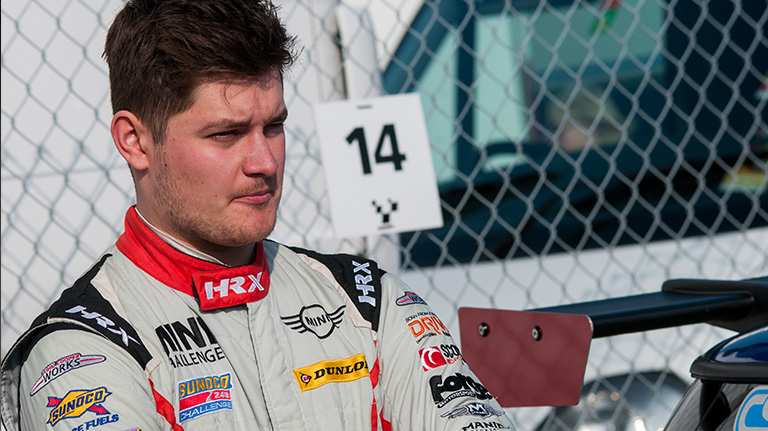 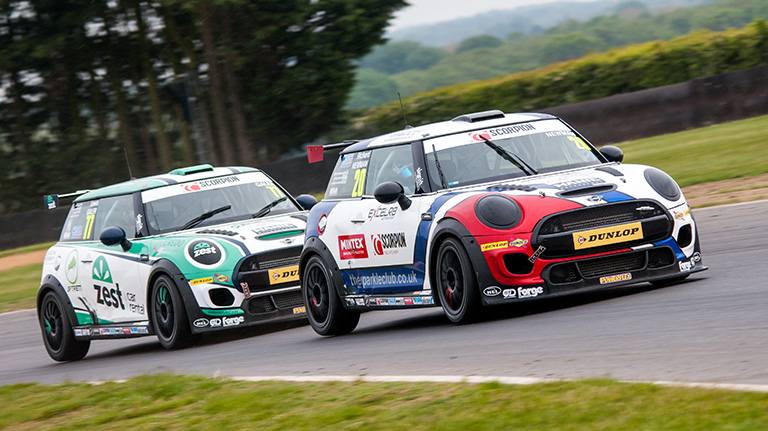 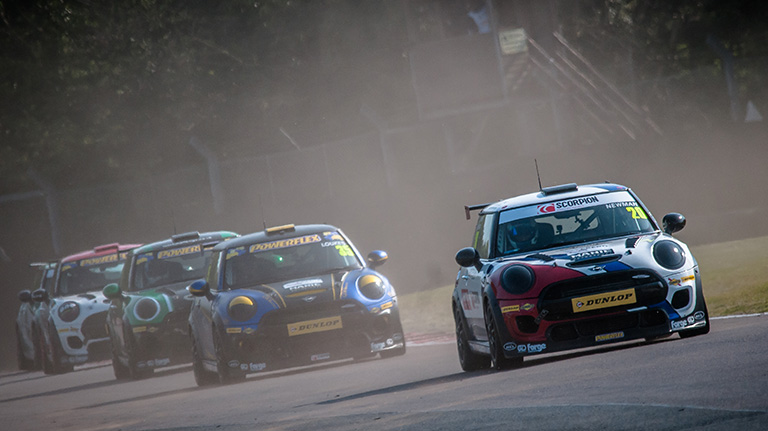