Davidson started third on the reversed gird, with race one winner James Gornall back in 10th. But the order was shuffled somewhat when pole-sitter Calum Newsham lost his chance at the front when he was forced to stop with a suspected clutch issue on the green flag lap.

Newsham’s loss was the early gain for Kenan Dole, who was left unopposed on the run down to Riches, and proceeded to lead the early laps as a nine-car train formed for the lead, consisting of Calum King, Davidson, Lee Pattison, Dan Zelos, Gornall, Nathan Harrison, Lewis Brown and Ben Palmer.

Going got very tricky when the light drizzle intensified with a handful of laps to go and, with the entire field on slick tyres, the race became an exercise in preservation.

Several of the leading contenders started to hit trouble, with Pattison, Zelos and King all having moments that dropped them down the order.

But the most notable casualty was Dole who, after fending off a late lunge from Davidson into Wilson hairpin, then suddenly got sideways into Brundle corner and clouted the tyre stack at the apex before spinning out of the lead. “I just locked a rear brake and it sent me round and into the stack,” said Dole. “I’m gutted. It was so wet out the back I’m surprised they didn’t stop the race.”

Davidson saw the incident unfold, and took evasive action across the grass before emerging in the lead. “I saw Kenan lose it and saw him coming back across the track, so I just figured I’d aim for the grass and try not to hit anything myself!” he said.

Once ahead, Davidson was unstoppable, and charged to his breakthrough victory.

“Being a JCW race winner is amazing,” he beamed after becoming the year’s third different winner from four races so far. “I’m actually quite used to racing on slicks in the wet in Scotland, so I was driving around wondering why people were slowing down as my car felt fine! Maybe I’m just acclimatised to it. Once I got out front it was just about not making mistakes and bringing it home.”

The fight for second was just as fraught. Harrison managed to squeeze his way ahead of Gornall in the pack at the start and, as those around them fell off one by one, the two were suddenly scrapping over the final podium places.

Harrison and Gornall traded places, and paint, more than a few times across the course of the race, before Harrison made the definitive move and then managed to hold off Gornall to the flag.

“It was so tricky at the end,” said Harrison. “I was having to brake really gently and short-shift up the gearbox to try and limit wheelspin because the car was all over the place. Once I got ahead of James I tried a few times to back him up into the pack but he was too wise for it. Another podium is good points toward the championship.”

Gornall took third, after seeing off pressure from Palmer, Zelos and Brown. “It’s another podium so we’re keeping the run going, plus I got a handy haul of points for pole and fastest laps this weekend,” said Gornall. “My car took a bit of a beating in that one, but it was a mix of aggression and the conditions.”

Full results can be found at https://www.tsl-timing.com/event/192005/session/rc2jcm 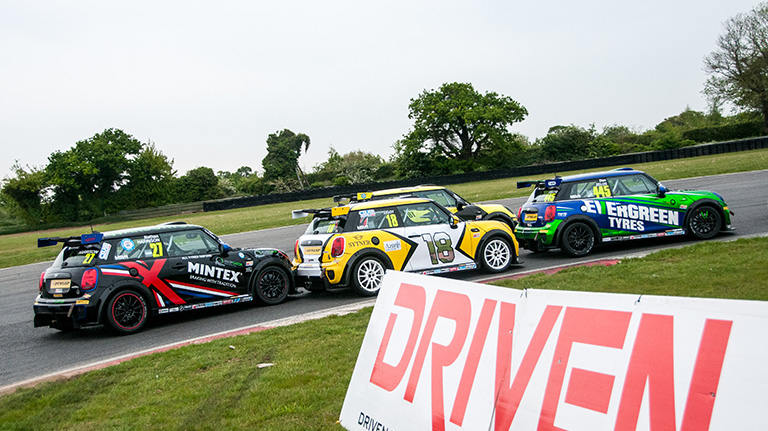 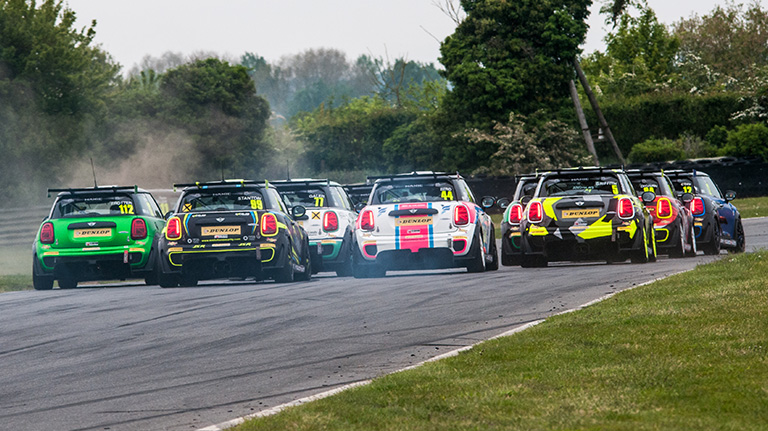 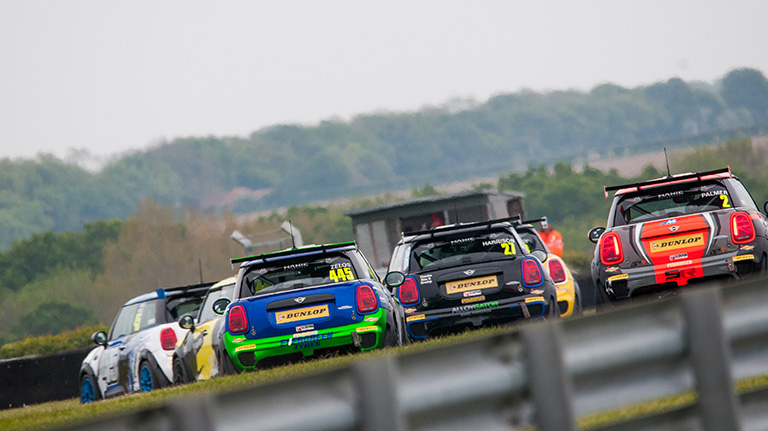