Dan Zelos made an instant impact on his full MINI CHALLENGE JCW debut, scorching to pole position under the sweltering sun during the first day of the season at Oulton Park.

And, if the qualifying margins are anything to go by, we’re set to have two tight contests on our hands when the racing finally gets underway on Easter Monday as the returning James Gornall pushed Zelos all the way for top spot during Saturday’s 20-minute session.

Zelos, who made only a single appearance in a JCW as a guest entry last year, secured pole by just 0.075s ahead of the 2008 British GT champion.

Zelos started the session aiming to bring his Dunlop tyres into the right operating window, and then nailed a lap to eclipse the field at three-quarter distance.

“It was so hot and I was aware that these tyres can be quite delicate in temperature, so I did a few laps to slowly bring them in and then found some clean air and just went for it,” said a delighted Zelos.

“Everything about the lap was great, and I knew it was good even before I finished it. To get pole for the first race of the season is just the perfect start, but I know it’ll be hard work on Monday.”

Gornall added: “I’m a bit disappointed with second in truth as I had two other laps where I was at least 0.3s up but caught traffic and got baulked in the final sector on both. But it is what it is, and we’ve got some racing to do on Monday.”

The top nine were separated by just a second, with many people’s early pick for the championship, Nathan Harrison, setting the third fastest time, but conspicuously four-tenths down on the pole lap.

“I struggled with the car a bit,” Harrison explained. “I think we had a bit too much grip at the front because I was getting a lot of ‘push’ on the left-front and that held me back, but third is good and we’ll go away from this and look at the setup.”

Lewis Brown put in a fine drive to go fourth fastest, but thought he could have had more had it not been for badly timed traffic. Jac Maybin held fifth for most of the session until a last-lap special from Jack Davidson secured him the place and demoted Maybin to sixth. Renault Clio convert Ben Palmer was seventh fastest on what he termed “my first clean run in the car” as he continues to learn about the intricacies of running a JCW. Rory Cuff will start eight ahead of Max Bird and Jacob Andrews. 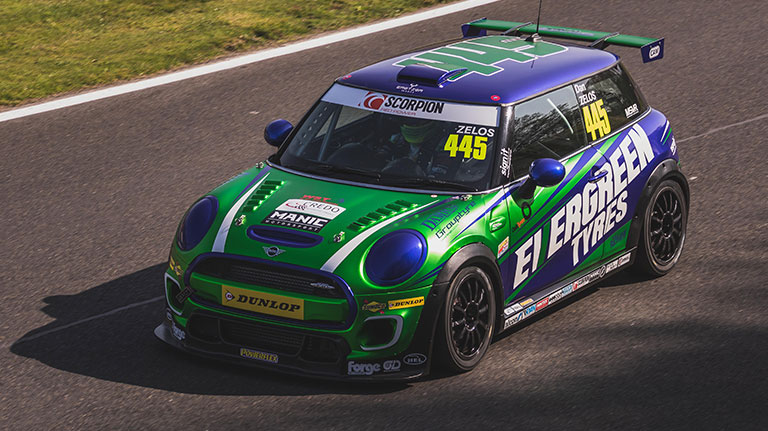 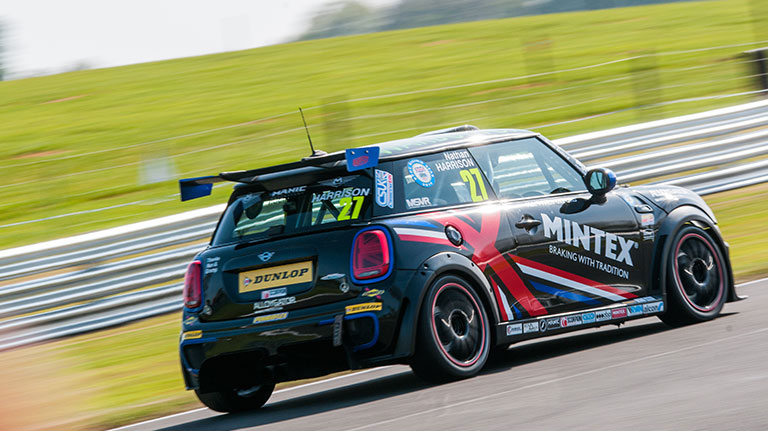 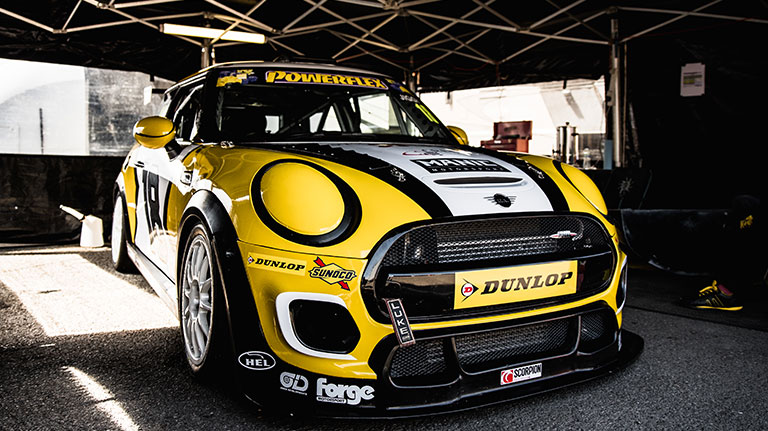