Jono Davis has had quite a year with the MINI CHALLENGE. The season began at Donington where Jono secured Pole position for qualifying, but things took a turn for the worse when his engine blew up, leaving him with two DNFs for the weekend. We moved onto Snetterton for the next round and due to a short amount of time between weekends, there hadn’t been enough time to repair and test the car. This meant Jono went out for qualifying without a good setup and problems continued throughout the weekend but despite this, Jono was able to collect his first win of the season.

The season continued to have ups and downs, a well-deserved win in the final race at Silverstone but mechanical failures at the following round at Oulton park meant two more DNFs.

Things started to improve as we went to Brands Hatch for the MINI Festival, Jono collecting another win but it was Cadwell that proved to be the turning point. The car finally appeared to be working well and Jono became unstoppable. 5 wins in the next five races at Cadwell and Rockingham.

“It’s hard because we didn’t do anything different and were still prepping the car the same, but it just worked, and we finished races. Cadwell was the first weekend that we didn’t have any problems and was the turnaround point”.

Jono has been racing in the MINI CHALLENGE since 2016 when he joined the Open Class. “We’d been racing in a BMW Compact and I didn’t fancy the Coopers as they were slower, but I always liked the idea of racing a Cooper S. The JCWs were too expensive for us and my parents had previously owned an R53 and I loved the brand and the car.”

This season Jono has turned to Excelr8 Motorsport to run the car for him. His family is also strongly involved, Mum doing the team catering and Dad supporting on the car. “The best team always wins or is at the top. If you want to be the best, you have to be with the best. The team has put a lot of time and effort into running the car, both in preparation and during the weekend.”

2018 also saw Jono step up to the JCW class in an unexpected turn. “I saw the news that Ollie had moved up to BTCC and was talking to Excelr8 about who would be in the car that weekend. I asked to be put on the already growing list of drivers and managed to get the money together thanks to my sponsors Bovell and Sycamore MINI so that by 3pm Friday I was in a JCW, racing at Brands Hatch on the GP circuit on the DTM weekend. Really a bucket list moment with such a high-profile event. To me it was massive”.

For 2019 Jono hopes to be back in the JCW, supported by Bovell and Syncamore MINI. We look forward to seeing him continue to race in what’s lined up to be an exciting season. 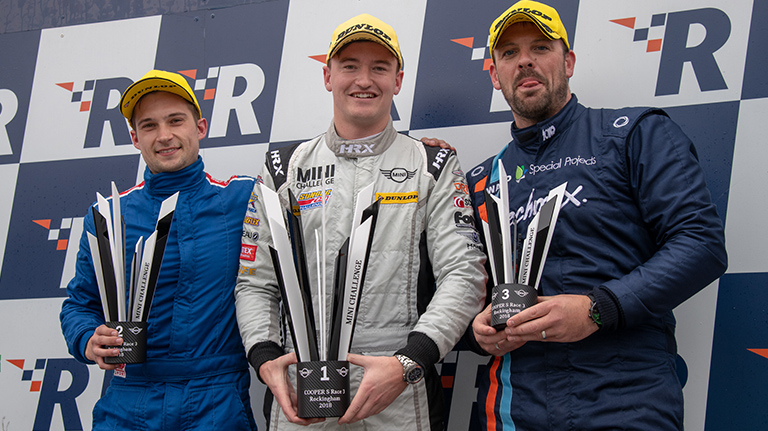 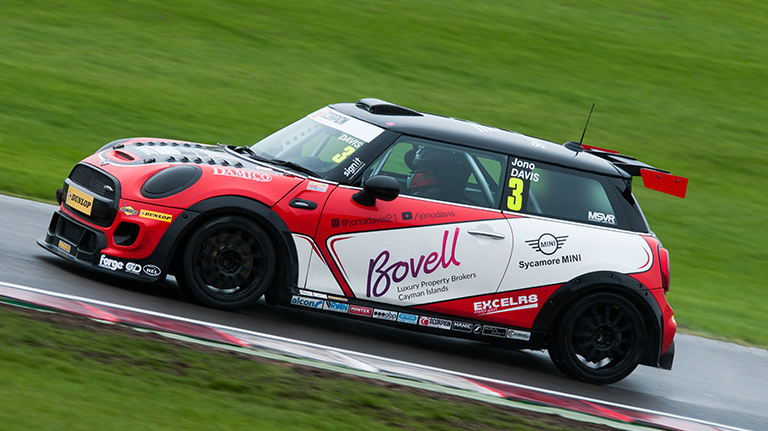