Rob Smith left it late to snatch pole position in a challenging qualifying session at Oulton Park, which kick-started the annual northern edition of the MINI Festival.

During a session that was punctuated by two red flag stoppages for cars hitting trouble around the Cheshire track, local man Smith kept his head and banged in a lap good enough for top spot with just 10 seconds of the session remaining.

“From the first lap of testing this weekend the car has felt great, we’ve really found a solid balance and I just love it around here,” said Smith. “I tend to finish the year pretty strongly, so hopefully this is the start of a comeback and I can sneak into the title fight under the radar!”

Provisional pole had belonged to David Robinson for much of the session. Robinson went fastest early on, and was on for an improvement when the first red flag curtailed his hottest lap. He did improve in the final five-minute dash after the incidents had been cleared, but couldn’t quite match Smith.

“I’m well chuffed with that session, but at the same time I know it could have been better,” said Robinson. “My best lap got cancelled by the first stoppage, and after that the tyres started going off a bit. But it’s ended my trend of having disappointing qualifying and I know I can do something good from here.”

Rory Cuff celebrated his career-best qualifying by grabbing the third-fastest time in what was a very impressive performance to pip title chaser Nathan Harrison to lead row two.

Jack Davidson will start fifth, ahead of championship leader Ant Whorton-Eales, who struggled with a changing balance in his JamSport-run car.

“We tested on used rubber and the car felt great, but when we fitted fresh Dunlops for qualifying the balance just kept changing,” said AW-E. “One corner it would push and one it would oversteer, it’s very weird. But the positive is we know the car is great on scrubbed tyres, which is better for a race distance.”

Collard Sr led the way for his son Jordan, who wasn’t happy with his session, having been a serial top qualifier so far this season.

“We’ve got a few traction issues on corner exit, so it wasn’t the best and the two stoppages made it impossible to get a rhythm,” said Jordan. “I’m only half-a-second off, which would put me about sixth somewhere like Silverstone, but here I’m 11th as it’s so tight. Still, we’ll make the changes and I’ll be on a charge. I have to beat the old man at least!” 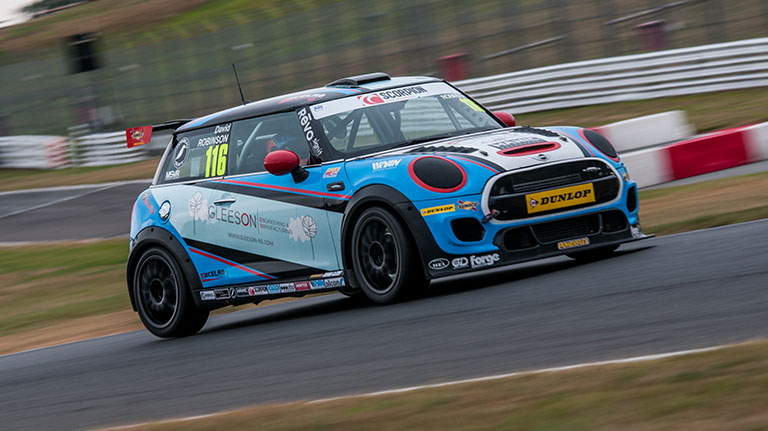 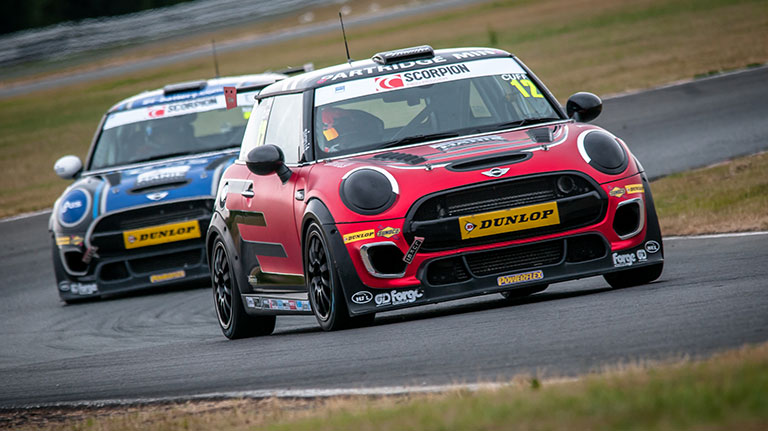 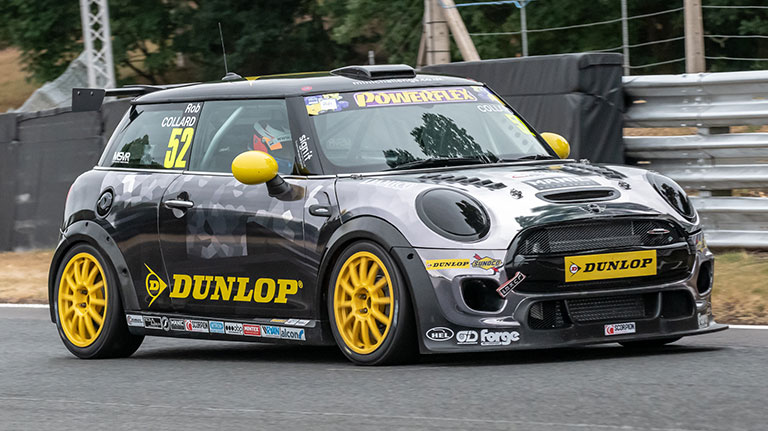