Having enjoyed a perfect start to the season so far, Ant Whorton-Eales suffered the disappointment of retirement in the first outing at Snetterton, as Nathan Harrison romped to his first victory of the year to close the gap to the championship leader.

While Harrison’s win was taken purely on merit, his job was made easier by trouble for his rivals. Pole should have gone to Jordan Collard, but the teenager was sent to the back of the grid after an administrative error was made on his tyre forms.

That unfortunate incident promoted Harrison to pole, with three-time winner Whorton-Eales alongside. But things didn’t go well for AW-E early on.

“The water temperature was spiking on the green flag lap, but I thought I’d start the race and see if it cured itself,” he said. “I got away fine, but then the lights went crazy on the dash down the back straight so I decided to park it. I’ve won a few championships in my time and you don’t do that by doing stupid things and risking the motor.”

With AW-E crawling back to the pits to retire, Harrison made an early break ahead of the impressive Jac Maybin, Henry Neal, David Robinson and Rob Smith.

The safety car was summoned for tidy away Will Neal’s stranded car at Brundle after a clash, but when the race restarted for a 10-minute dash, things got tense.

Harrison controlled his getaway well, but Henry Neal got a good run on Maybin and darted inside his foe into the Wilson hairpin to steal second. Neal then got the hammer down to close on Harrison, and with two tours to go caught onto the rear of the leader.

“I could see Henry closing in the mirror, but I was controlling my pace and not doing anything silly, but decided I’d better up it a bit at that point as he had me worried,” said Harrison, who eventually nursed a 1.5s gap to the flag.

“It’s great to get my first win of the year. I knew we had the pace, but obviously we got a little lucky with Jordan and Ant having issues. This brings me right back into the championship.”

Neal secured second, adding: “I’m made up with this! I was pushing like mad every lap and gave Jac a little dummy into the hairpin. Then I was doing qualifiers to try and catch Nathan as I thought I could win it, but the fronts had given up by that point and it was understeer city!”

Maybin held off a late charge from Smith to claim his first podium. “I can’t complain about that!” he said. “To be on the podium in just my third car race meeting is brilliant. I was struggling with understeer so perhaps I cooked the fronts, but this is just a mega result.”

Luke Reade put in a fine drive to take fifth, having started 11th after a disappointing qualifying. Robinson was sixth ahead of Lewis Brown, Jack Davidson, Rory Cuff and Sam Weller, who completed the top 10. Collard managed to salvage 15th place – up from 28th – despite also copping a 10-second delayed start penalty for his team’s tyre error. 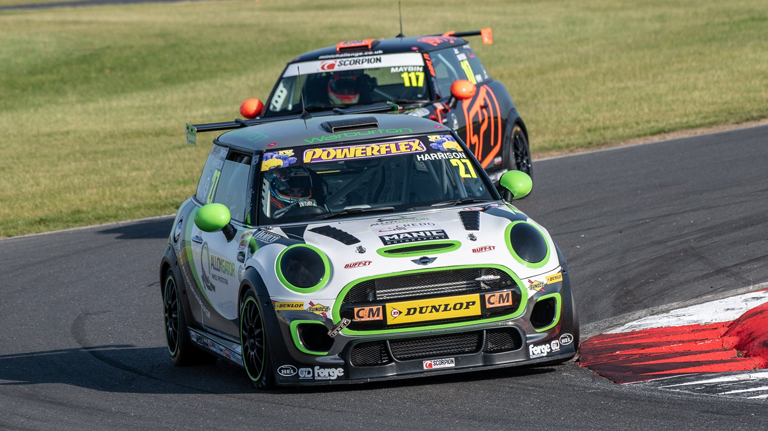 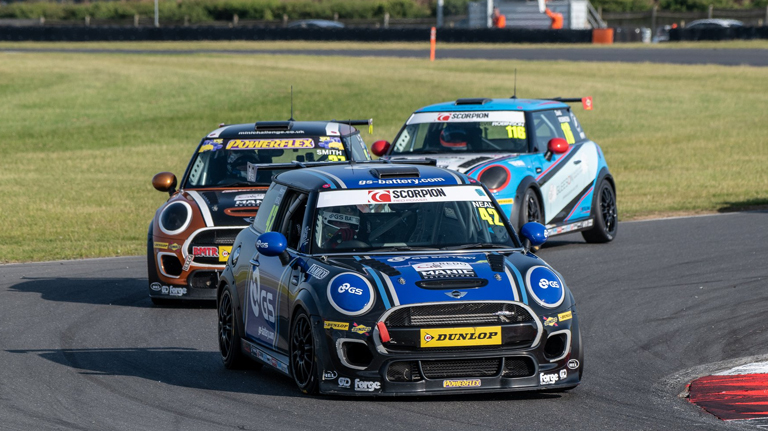 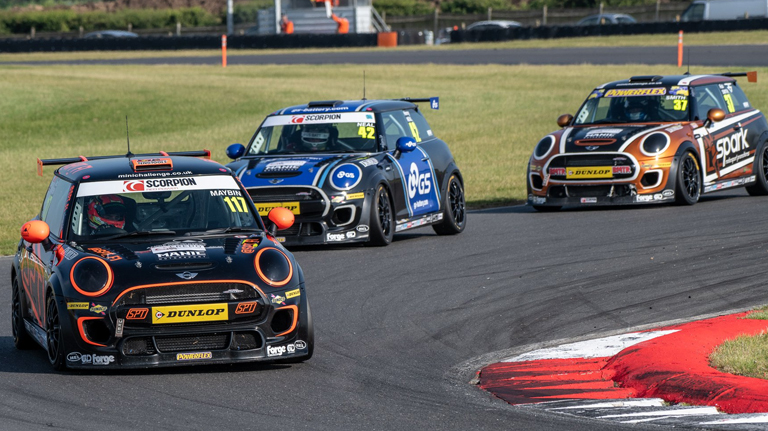