The Am Class, clearly the place to learn race skills had, Andy Godfrey, Gary Papworth and Adrian Norman returning and both put on a great show. 9 Am cars on the grid and more are promised. Alex Nevill converted his pole position in qualifying to 2 wins in the class. Andy Godfrey had the time of his life with P2 in qualifying and P2 in the first race, Andy had a great race with Neil Clarke in the 3rd race but unfortunately, a bit of “late braking” (or is it breaking) at Roberts had them both throwing good places away to Andrew Norman, in P3 and Darryl Brown in P4. Wai Kong Yau and Elsbeth Rodgers were both starting nervously, we all have to start somewhere, there is no better place than the MINI CHALLENGE Am Class for that.

A good mix of Turbo power R56s and Supercharged R53’s. The unmistakable whine of the Supercharger has to be nearly as evocative as the smell of Castrol “R”!

Qualifying had Jono Davis showing that his refreshed R53 means business, it is now run by Excelr8, with a dominant pole from Stu Lane in his AReeve prepared R56. Tim Bill had his nice R53 well wound up and showed great promise. Will Fairclough, new to racing, runs an F56 Challenge MINI on the road. His R56 run by AReeve is last year’s championship winning car. He won the first race and had P3 in the last race. Two podiums on your first outing!  Chloe Hewitt managed to make the start after a last-minute let down from sponsors. She drove so well last time out, one thing is certain is that more podiums are certainly coming her way in the not too distant future. Samantha Bowler had a good baptism of fire and showed great promise in her R56. Kevin Owen showed great pace last time out in his Excelr8 R56 but no one could match Rob Austin. Not the BTCC Rob Austin, but last year championship runner-up Robin Austin! Run by AReeve.

Because the cars are a little more stretched power wise, probably about 230BHP at the wheels, 180BHP/Tonne and have great brakes and suspension they are under a lot of stress. Both the R53 and R56 are converted road cars with a lot of standard components that just happen to let go occasionally. It makes for exciting racing and demands good preparation of cars along with sensitive driving. Stu Lane, Jono Davis, Rob Austin, Will Fairclough are the ones to watch for an outright win, with Tim Bill, Chloe Hewitt and Kevin Owen close behind.  Exciting stuff for the long straights on the 300 circuit! 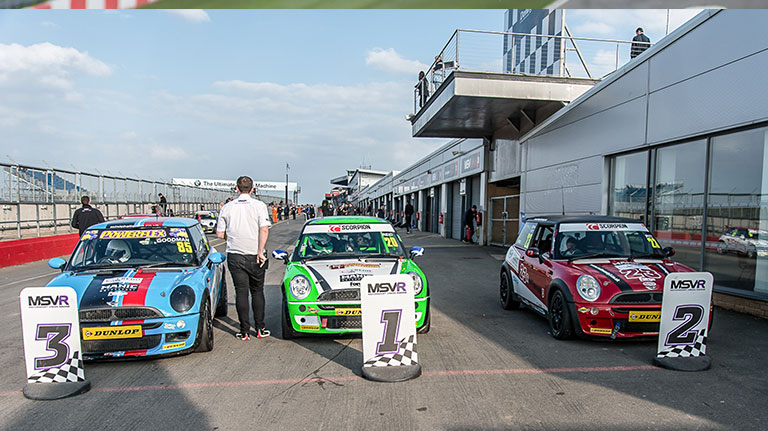 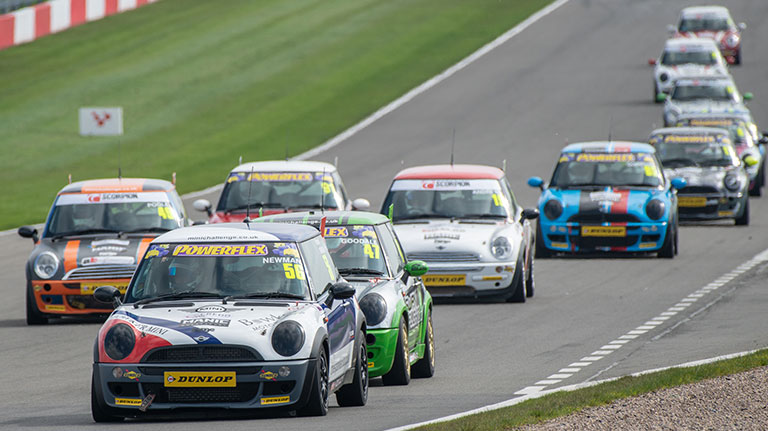 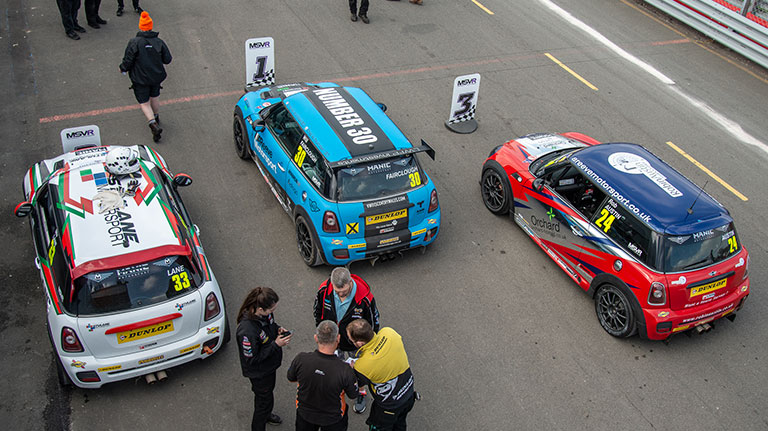