Ant Whorton-Eales secured his first MINI CHALLENGE JCW pole position of the season in a tricky session at Rockingham on Saturday.

The former British Touring Car Championship racer topped the times with a 1m41.471s effort, set on just his third lap of the session.

A wet-but-drying track greeted the field of 31 JCWs at Rockingham. After persistent rain all day beforehand, the track had dried to alleviate standing water, but a fully dry line never quite appeared.

Whorton-Eales fitted fresh Dunlop wets and went for it early. “During testing it was fully wet so everyone was struggling a bit,” he said. “Today it never quite made it to slicks but it was definitely drying out as the balance of the car totally shifted after I set my time. I think the tyres were starting to take a bit of punishment by that point so not many improved.” 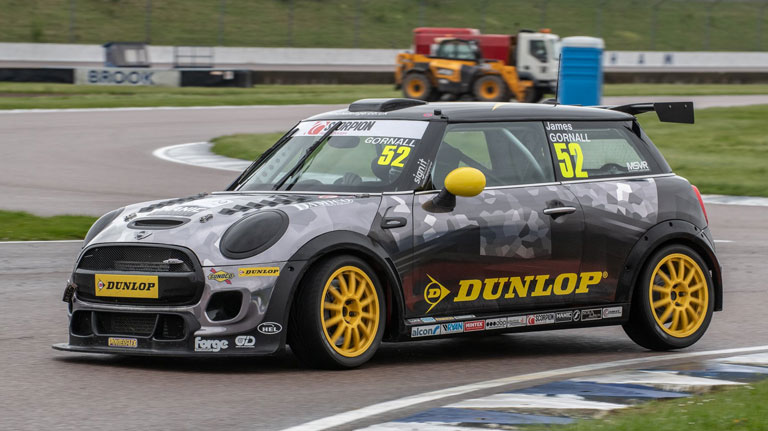 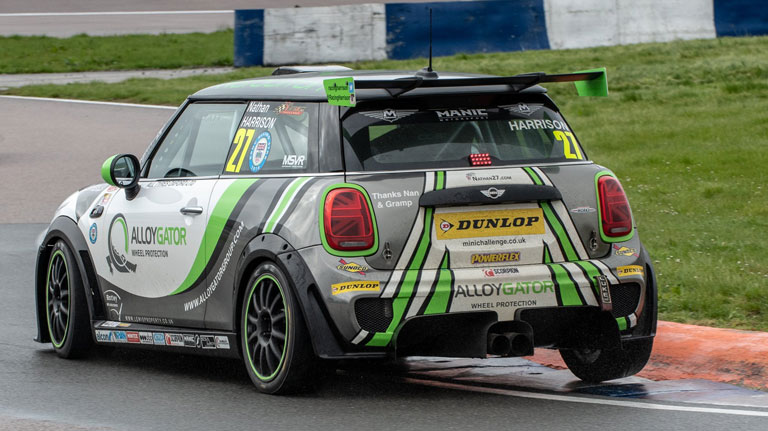 Nathan Harrison will start second, just missing AW-E’s benchmark by 0.128s. “My windscreen was misting up really badly so I had to pit early on to get the guys to clear it,” he said. “Aside from that the session was fine. I was sliding around a lot as there was hardly any grip.”

Championship newcomer James Gornall will start third. But the 2008 British GT champion admitted he could have had more: “I was happy with my lap, but pretty unhappy that on another lap I was half-a-second up after the first two corners but backed off as I still don’t know the limits of this car. I’ve never done anything front-wheel drive before, so I’m still learning. But I can’t complain about third fastest on my first time out.”

Luke Reade was fourth fastest ahead of Ollie Pidgley and Calum King. Jordan Collard was seventh ahead of Rob Smith, who was satisfied with his qualifying having solved a suspension damper issue that afflicted his car at Oulton Park.

Lawrence Davey was ninth ahead of Henry Neal, Rory Cuff and Jac Maybin.