The MINI CHALLENGE has come a long way in 18 years. The Cooper Class cars are still based on the Early MINI Cooper R50 car. 135BHP, but you can still have fun as the current cars are so light and very grippy.

This year sees the return of a lot of last year’s drivers as well as a raft of new and novice drivers. Some having their very first exposure to real racing after taking their ARDS test!

In the Pro Class, Simon Walton returns with Rob Sims Racing/Swanflight. As a very experienced driver, who last year had many visits to the podium but also had a few DNFs. James Goodall also joins him for his 3rd year in the Class. A major contender this year is Martin Poole, the last year’s runner-up. His car is always well prepared and is always up at the front. If he does the whole season Martin is in with a great chance of lifting the championship. Moving up from winning the Am Class last year is Stuart McLaren. He visited the Podium at every round last year to lift the Am class trophy. Kyle Reid returns to the series after having a few years of racing in the Scottish Cooper Cup and hopes to get good results. Richard Newman and Mark Cornell are returning with Excelr8 Motorsport and hope to continue where they left off last year. 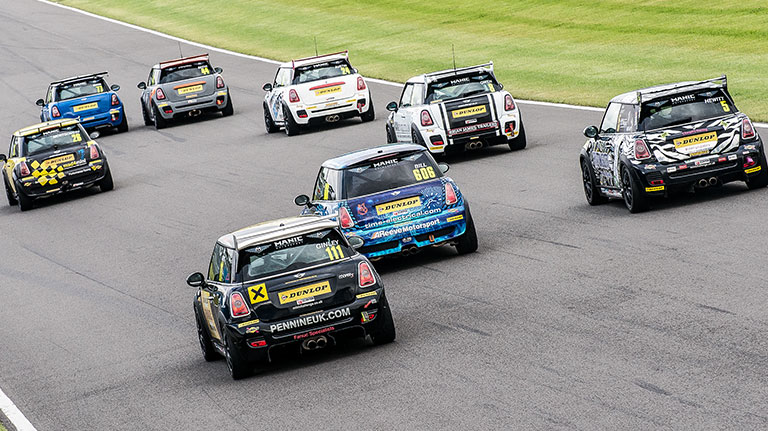 This renamed Open 180 Class of last year, but this year they are using full Dunlop racing slicks, (providing it is dry!). With nearly twice as many cars running this year and the cars being very powerful (180bhp/ton) we are in for lots of fast exciting racing. The cars are mainly R56 JCWs or Cooper S’s or R53’s.  Rob Austin, the last year’s runner-up, is returning with a new R56 built by AReeve Motorsport. Will Fairclough, new to racing, will have his first year in the MINI CHALLENGE running last years championship winning R56, this is also run by AReeve Motorsport. Will bought one of the new MINI CHALLENGE F56’s, did a track day with MINI UK and got the racing bug!  Kevin Owen returns in his R56 and will be run by Excelr8 Motorsport. Jono Davis in his very quick R53 Cooper S Works has changed to Excelr8 and should do well. It will be great to see Team Zoo return with Chloe Hewitt expecting to pick up some more trophies to add to her collection. Chloe has really developed into a smart racer, she thinks and stays out of trouble. With Sussex Road and Race setting her car up again, I expect her to visit the podium more than a few times this year. Andy Montgomery and Neil Ginley (Mad4MINI) are both returning along with Tim Bill. Stu Lane is doing the whole series this year and I expect him to be up at the front with his very smart R56.  Samantha Bowler and Alan Lee are new to the championship are both entered in the Rookie Championship along with Will. With a good spread of experience and lots of power and grip, great racing is expected and I am sure will be delivered. Another exciting year for the MINI CHALLENGE. 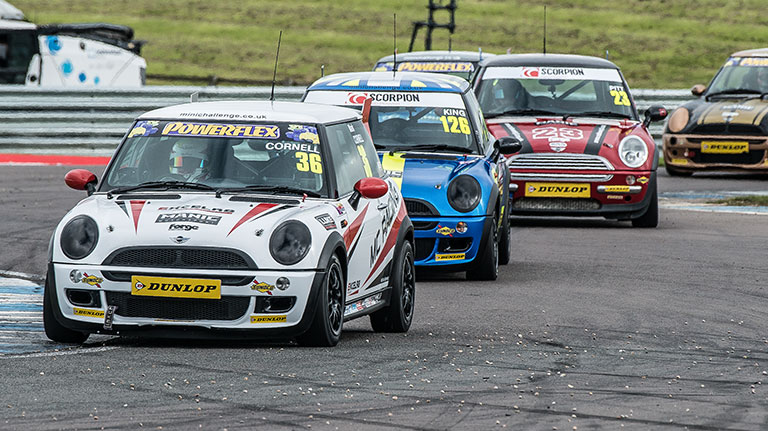 In the Am Class, we see that Adrian Norman is now running with College of West Anglia and is expecting a few more trophies to add to his collection. Andy Godfrey returns for a second-year with AReeve Motorsport. Darryl Brown is also joining them in his Mad4Mini run Cooper. The rest of the Am Class appear to be new to Championship. It will be great to watch the drivers develop and start to challenge for the front. One thing is for sure, they are all in it to win it, but most of all they want fun! 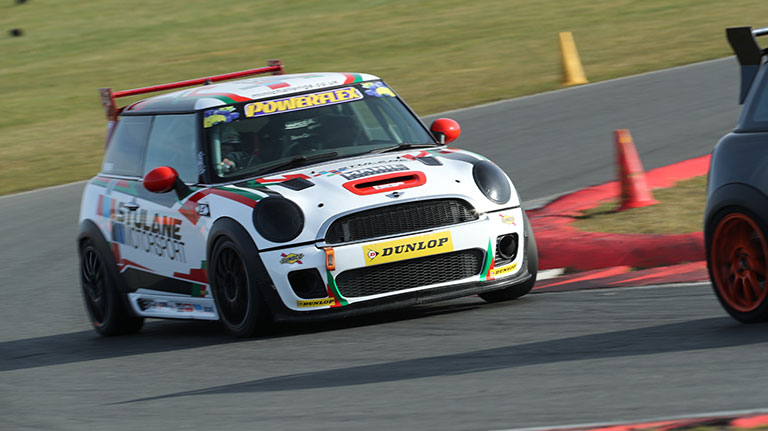