Rob led from lights-to-flag to secure a second victory of the season, and had to do so twice after a red-flag interruption early on.

Rob judged his revs perfectly at the initial getaway to hold the lead into Paddock Hill Bend as Brett Smith slotted in behind after diving back ahead of fast-starting guest driver Sarah Moore.

The man on the move at the start was Charlie Butler-Henderson, who dived around the outside of Paddock to annex fourth after a great launch.

Sadly it all came to nought as five cars spun at the tail of the field entering Surtees, summoning the red flags.

The field was put back to its original grid order, meaning Rob had it all to do again. He did do it all again, but this time even better.

“I’ve always had good starts around here and it’s quite nice at Brands as the pole spot is flat,” he said. “My second one was a really good one too.”

Rob shot away as Brett fluffed his lines and immediately fell behind both Lawrence Davey and Moore. Brett pushed hard and made a well-timed lunge on the brakes to grab third from Moore into Paddock Hill Bend, just as the race was neutralised yet again when the safety car was called for Rebecca Jackson and Richard O’Dwyer’s cars beached in the gravel at Paddock.

With the order set, and only a few minutes remaining, Rob was shown the chequered flag behind the safety car.

“The race was a bit of a non-event really,” he said. “It was stressful having to do two starts and I was gutted when I saw the safety car as I had a good gap and rhythm going. But it’s a win and points are points.”

Davey took second saying “It was a bit lonely really. I stuck to Rob’s tail as best I could but not much really happened between the red flags and the safety car!”

The race was another disaster for Max Bladon, who had to stop his car on lap two with his second driveshaft failure in as many rounds at Brands.

“We had one go last time here, now the other side has failed,” he said. “It is what it is really. Clearly this place doesn’t like me much!” 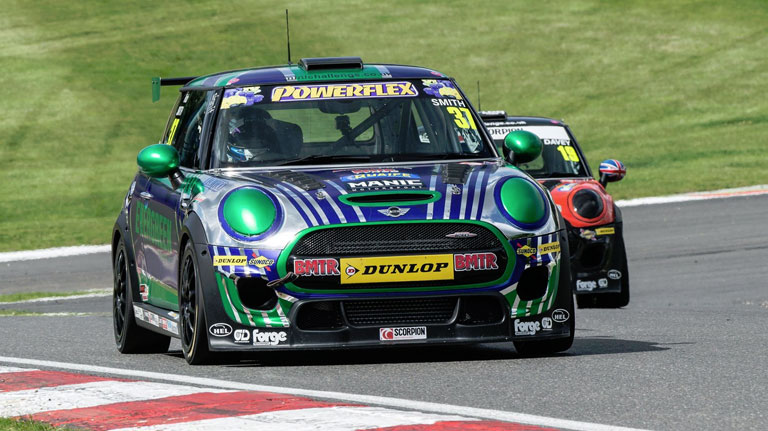 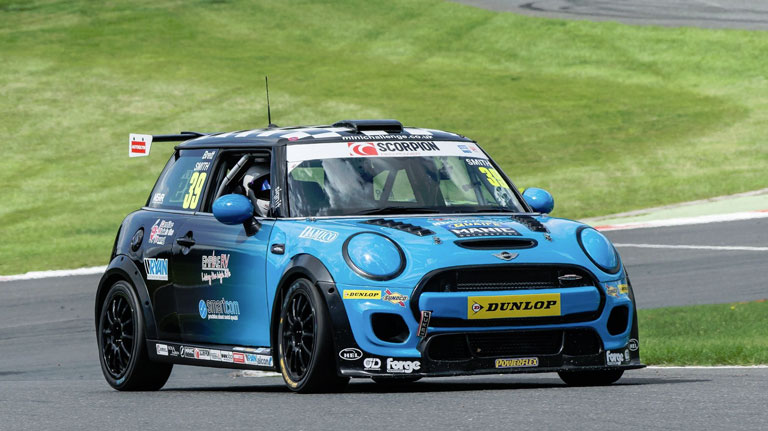 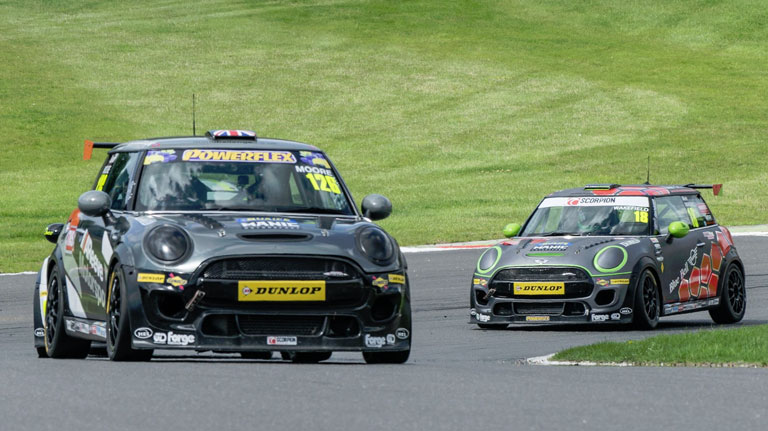 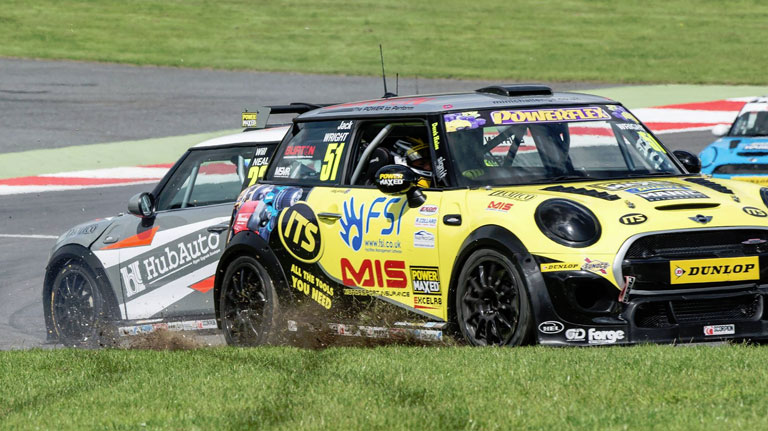 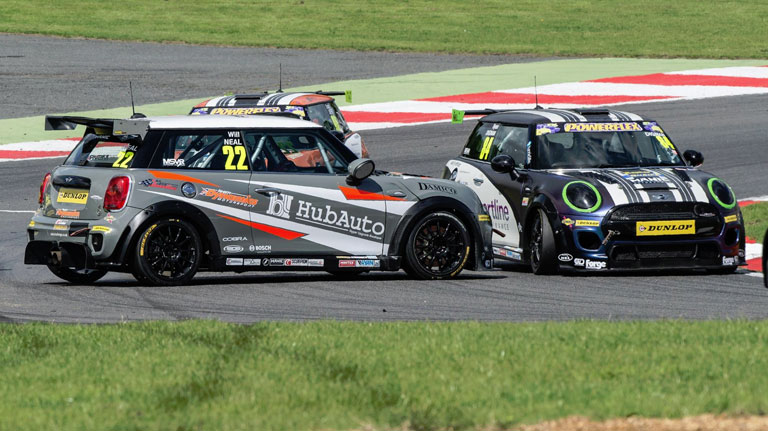