Max Bladon secured his second victory of the season in a truncated second race at Silverstone. Much of which took place under the safety car.

Bladon started second on the grid, behind Henry Neal, but made a strong start to pile the pressure on Neal through Copse and into the Maggotts-Becketts complex for the first time.

The two ran nose-to-tail into the first Maggotts section before rubbing into Becketts, with the contact sending Neal’s car spinning off the circuit and out of the lead. Bladon suggested that Neal had braked mid-corner and caught him out, but Henry’s face post-race told a very different story.

The net result was Bladon at the head of the pack with James Turkington second from Rob Smith, Mark Wakefield, George Sutton, Reece Barr and Brett Smith, who got a tough start and was mired in the pack.

With Bladon out front, Rob Smith began to pile on the pressure as Wakefield managed to work his way past Turkington, who was shuffled back to fifth in a handful of corners.

Rob Smith started to close on Bladon, but was unable to make a move as the safety car came out after JM Littman hit the barriers hard at Copse.

With the race neutralised for a few laps, Bladon was facing a 10-minute restart. He controlled his pace behind the safety car and bolted at the first opportunity, just as Wakefield started to close dramatically on Rob Smith.

“My power steering failed completely behind the safety car so there wasn’t much I could do as Mark was coming past me,” said Smith.

But Smith’s luck was in as the red flags came out on the same lap when Ryan Dignan’s car slewed across the track and refused to re-fire. The result was called with five minutes left on the clock.

“It’s good to get a win but it was a bit of a rubbish race,” said Bladon. “I wanted Rob to hold Mark back a bit after the restart but now I know why he couldn’t manage it! Rob was pushing hard in the first stint, but I felt I had things under control.”

Rob Smith was put back into second with results counted back a lap. “I’m well pleased with that,” he said. “Finally a bit of luck comes my way. It’s a shame we didn’t get the win today but two second places is a pretty solid weekend.”

Wakefield was a disappointed third as he felt he had the pace to fight for a higher step on the rostrum. Brett Smith finished his weekend with a fourth place.

One man on a charge was Charlie Butler-Henderson. He started back in 25th place after his race one engine issues, but charged up to 13th spot by the end of lap one. Sadly his fightback was curtailed by the stoppages. 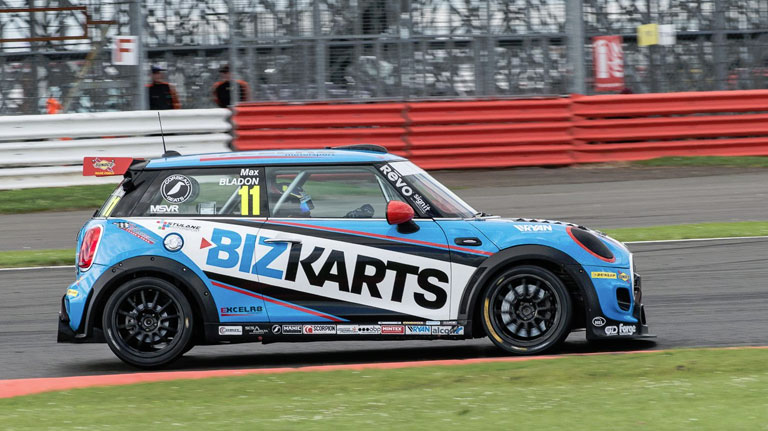 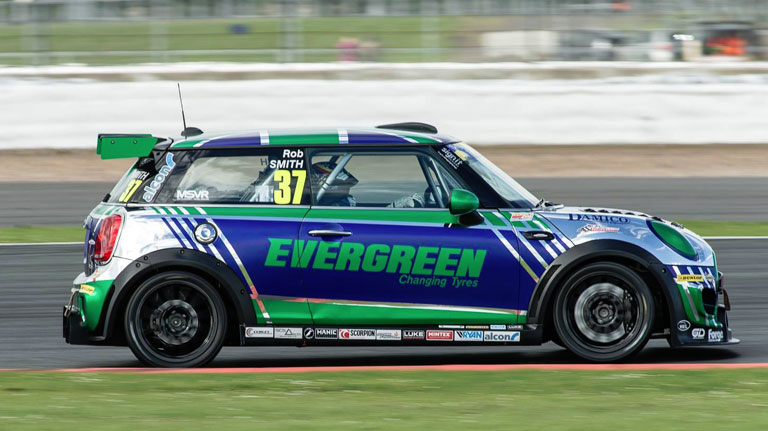 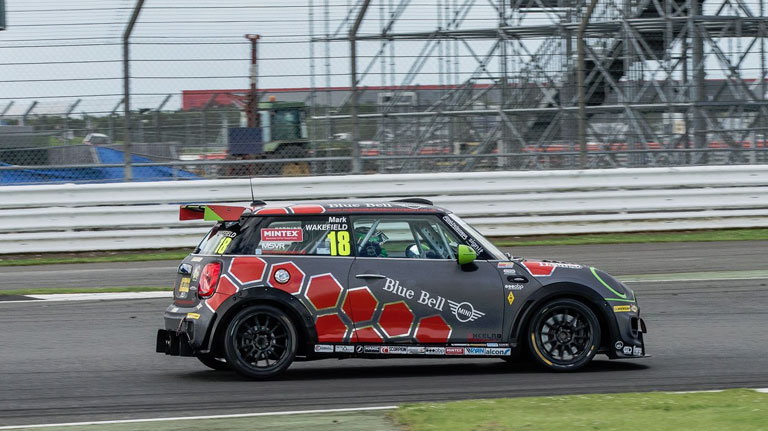 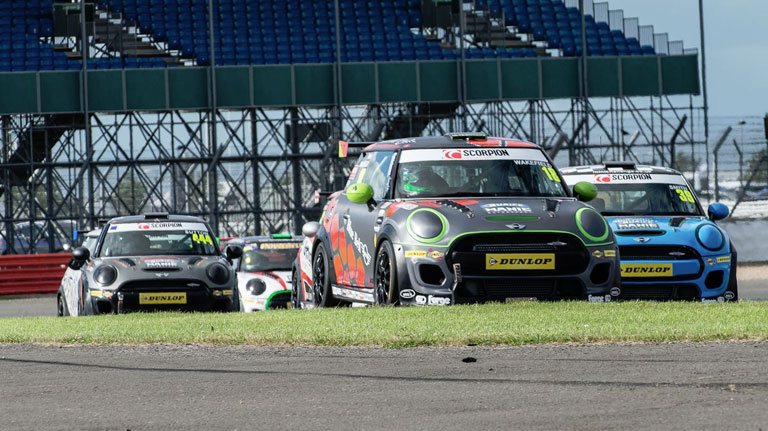