Brett Smith extended his points lead in the MINI CHALLENGE JCW Championship in an emotionally charged first race at Silverstone, winning the day after his father Jeff was hospitalised after a serious accident in the British Touring Car Championship.

Brett was the star of the first race, leading from lights-to-flag to secure his third consecutive race victory this year and stretching his points advantage in the process.

Brett’s biggest challenger was his namesake Rob Smith, who finally got to show his potential with a fine drive to stick to the rear of Brett’s car like a limpet throughout.

Both Smiths toured clear of a frantic fight for third place, exchanging fastest lap times between them. Brett always had the definitive advantage, despite the lead hap being as low as 0.1s at some points.

“Rob really made me work hard for that one,” said Brett. “He was on my tail everywhere and the rear of my car was awful. It was sideways everywhere and I was having to defend sideways too. Fortunately when you’re sideways it makes the car wider so it’s harder to go around the outside!

“That’s a special win for me. I was exhausted an obviously concerned for my dad.”

Rob Smith added: “I knew I had the pace but I couldn’t get around Brett. Everywhere I was faster is where it’s hardest to overtake – places like Maggotts, Becketts and Stowe. I decided to stick behind him and we worked together to tour clear. The pace is there to win.”

Mark Wakefield emerged from a tight fight for third place after a terrific scrap with James Turkington. Max Bladon held third for the first few laps ahead of Charlie Butler-Henderson, but both drivers would hit problems, and each other.

Wakefield initially stole fourth from CB-H into Club and then tried a similar move on Bladon a few laps later. It worked, but delayed both cars at the same time. That allowed CB-H to close in and the three ran together into Brooklands on lap three. CB-H inadvertently tapped the rear of Bladon in the pack, with Bladon skirting off and falling to sixth.

Things then went awry fro CB-H when his car slowed on the Hangar Straight a lap later. “It just lost power,” he rued. “I have no idea what went wrong but I’m gutted. I just got alarms and then it cut out.”

That left Wakefield and Turkington to fight for the final podium spot. Turkington stole ahead on the penultimate lap with a fine move at The Loop, but a sideways moment at Copse allowed Wakefield back ahead on the last lap.

“I thought I had it and then the rear just stepped out mid-corner and I had to work hard to catch it,” said Turkington, who celebrated his best result yet in the CHALLENGE.

“That race was brilliant, I loved it,” said Wakefield. “Club is clearly my favourite corner for overtaking!”

Behind Turkington, Bladon completed the top five ahead of the charging Henry Neal, who surged up the order from starting P17. Team Dynamics worked on the toe settings of the car to correct an imbalance, and Henry put in a fine drive to finish sixth ahead of George Sutton, Reece Barr, Stuart Gough and Lawrence Davey. 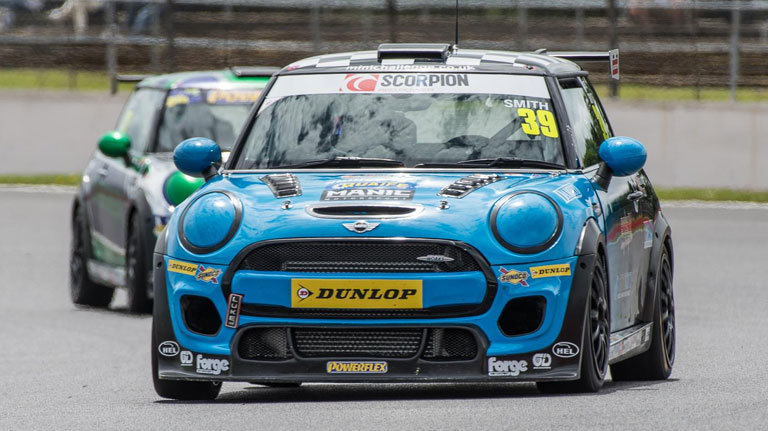 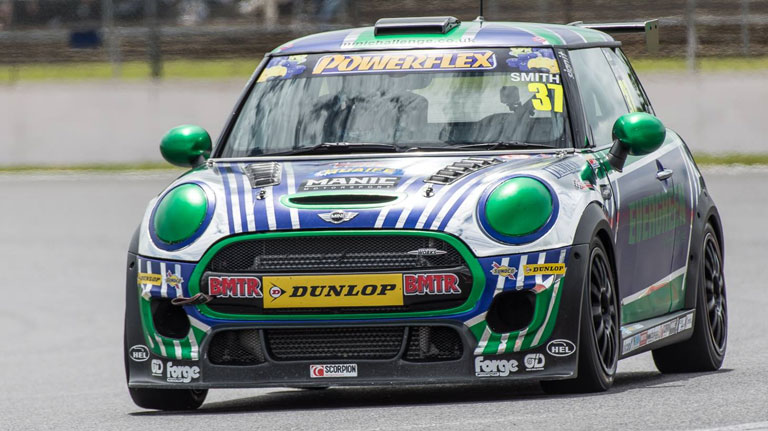 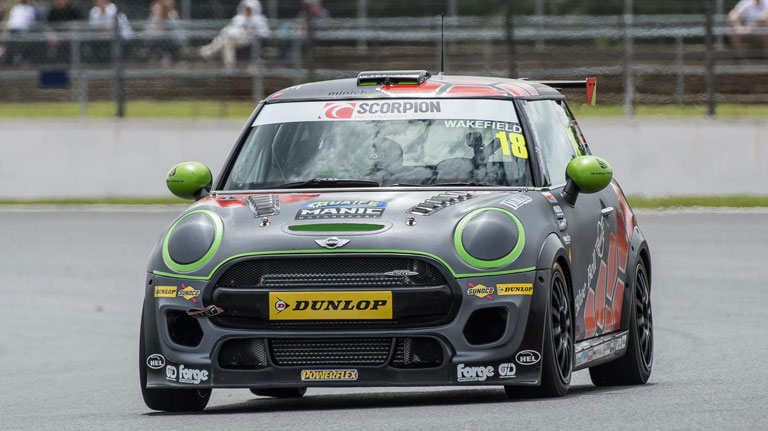 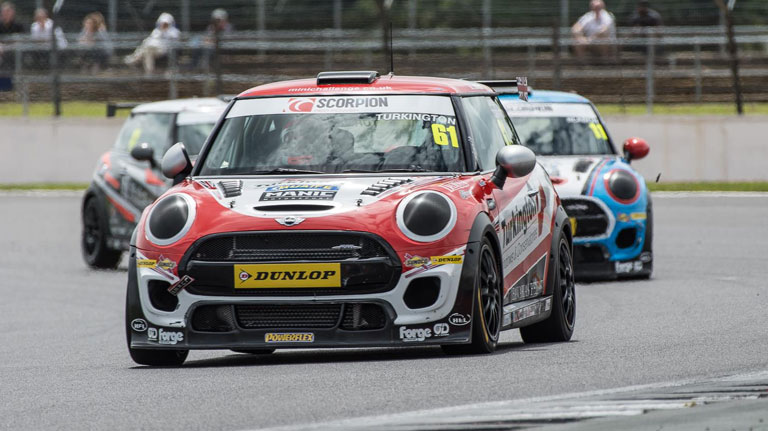 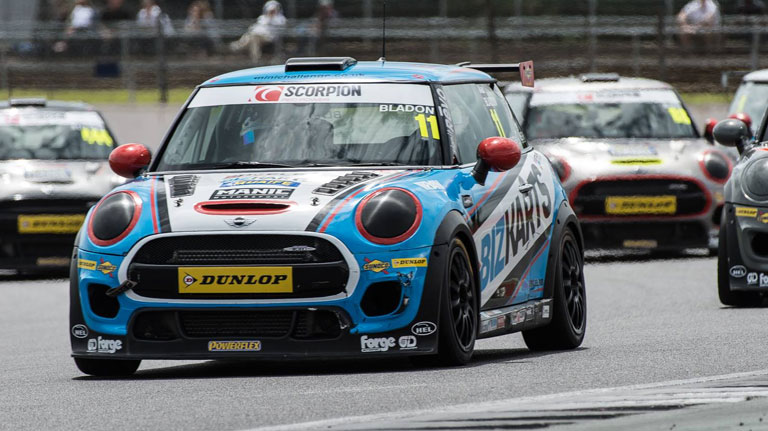