The Silverstone National Circuit, the one the BTCC use, suits the MINIs well. 3 blasts and a technical bit around Brooklands and Luffield. With 15 minutes,  19 cars and a potential 12 laps, it was all go! The early pace setter was Matt Hammond, very closely followed by Jessica Hawkins, both in ExcelR8 run cars. They took it in turns to give each other a “tow” in their slipstream. Jessica managed 13 laps and it was on her last lap that she grabbed pole with a 1:11.843 lap. Matt was next with 1:12.024 followed by Sam Weller in 1:12.244.  These 3 were to be the ones to watch over the weekend. Quickest in the Am Class was Daniel Bishop on 1:13.691, also in an ExcelR8 run car, Stuart Mclaren was P2 in 1:14.495 in P3 was Chris Middleton 1:14.958.

Jessica got a great start from pole closely followed by Sam Weller, Matt slotted in behind and decided to play a waiting came as his tyres were new and needed to heat up. The 3rd lap saw Sam take the lead, Jessica stayed in touch followed by Martin Poole who seemed to come alight. On lap 5 Jessica took the lead back and there she stayed increasing her lead each lap. Martin stayed in P2 until the 8th lap when Matt took P2 and he spent the rest of the race trying to catch Jessica. Matt made a slip in lap 11 and fell to P4 briefly with Martin Poole in P5, Sam Weller seized the moment  to slot in behind Matt and ending up at the chequered flag in P3, unfortunately  was docked 5 seconds for exceeding track limits, along with Simon Walton, giving P3 back to Martin Poole and promoting Simon Walton to P4 and Richard Newman to P5. The grid for the first race on Sunday had Jessica on pole with Matt Hammond on P2 and Martin Poole on P3 beside Simon Walton.

In the Am class, Daniel Bishop showed the whole field the way home, leading from Start to Finish in the Class. Daniel was followed by Chris Middleton and Andy Godfrey. Stuart Mclaren had a throttle problem and pitted, problem solved and he rejoined a lap down. Back of the grid for the next race but a finish none the less, to score points. Stuart Mclaren had an issue and finished 2 laps down.

Clear blue skies on Sunday morning before the “Church Bells” and the Pickup Trucks!

Jessica does it again, lights to flag. The race was effectively hers from the start, Martin Poole, Sam Weller, Simon Walton and Matt Hammond had their own battle while Jessica stretched her lead. Richard Newman visited the pits twice with throttle issues. Martin Poole and Simon Walton were both given a 5-second penalty for exceeding track limits. Martin Poole stayed in P2 until 9th lap when Matt Hammond overtook him. Jessica was in P1 again followed by Matt Hammond in P2, Sam Weller was promoted to P3 after Martin Poole’s penalty was applied.  In the Am class, Daniel Bishop and Chris Middleton both had a good start, but it was Daniel who was first into  Copse Corner. Chris gave  Daniel a good run for the place and scored the fastest lap. Stuart Mclaren came through from the back of the grid to score P3 in the class.

Reverse grid for the next race and this gave Pole for Martin Poole in Pro class and Pole for Dale Jameson in the Am class.  So the big question is can Jessica and Daniel fight their way through from P5?

This race, the last race of the weekend for the Coper class cars, is always a lottery with the reverse grid. It works in the BTCC and it certainly works in the MINI CHALLENGE. You can never predict who will be the winners in each class. We all have our favourites, but this gives the other drivers a real chance of getting on the podium.

A super start by Sam Weller from the 2nd row saw him get into Copse before Martin Poole and Matt Hammond, Jessica made up a place from P5 to P4. Jessica waited until the 5th lap and she out braked Martin Poole for 3rd place, with Matt Hammond taking the other side of Martin to slot into P2. The top 5 were looking good when an Incident occurred at Brooklands that had the waved Yellows flag coming out.  The Safety Car was deployed but unfortunately, the cars involved could not be cleared to a place of safety in time to allow the race to continue and the Red Flag was waived. All of the drivers involved walked away safely.

The Am class saw Stuart Mclaren stay in front of Daniel Bishop as Owen Walton slid down the field.Stuart managed to fend off Daniel until the Red flag called the race to an end.

Not the best way to end the Cooper racing for the weekend but cars can be fixed!  24th June at Rockingham is the next Round and it should be good to see 20+ Coopers out again. 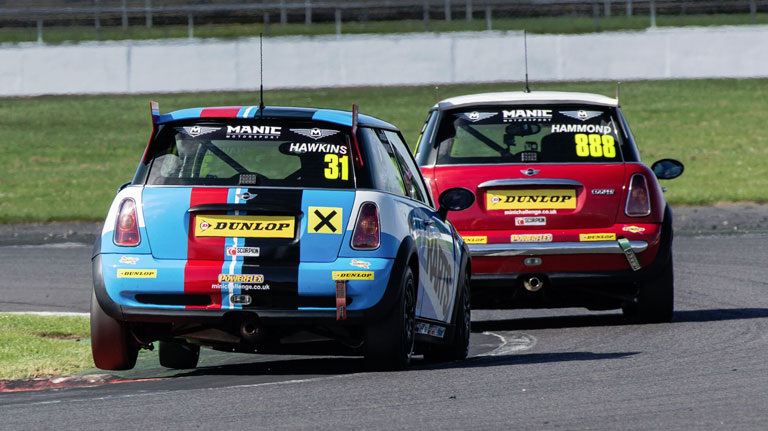 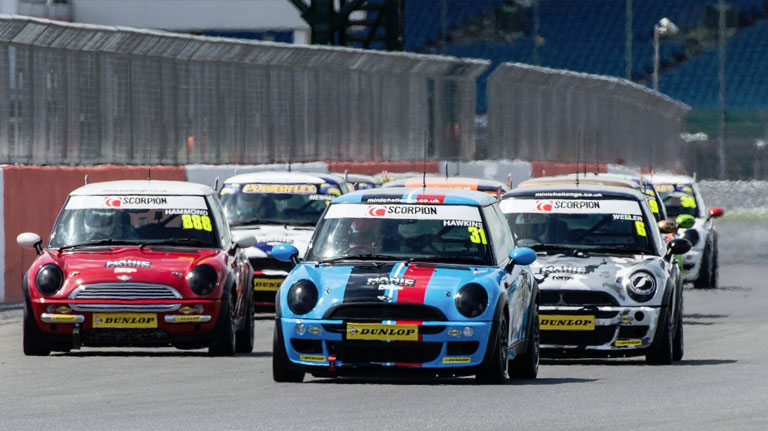 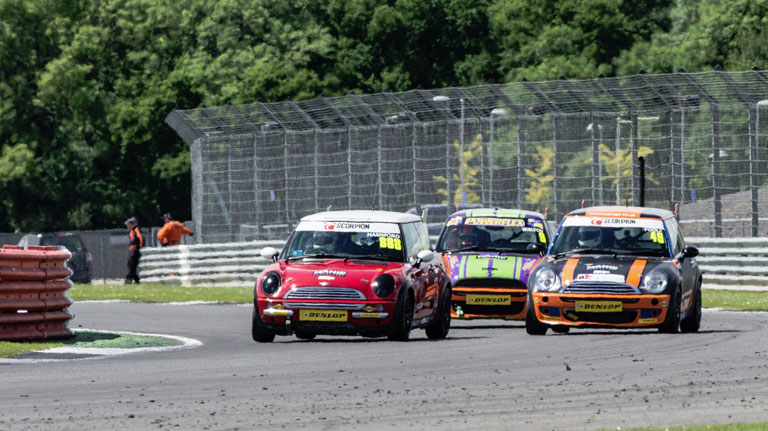 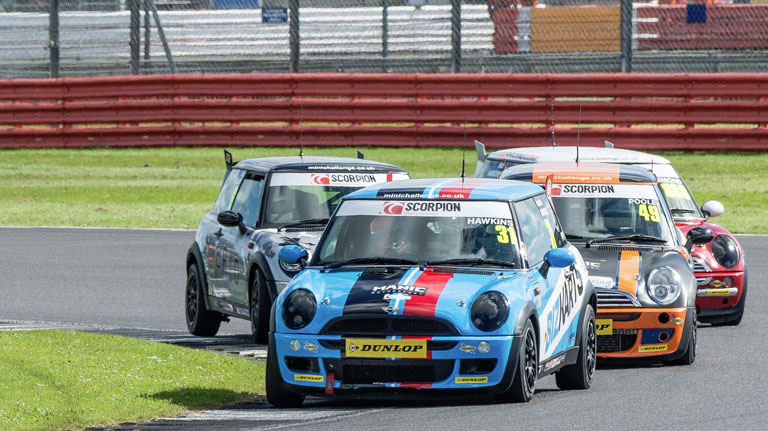 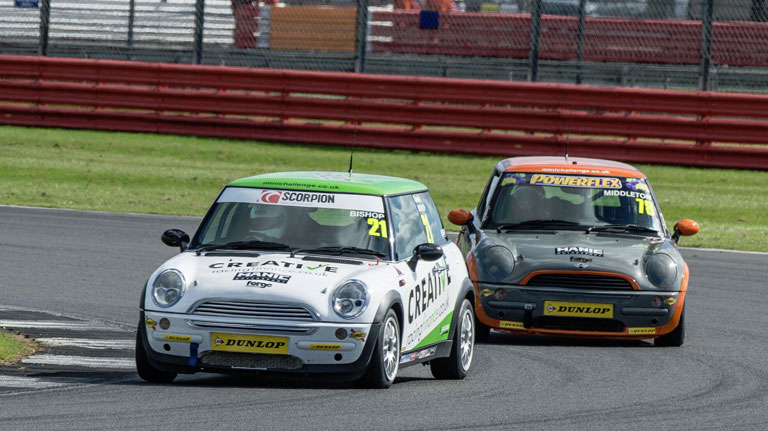 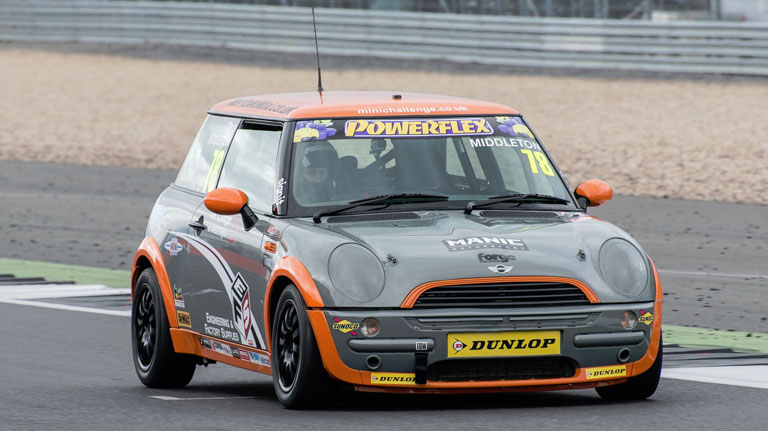 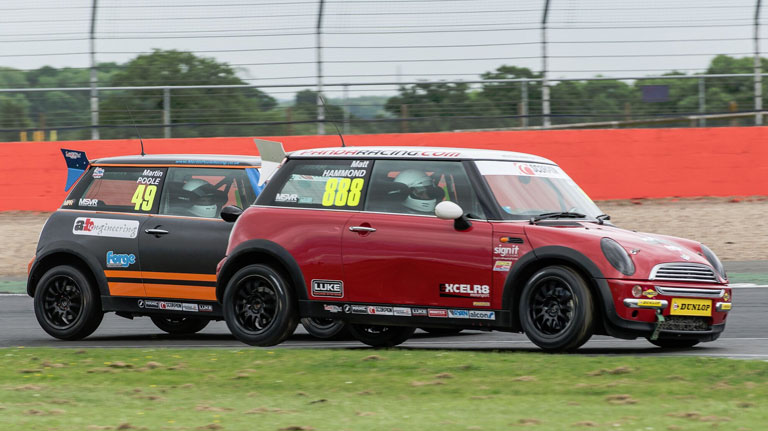 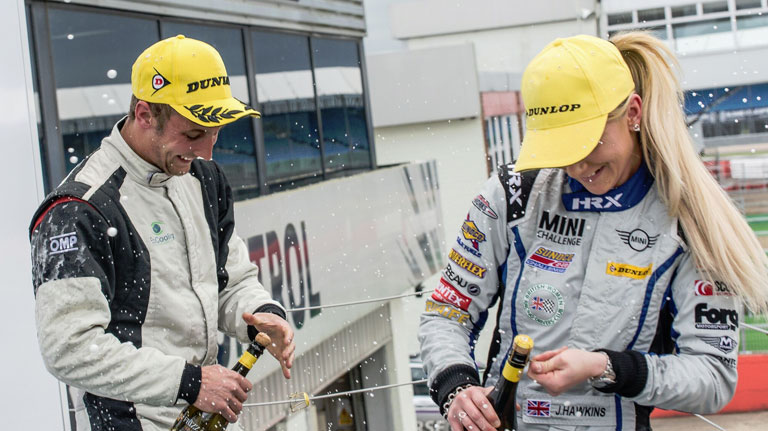