Brett Smith kept the unprecedented run of different race winners going by becoming the sixth different driver to top the podium in the opening six races this year – and his chances of landing this year’s title received a boost as leader Reece Barr suffered heartbreak with retirement.

After his pace in race one, Brett was confident of going even better on Sunday, and he was helped out when Barr was demoted two grid places for contact in race one.

That made it a Eurotech Racing front row, with Jeff Smith starting ahead of Brett, Max Bladon, Barr, James Turkington and David Grady.

The first attempt at a start had to be aborted when Steve King and Will Neal tangled away from the line, bringing out the red flags.

That led to all of the cars being re-gridded for a second standing start, and the Eurotech lads had a plan.

“We always had the agreement that whoever was fastest off the start would go in front and the other would defend,” said Jeff.

Brett’s start wasn’t great, but he made up for it with a rapid first sector, meaning Jeff let him through at Agostini. Once that was done, the fight for the win was over as Brett lapped consistently a second faster to pull out a colossal margin and secure is first win of the year.

“I just kept my head down and kept pushing, but I did check my mirror every now and then to see if anybody was coming through,” said Brett. “It feels great to win and my dad did a great job as my wingman. This is great points for me for the championship.”

Behind Jeff, a queue formed consisting of Grady, who had made up a handful of places with a strong second start, Bladon, Mark Wakefield, and Barr, who didn’t have the best getaway second time around.

Things would get worse for Barr too, when a driveshaft let go with a few laps left, sending him into the pits and into retirement.

Jeff held on to grab second, ahead of Grady, while Wakefield took advantage of a late mistake from Bladon to snatch fourth at the line.

For Grady, a podium after his nightmare qualifying session on Saturday was just reward for a fantastic recovery drive. “In race one I made up a load of places but the further up the grid you get the harder it gets,” he said. “If you’d have offered me a podium at the start I’d have taken it! I just kept things clean as Jeff was defending hard so we didn’t need to get mixed up in anything.”

Another driver on a notable charge was Rob Smith. After his heartbreaking race one retirement, Smith put in a brilliant overtaking display to finish ninth from the back of the grid. He was just behind sixth-placed Freddie Lee, James Turkington and George Sutton. 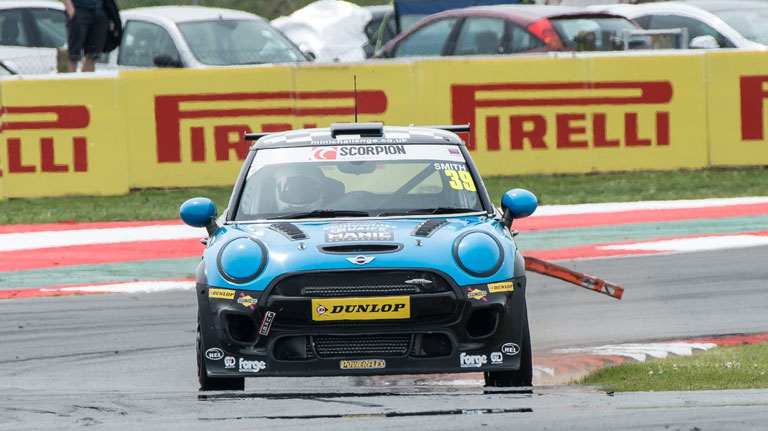 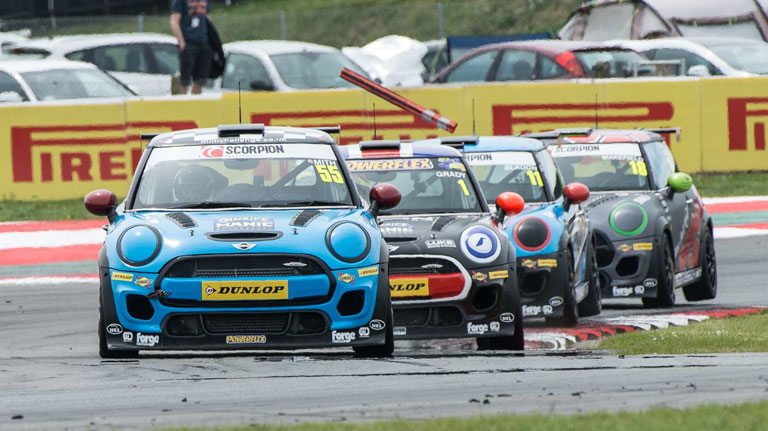 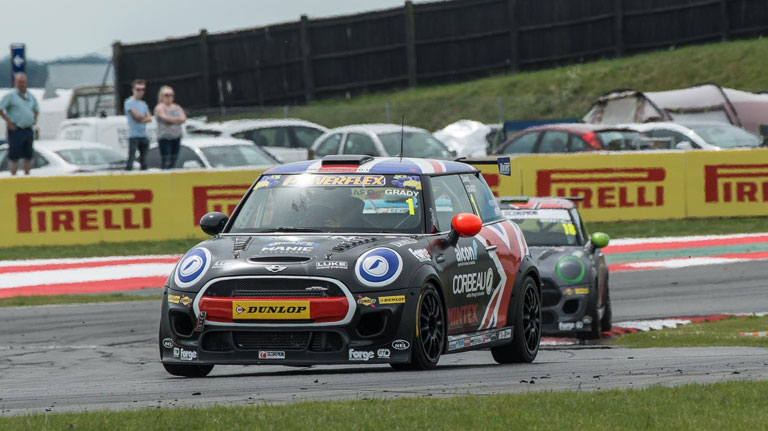 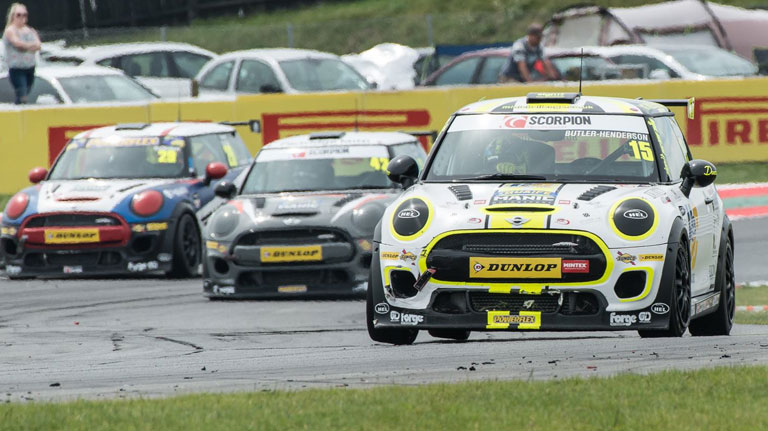