Reece Barr made it four different winners from as many races this year after scoring an emphatic maiden JCW victory in race two at Rockingham.

Barr, a former double Irish karting champion, showed maturity and race craft beyond his young years to storm through the pack and secure a commanding first victory.

The reversed grid placed Charlie Butler-Henderson on pole, with David Grady alongside as Barr and Mark Wakefield occupied the second row, with race-one victor Max Bladon back in fifth.

CB-H’s start wasn’t the best, allowing Grady past on the outside of Turn One before Bladon made an audacious lunge on the brakes down the inside on the brakes into the Deene Hairpin to secure third, as those behind were delayed. Barr was swamped down to fourth and Brad Hutchison secured an early fourth.

Barr didn’t wait long to start making a move and went door-handle to door-handle with Hutchison as Rob Smith also closed in. Smith pulled off a fine move to briefly dive in front of both on the brakes at Deene, before contact with Mark Wakefield a lap later led to Smith spinning and Wakefield heading to the pits with damage.

Barr slipped past Hutchison and then set his sights on the top three. He passed Bladon with a fine move up the inside through Gracelands, which he also then repeated on Butler-Henderson for second. Grady then fell victim to the charging Irishman on the brakes into Deene with a few laps to run.

“That was an amazing race,” said Barr. “I lost a few places in the first corners but then calmed myself down and started concentrating on pumping the lap times in and the car felt great. I had new-ish tyres on the front and the extra grip really seemed to pay off.

“After the start to the weekend with the penalty this is the perfect result. It’s moved me up in the championship and I’m feeling really good ahead of the next rounds.”

Grady said: “I was blown away by Reece’s pace there, I didn’t expect him to come through as fast as he did. I was managing the gap to Charlie and then he just arrived and cruised past. It caught me by surprise a bit. I’ll still take second as a good result though.”

Butler-Henderson added: “I thought age and experience pays over youth, but that little Irish lad is quick! It’s great for points and I really enjoyed it. We were all really struggling with tyres and around turn one there’s huge clumps of rubber vibrating and flying off the car so it feels like the tyres are about to blow out and it’s massively unsettling. I backed off when I knew I was sure of a podium.”

Brett Smith was fourth ahead of Stuart Gough, Hutchison and Scott Jeffs. James Turkington fought to eighth place ahead of Henry Neal and Mohammed Nalwalla. Max Bladon gradually slipped back after opting to not fit any fresh tyres for this race. He wound up 11th, but said: “It’s a learning exercise really. Sure we got the call on the tyres wrong but we’ve still won a race and earned good points this weekend.” 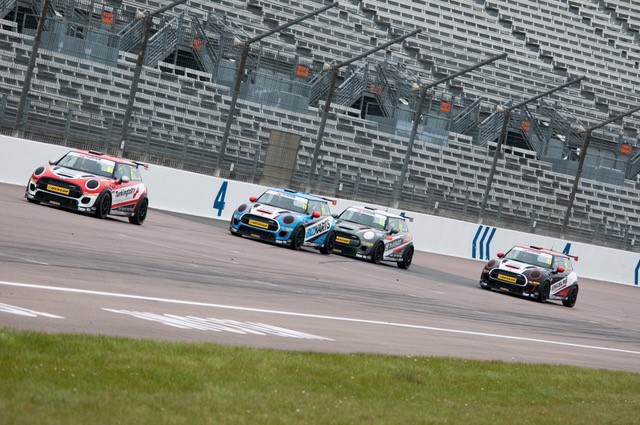 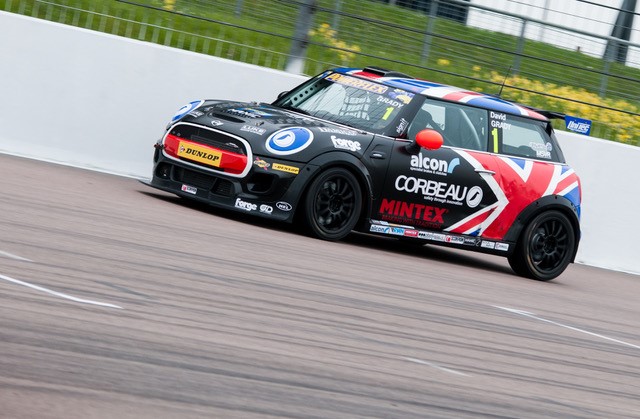 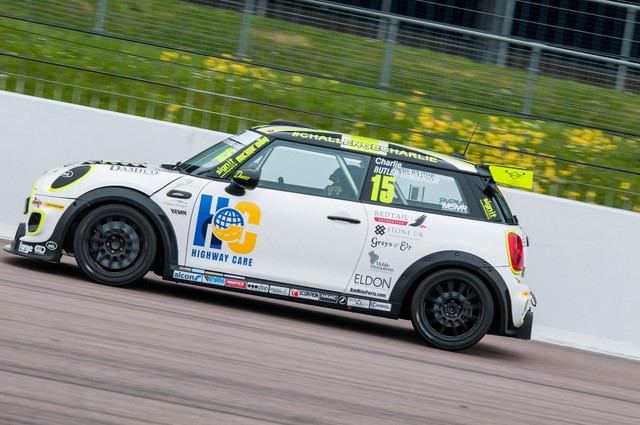 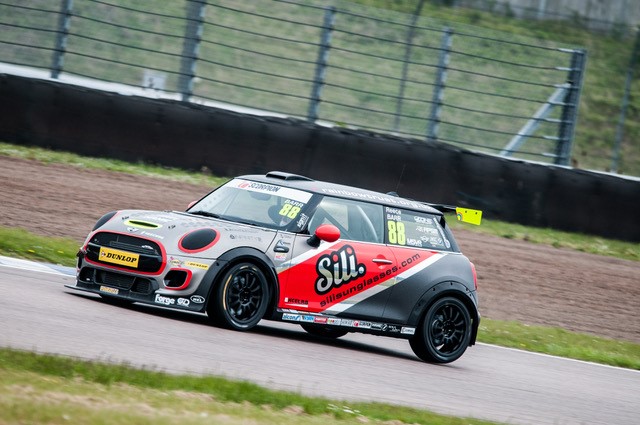 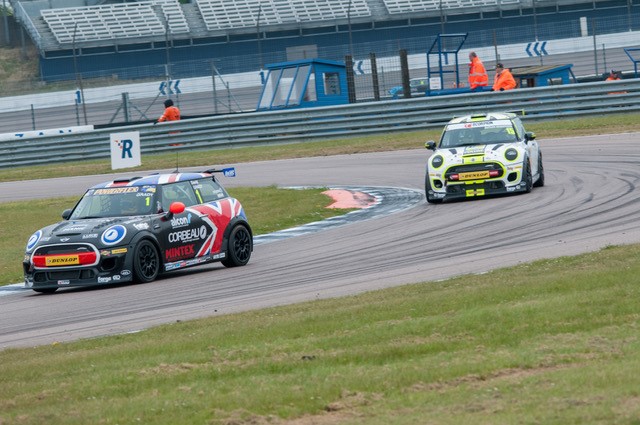