Reece Barr set the pace in the second qualifying session of the season, setting the fastest time on Saturday to sit on provisional pole in what was only his third ever qualifying session in a car, having joined the MINI CHALLENGE from karting. Barr knew a good lap was even more vital this weekend since he carries a five-place grid penalty into race one at Rockingham after a collision in the season-opener. And it played on his mind.

“I knew I needed to be either on or around the front row with the penalty, but I’m still counting this as my first pole!” said Barr. “People were complaining that there’s no grip on this track but, either I’m used to the slippery Irish wet weather or something, but I found loads!

Bladon was just 0.1s behind, but was elevated to the front. “I feel I’m proving something in the JCWs at the moment because a lot of people believed I had things easy last year,” said the reigning Cooper Class champion. “Rockingham is a really abrasive circuit so you have to be so careful on the tyres. I got my best lap in nice and early and took things easy from then to save them for the race.”

Brett Smith will start third ahead of David Grady and James Turkington, who celebrated his best-ever MINI JCW qualifying in fifth place. “I’m loving the car at the moment,” he said. “We put new brake discs on and tyres too and the car just came alive!”

Oulton Park race-winner Mark Wakefield was sixth, having struggled with grip in practice, ahead of championship leader Charlie Butler-Henderson. “I’m never the best qualifier, but I can race,” said CB-H. “I’m pretty confident of moving forward this weekend.”

Calum King took a fine eighth, ahead of Jeff Smith and Rob Smith, who was baulked on a late flying lap when he set a purple first sector and was unable to improve. 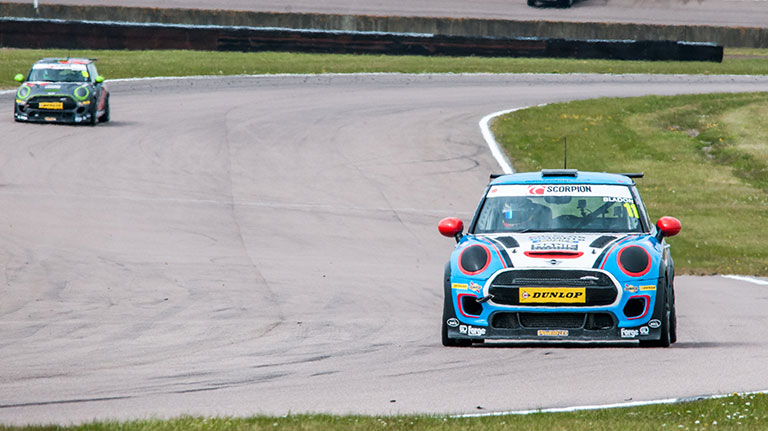 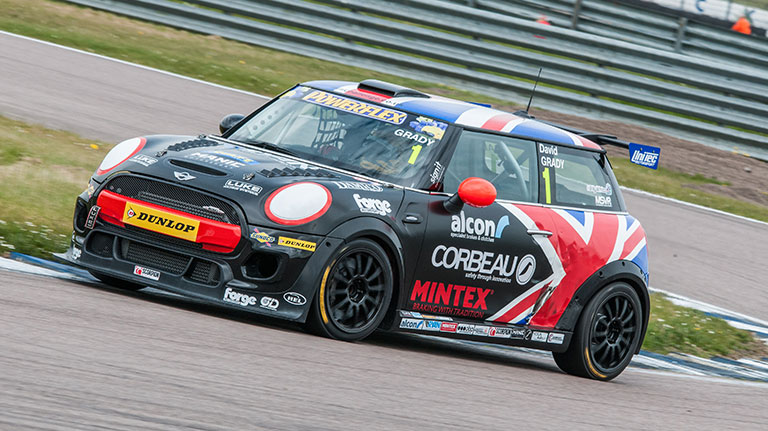 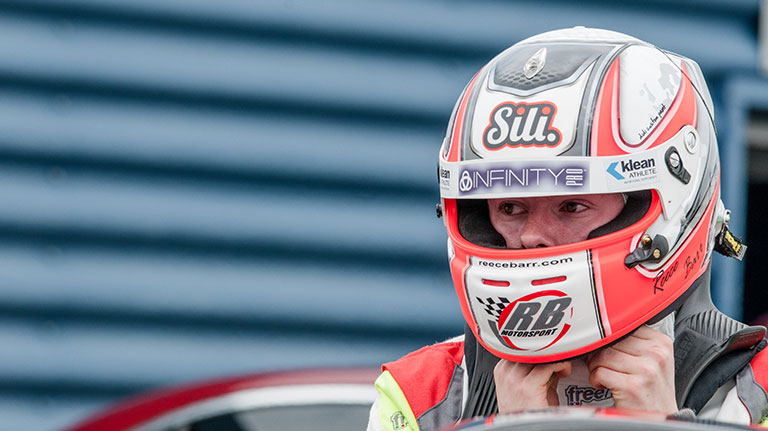