Charlie Butler-Henderson scored victory in race two of the MINI CHALLENGE JCW opening weekend of the season at Oulton Park to once again stake his claim for a championship challenge.

With the top four finishers from the day’s opening affair reversed, Max Bladon sat on pole position once again with Butler-Henderson, courtesy of his earlier podium finish, alongside on the front row of the grid.

Butler-Henderson made a demon start, heading into the lead by the time the pack made its way to Old Hall Corner, as Bladon struggled with excessive wheel spin off the line.

“That was my first ever dry start in this CHALLENGE JCW car,” Bladon said. “I know what I did wrong and I’ll have to learn quickly.”

Race one victor Mark Wakefield was unable to repeat his earlier feat, being handed a 10-second time penalty for a false start despite challenging in third place on the road.

As Kevin O’Connor took a spin to the back of the field, Brett and Rob Smith, who vaulted his way up from seventh, tussled side-by-side through Cascades enabling the top three to further pull away.

Henry Neal continued his challenge for the top 10, moving into ninth and ahead of a battling Reece Barr on the second tour as brother Will Neal went for a spin at Hislops on lap three.

With Butler-Henderson pulling away from Bladon to a one-second advantage, Rob Smith had managed to nip ahead of his namesake Brett for third, but was a further five seconds back.

Last year’s champion David Grady profited from other drivers’ misfortune, making his way up to seventh place behind Jeff Smith, who was demoted four places after an earlier excellent start.

Butler-Henderson had more in the tank after a brief one-lap advance from Bladon to the flag, while James Turkington slid out on to the grass down The Avenue after contact with Jeff Smith.

“It was all about the start but I went wide at the Shell Oils hairpin on lap four, started hearing noises in the car and wondered if my luck was out,” Butler-Henderson said. “But I loved every single movement of that race.”

The leader was just far enough ahead to not have to defend from Bladon with Rob Smith taking third from Brett Smith.

Bladon added: “I’m happy with that result. I had the pace to force it towards the end when I closed up on Charlie, but around this circuit it would need to be a bold move, and when I saw that there were three laps left, I just decided to bank the points. To sit close to the top of the points is not a bad start to the year.”

Smith was in a reflective mood after taking third. “If I’d been able to get some clear air at the start, with the pace that we had in the car, I think we could have won that race,” he said. “But I’m happy to take third after not being able to show our pace in qualifying and with the grid position I had to contend with.”

Wakefield had to settle for fifth following his time penalty. Reece Barr worked his way up well to sixth, out-dragging Jeff Smith and David Grady to the line. George Sutton and Ryan Dignan completed the top 10. 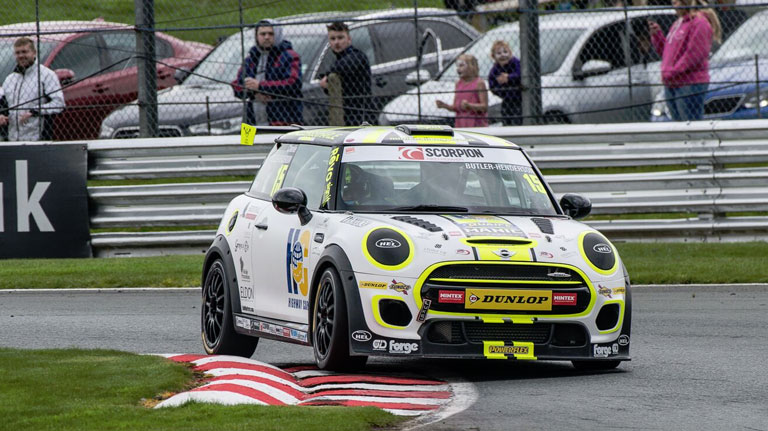 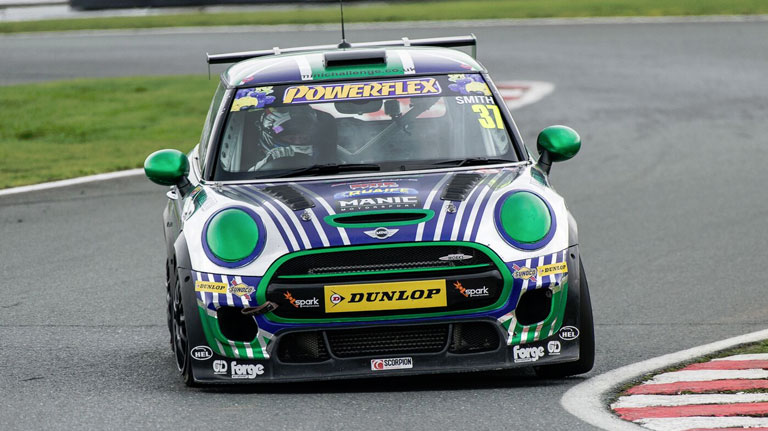 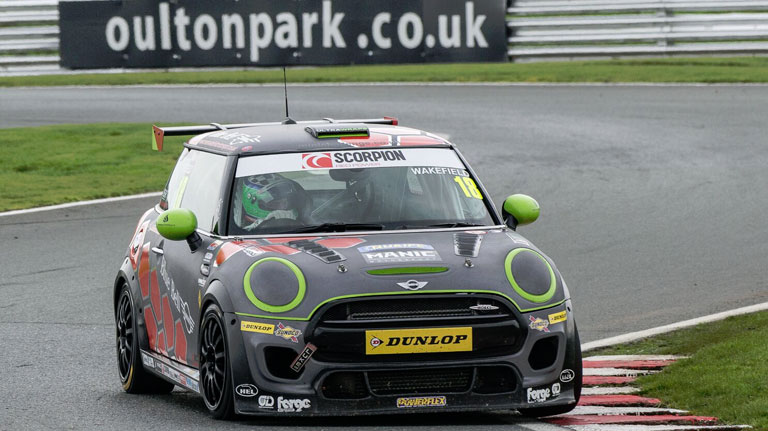 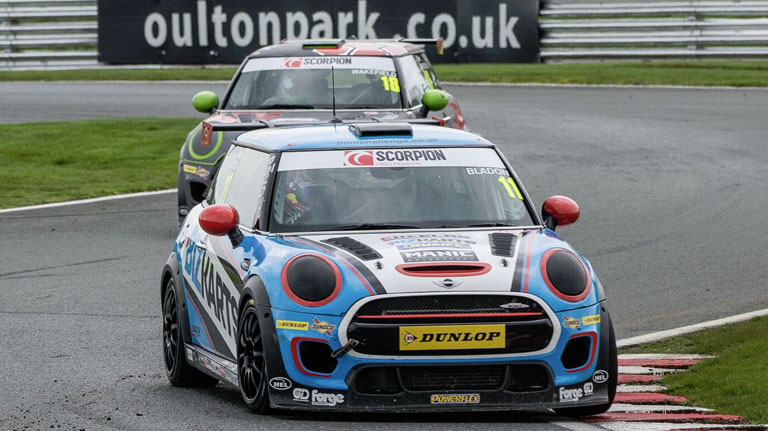