Ronan Pearson completed a near perfect day at Knockhill with a second lights to flag victory allowing him to make up ground in the Quaife MINI CHALLENGE standings.

Pearson had dominated the opening race of the weekend to make it two wins for the campaign, meaning the EXCELR8 driver was once again able to line up on the front row of the grid for the start.

The Scot held onto his advantage when the lights went out and ahead of Joe Tanner and Jason Lockwood, with Alex Denning managing to get the jump on points leader Sam Weller to move into fourth.

Weller would then drop behind Max Coates at the hairpin at the end of the lap, only to fight back into turn one to retain fifth, with Coates then left to fend off the advances of Jack Davidson.

Pearson built a small lead over Tanner in the early stages before the second place man came under pressure from Lockwood, who managed to nip ahead at the hairpin on lap five.

Although he would bring the gap down to his team-mate, Lockwood wasn’t able to get close enough to make a move as Pearson made it two wins from two, with Tanner dropping away from the pair to finish in third.

“What a fantastic day,” Pearson admitted. “Racing at home gives you that extra tenth of a second and I’ve made the most of it today. We’ve scored load of points and I couldn’t be happier with the results. Tomorrow it’s a case of staying out of trouble and getting as many points as we can from it.”

The fight for fourth between Denning and Weller would rage throughout, with Weller briefly getting ahead exciting the hairpin only for Denning to fight back as the pair headed through Duffus Dip on the following lap.

That move saw Weller run wide at McIntyres and drop behind Coates and Davidson, with the Hybrid Tune driver quickly getting back ahead of Davidson and then nipping ahead of Coates to close back onto Denning’s tail.

A drag race to the line between the pair would be decided in Denning’s favour by just 0.013s, with Coates rounding out the top six.

A strong showing from Ethan Hammerton saw him come through the field to seventh ahead of Davidson, with Ru Clark and Geri Racz rounding out the top ten.

Dan Zelos had looked set for a top ten fiunish despite starting near the back after his race one retirement, with the defending champion storming through the field to ninth before a tyre issue forced him to retire to the pits late on.

Lewis Brown and Jack Mitchell would also start at the back, and came through to 13th and 14th.

The top six will be reversed on the grid for race three, which will air live on ITV on Sunday. 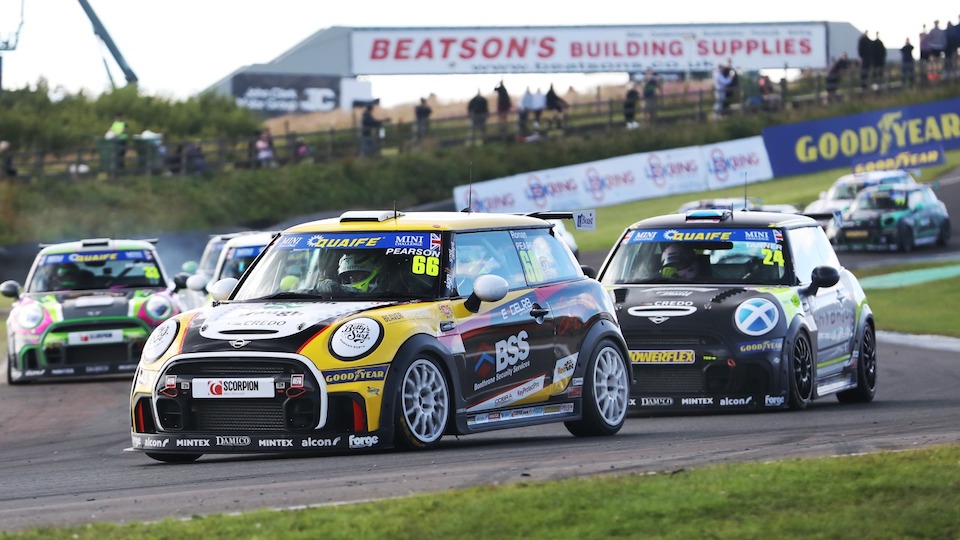 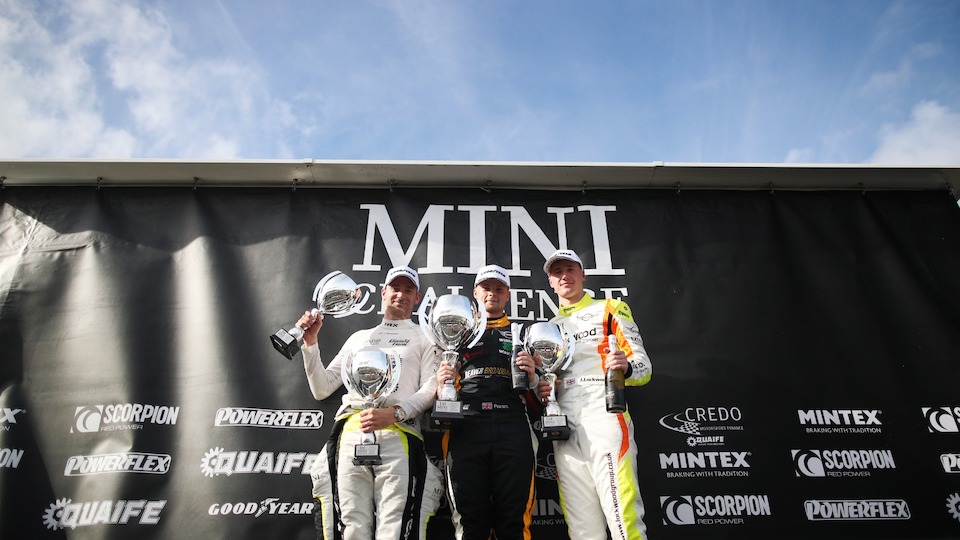 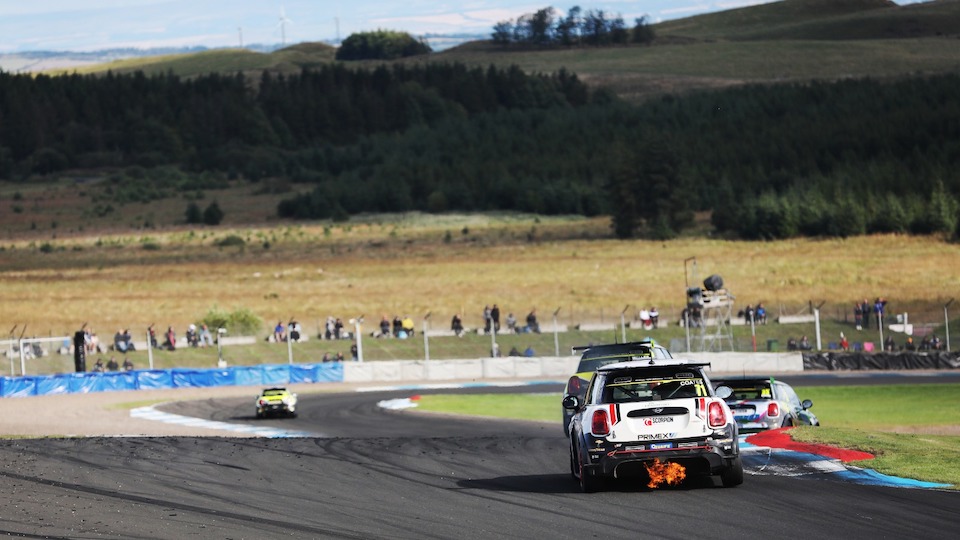