Nicky Taylor says he hopes to fight for victory in the second Quaife MINI CHALLENGE Trophy race of the weekend at Croft after missing out on a podium finish in Saturday’s opener.

The Graves Motorsport driver had qualified on the front row of the grid for the first time alongside team-mate Nelson King, and held station behind the championship leader in the early stages before a clash involving Mike Paul and Alfie Glenie led to the safety car being deployed.

On the restart, Taylor looked to try and find a way ahead of King into the lead but instead found himself being overhauled by Tom Ovenden, and he would then slip down as low as sixth as Joe Wiggin, Matt Hammond and Louie Capozzoli all found a way through.

Although he would reclaim fifth from Capozzoli before the finish, Taylor was left to wonder what might have been and will now hope to fight for a first win of the year in race two.

“Qualifying was good and I think we could have got pole with the time in the car, but the race didn’t go my way,” he reflected. “I was pushing with Nelson and had a plan but it didn’t come off, although P5 is still good when it’s so competitive and there are 10-15 cars that can win a race.

“It can be annoying when you’ve got the pace and can’t always get the result, but I love this circuit and tomorrow, hopefully I’ll be able to get onto the top step.” 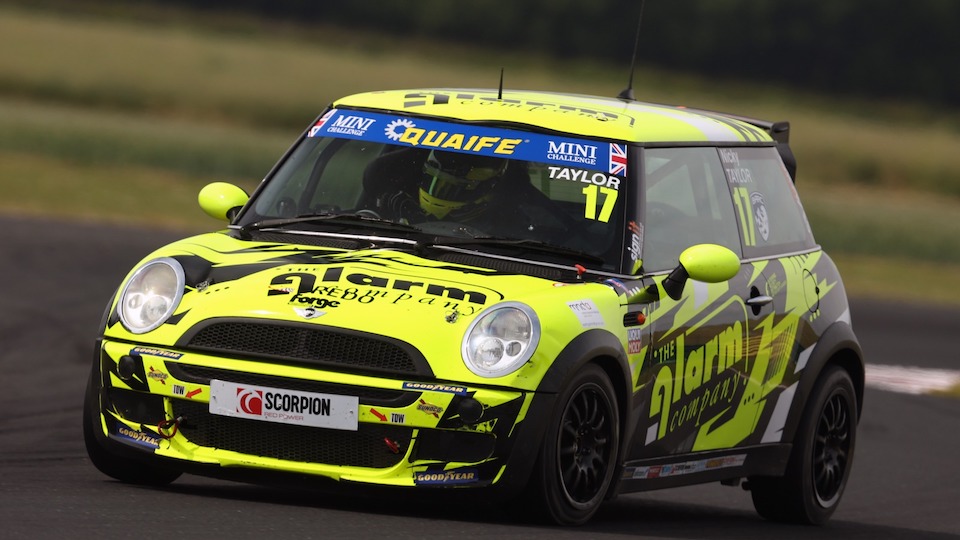