NELSON KING HOLDS ON FOR SIXTH WIN IN CROFT OPENER

Nelson King held off the challenge of Tom Ovenden in a dramatic run to the line to make it six wins from seven starts in the opening Quaife MINI CHALLENGE Trophy race of the weekend at Croft.

With the threat of rain in the air, King led the packed field away at the start and was able to head the field into Clervaux for the first time, with the championship leader keeping team-mate Nicky Taylor and Ovenden behind,

Matt Hammond managed to hold on to fourth despite being slow away off the line but behind him, Oliver Meadows had an opening lap to forget as he found himself shuffled back down the order to run in tenth having lost five spots.

By contact, Joe Wiggin was the man moving in the opposite direction as he made up three spots – including a late dive on Louie Capozzoli at hairpin – to climb from eighth up to fifth.

King held the lead in the early stages but wasn’t able to shake off Taylor as the pair ran together, with Ovenden and Hammond close behind having established a slender advantage over Wiggin.

Further down the top ten, Charlie Mann nipped ahead of Jack Byrne at the hairpin, with the Irish driver then forced to defend to keep Alex Solley at bay on the run down the start/finish straight into turn one at the start of lap four.

Taylor had a brief look at King going into Tower on the fourth lap before the safety car was deployed after an incident for Alfie Glenie, with the action resuming on lap eight once his car had been recovered.

King held the lead once again on the restart but Taylor and Ovenden were right on his tail, with Wiggin moving up into fourth when Hammond made a mistake going into the complex and ran across the grass.

As Taylor tried to find a way ahead of King, Ovenden saw his chance to steal second and got a run on the second place man out of Tower; the pair going side-by-side up through Barcroft before Ovenden made the move stick to take the spot.

Things then got worse for Taylor at the complex, with Wiggin making up further ground to move into third, and within half a lap, both Hammond and Capozzoli had also got ahead to demote the Graves driver back to sixth.

Taylor quickly reclaimed fifth as he launched his car up the inside of Capozzoli at the hairpin on lap ten with team-mate Nelson King leading onto the final lap.

Ovenden however was closing in and coming out of the hairpin, he launched his bid for the win, drawing alongside King as the pair came up to the line together.

For a brief moment, it looked like Ovenden might have stolen the win but instead it was King who grabbed his sixth victory of the campaign by just 0.015s; the closest winning margin of the season to date.

“It would have been nice to have seven out of seven, but I’m not going to complain one little bit,” King admitted afterwards. “The start was a bit sketchy but I got through it, although in the second half of the race after the safety car, I picked up a rear wheel a bit and the ABS was kicking off.

“I was having to back the guys behind me up just to stop the car, so it was quite tough but we’ve scored maximum points so far this weekend and now I’m just looking forward to race two.”

Wiggin – winner at Croft last season – crossed the line in third place, with Hammond holding on to fourth despite the best efforts of Taylor on the final lap, with the margin between the pair being even smaller than that between the leading duo.

Taylor would be just 0.002s behind his former team-mate across the line, with Capozzoli rounding out the top six.

Mann took seventh ahead of Byrne – who maintained his perfect record of Rookie Cup wins – with the top ten completed by Alex Solley and Meadows.

Championship contender Lee Pearce was in trouble early on after contact saw him forced to return to the pits, with team-mate Clark Wells and Graves driver Ben Jenkins also heading in at the same time.

Pearce was the only one of the trio to rejoin the action but would end up three laps down in 28th. 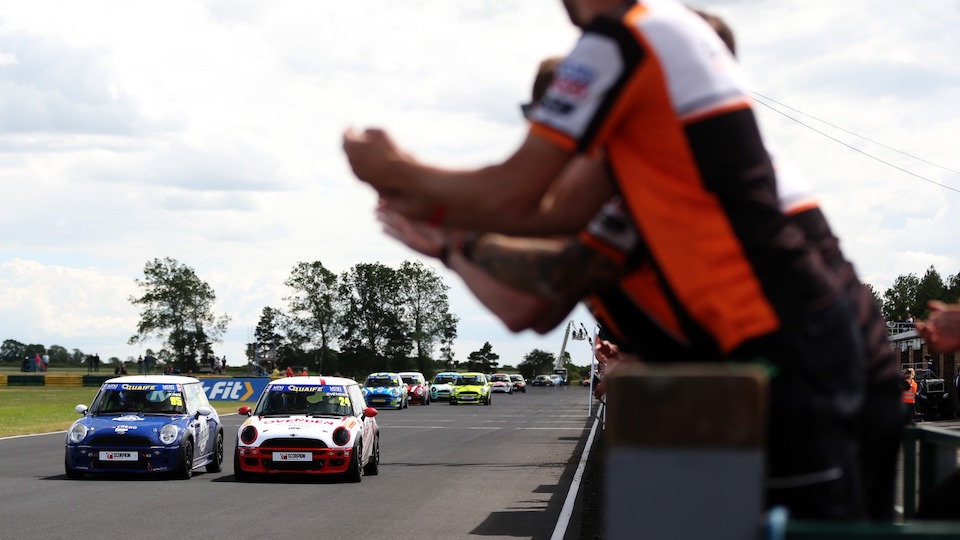 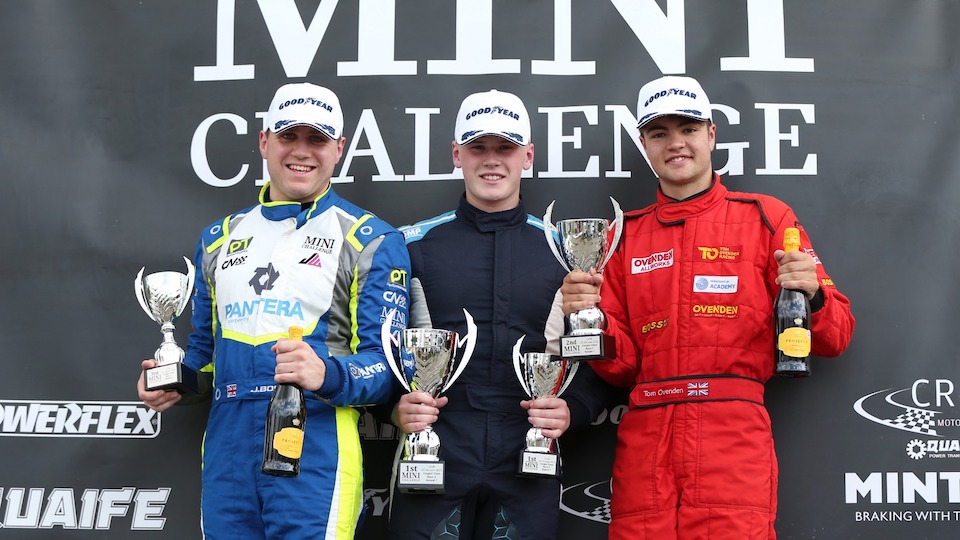