Nelson King extended his advantage at the top of the Quaife MINI CHALLENGE Trophy standings with victory in a shortened final race of the weekend at Thruxton.

Charlie Mann had started the race from pole and held the lead at the start ahead of King and Alex Solley, only for the pair behind to nip ahead on the run up Woodham Hill for the first time.

As Solley, Mann and Louie Capozzoli diced for second behind, King continued to lead the way but at the end of the third lap, a multi-car clash exiting the final chicane led to the action being halted.

Coming onto the start/finish straight, Nathan Edwards was tipped into a spin that saw his MRM car come back across the circuit where it was collected by both Mike Paul and Morgan Wroot.

With Paul and Wroot both making contact with the pit wall and Edwards coming to a halt before pit exit, the race was stopped to let the cars be recovered before restarting over 15 laps.

On the restart, King maintained his advantage on the run to the complex, with Mann able to fend off the challenge of Capozzoli through the opening corners to hold on to second.

Capozzoli would be delayed on the exit of the complex which dropped him back behind Solley, a charging Jack Byrne and the Graves car of Nicky Taylor, with Lee Pearce finding himself run out of road going through Noble and being forced off across the grass.

However, before the race could get into its stride a further incident down the order would see the action halted for a second time, with Luca Marinoni Osborne and Brendan Fitzgerald clashing at the chicane.

Contact between the pair on the exit of the corner saw Marinoni Osborne’s car tipped into a roll before coming to rest against the barriers with the EXCELR8 driver able to climb from the car as the race was once again halted.

With the decision taken not to restart the race, the result was declared with King the victor ahead of Mann and Solley, with Byrne, Taylor and Capozzoli rounding out the top six.

Given the shortened nature of the race, half points will be awarded, with King ending the weekend leading the championship standings ahead of the next outing for the Coopers at Croft next month. 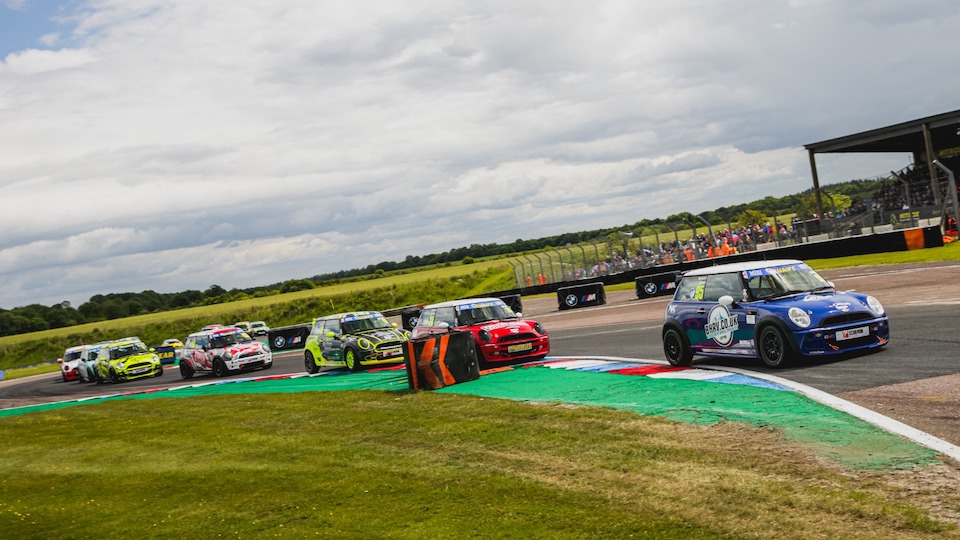 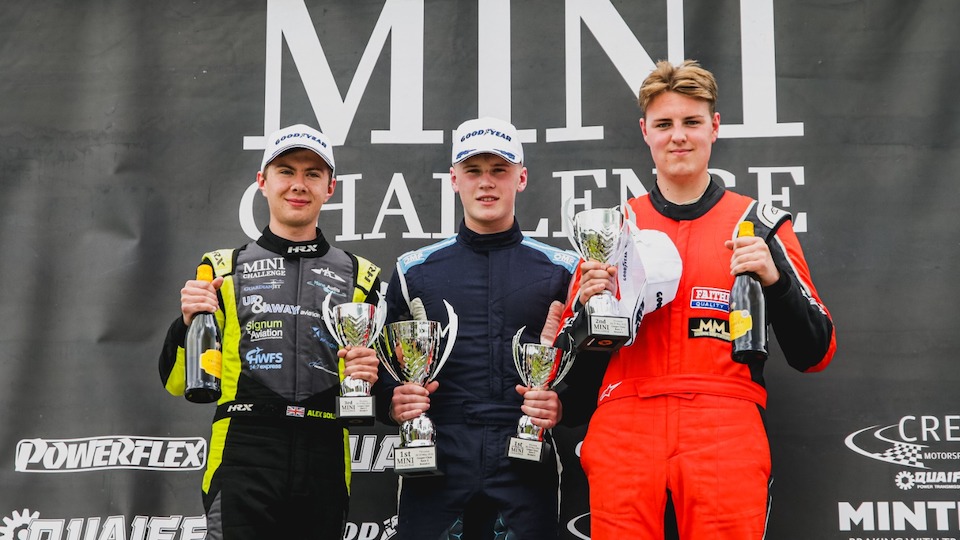