The Quaife MINI CHALLENGE Trophy breaks new ground this weekend as the series heads for the Welsh circuit of Pembrey for the opening three races of the campaign.

A field of 30 cars will do battle at the Carmarthenshire circuit in the first meeting for the Coopers this year, with a high quality entry featuring the usual blend of youth and experience set to provide plenty of action for the watching fans.

With the defending champion Dominic Wheatley having graduated to the JCW class for 2022, the entry is headed by last year’s runner-up Louie Capozzoli, although the teenager will be with a new team having switched to AReeve Motorsport over the winter.

His new team has enjoyed championship success in the past having taken Harry Nunn to the crown in 2020, and Capozzoli will look to add to the multiple wins he secured last year as he recovered from a dramatic incident at Thruxton early in the campaign to take the title fight all the way to the wire.

AReeve will field two cars in the championship this season, the second of which will be driven by another teenager in the shape of rookie Sophie Wright.

Wright will be making her racing debut in the Cooper class this year, with her goal being to learn as much as possible as she seeks to try and work her way forwards up the order as the year goes on.

Only one driver was able to beat Capozzoli’s tally of three wins last season and that man also returns to the grid this season, with Matt Hammond having inked a late deal to return with EXCELR8.

Hammond had hoped to join Wheatley and Nunn in making the step up to JCWs this season, but instead returns hoping to fight for a second championship title to add to the one he secured back in 2017.

The Directors Cup racer took four victories last year although a run of misfortune in the middle of the campaign, which included heavy accidents at both Brands Hatch and Oulton Park, would ultimately blunt his title challenge.

EXCELR8 fields a four-car line-up for the season with youngster Tom Ovenden also returning for a second season having been one of the stars of the latter part of 2021 – which included taking a maiden victory in the final race of the campaign.

The former rallycross racer is one of the few drivers with previous Pembrey experience ahead of the opening round of the season this weekend, where he will hope to start his championship challenger with another front-running display. Johnny Sargent is also back for a second season looking to build on the progress he made in 2021, with Luca Marinoni Osborne rounding out the line-up as the only rookie.

Two of the EXCELR8 line-up from last season – Nicky Taylor and Ben Jenkins – switch to Graves Notorsport for the new season, with the team set to field six cars all driven by racers under the age of 20.

Nelson and King and Alfie Glenie both return for another season, with Alex Solley now entered under the Graves Motorsport banner rather with his own ASRacing outfit. The line-up is completed by rookie Oliver Meadows, who graduates to cars after a strong career in karting.

The six cars at Graves is matched by LDR Performance Tuning, although Lawrence Davey’s team has more of a mixture of youth and experience within its line-up. Directors Cup racers Mike Paul, Mick Fitzgerald and Brendan Fitzgerald all return and are joined by James Parker, whilst teenagers Alex Jay and Frankie Taylor are also onboard for the new campaign.

It’s also an experienced line-up for Lee Pearce Racing with Pearce – twice a winner last season – once again teaming up with Clark Wells.

Mad4Mini will run two cars in 2022, although only one is entered for Pembrey this weekend as long-time Cooper racer Morgan Wroot seeks to add to his podium tally. New team-mate Lauren Tayla will join the grid at Thruxton having elected to sit out the trip to Wales to carry out more pre-season testing.

MRM retains the services of both Tyler Lindsey and Nathan Edwards for their graduate campaigns, whilst there are three graduates in the PerformanceTek Racing line-up.

Directors Cup racers John McGladrigan and Barry Holmes both return for a second season, whilst Joe Wiggin is back at the wheel of a Pantera Carpentry-entered car. Wiggin won twice last year, and will hope to follow in Wheatley’s footsteps to launch a championship bid this time around.

Three single car outfits then round out the full season entry, led by Charlie Mann and his Mann Motorsport team.

Mann was a serial front-runner last season and managed to make it onto the top step of the podium for the first time, with his goal this season being to convert his pace into a title challenge .

Paul Manning and the Mannpower Motorsport team will hope for better fortune after a tricky 2021 season with a focus on trying to push towards the top ten whilst Irish rookie Jack Byrne rounds out the entry list as he makes the move to the UK scene for the first time after a successful career on home soil.

This weekend’s Pembrey opener will also see LUX Motorsport running a single car for David Stirling, who is then set to race in JCW’s with the team for the remainder of the campaign.

As a guest entry, Stirling will not be eligible to score championship points. 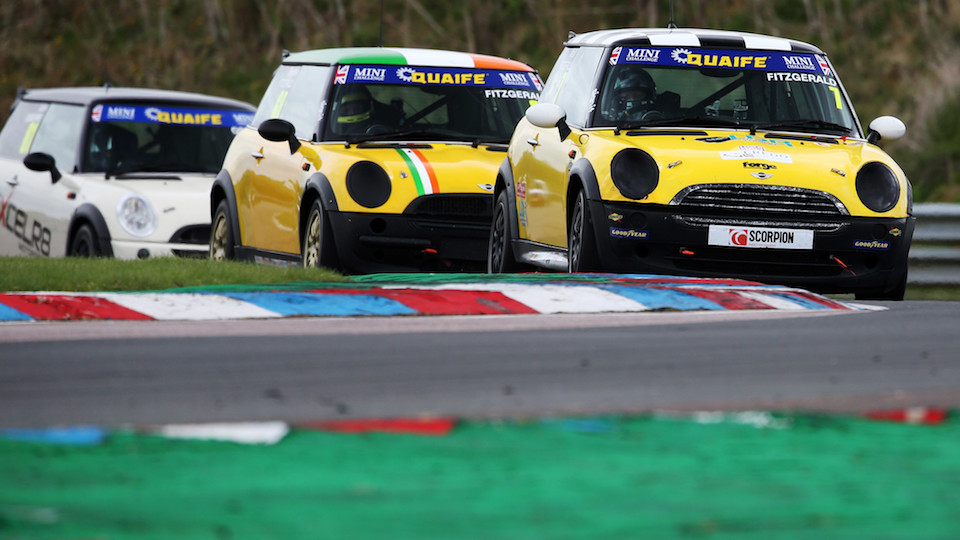 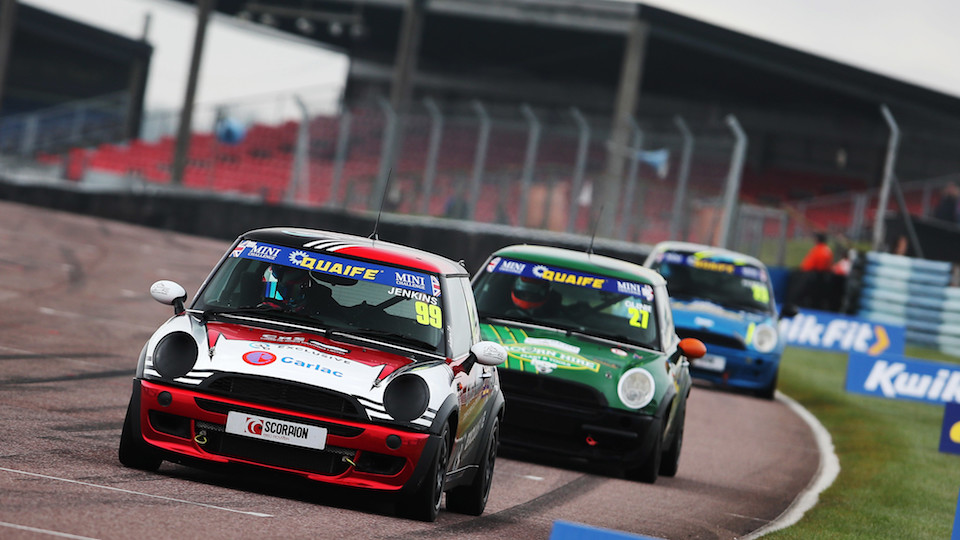 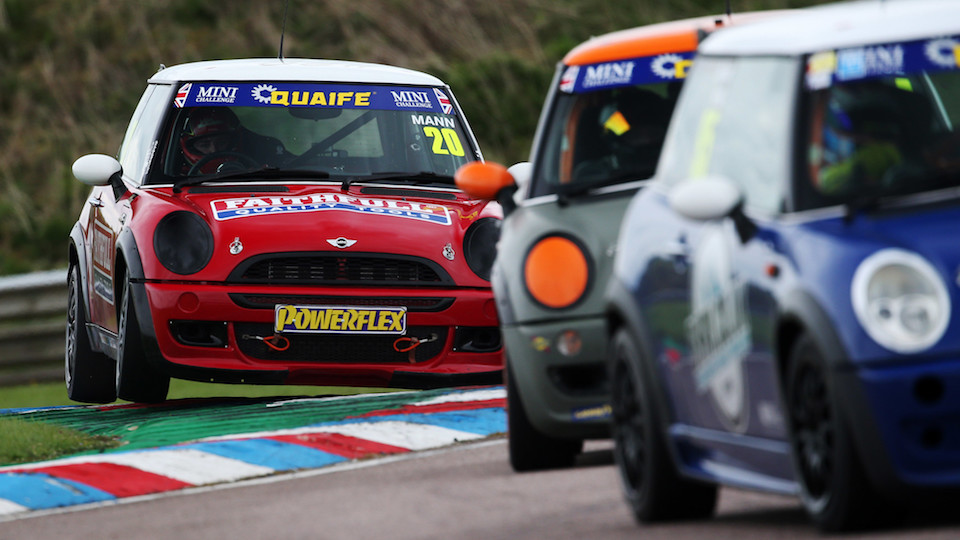 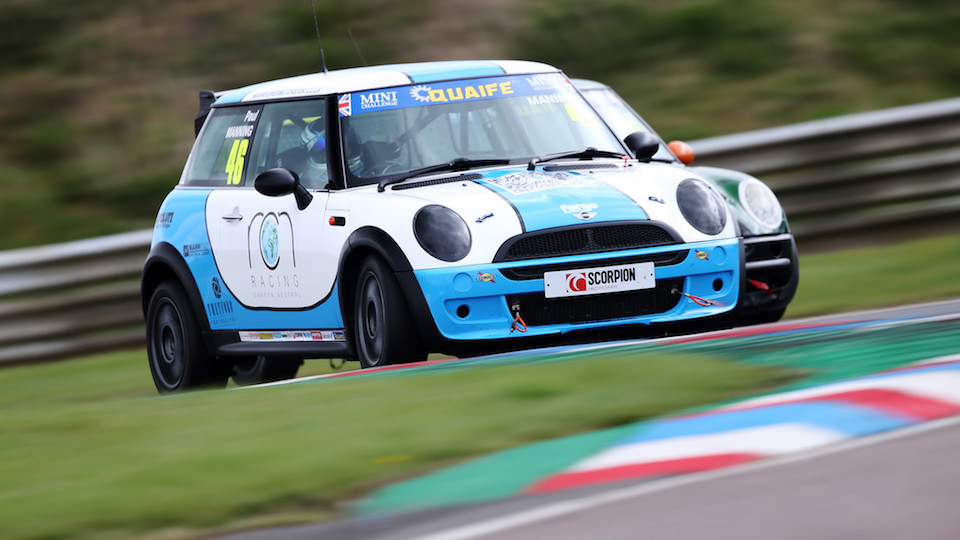