The fight to secure top honours in the Quaife MINI CHALLENGE would go right to the wire in 2021, with the battle between team-mates Dan Zelos and Max Bird only being decided when the final chequered flag of the season flew at Brands Hatch.

The EXCELR8 pair fought hard on track throughout the campaign before Zelos emerged on top of the pile to claim top honours in the series, with Bird having to settle for second and Lewis Brown grabbing third.

Entries are already rolling in for 2022 but before the announcements start about next season, we thought it was about time to look back at some of the key facts and figures from 2021…

A total of 17 drivers made it on to the podium over the course of the 19 race JCW season, with eight different drivers able to take their place on the top step.

Championship winner Zelos grabbed four wins which was the highest number of the season, and was matched by Brown thanks to his double win in the final meeting of the campaign.

Bird and Jack Davidson grabbed three wins apiece, with Max Coates the only other multiple winner during the season.

Isaac Smith, Oliver Barker and Brad Hutchison took a single win and for all three drivers, it would be the only podium they would score all year.

In terms of podium finishes, Bird was the man to beat with an impressive tally of eleven podiums, which put him three clear of Zelos and Davidson. Zelos now sits in the top three when it comes to podium finishes with the current JCW car behind Nathan Harrison and Charlie Butler-Henderson.

The most successful driver without a victory was Sam Weller, who would end the season with five podium finishes to his name but didn’t get on to the top step.

As was the case with the MINI CHALLENGE Trophy, the seven pole positions in the JCW class were shared by five drivers, with only one topping the times in qualifying more than once.

Bird grabbed three successive pole positions to start the season – at Snetterton, Brands Hatch Indy and Oulton Park – and only failed to qualify on the front two rows once all year.

As a result, Bird secured the best qualifying average across the season of 2.86 ahead of Coates and Jason Lockwood.

Coates was the only driver to qualify inside the top six for each meeting and scored a pole at Donington Park, with Zelos, Davidson and Brown the other drivers to qualify at the front of the grid.

Over the course of the season, the JCW field did battle across a total of 261 laps, with a dozen drivers taking their turn at the head of the pack.

Series runner-up Bird led the most laps with 77 to his name and was out front in five races; a total only equalled by Davidson who led 38 laps across five races. Champion Zelos sits between the pair having led 61 laps but across only four races.

Brown also led four races for a combined total of 35 laps ahead of Coates on 13 and Weller on twelve.

Smith, Hutchison, Barker, Lockwood, Jim Loukes and Jack Mitchell were the other drivers to lead at least one lap, with the final three the only drivers not to convert a lap led into a victory.

The 38 drivers who raced in the JCW class this season made up a combined total of 1,324 places across the 19 races, with LUX Motorsport racer Jack Davidson ending the year on top.

Davidson gained ground on his starting position 13 times, with his biggest gain of 17 coming in race two of the final meeting of the year at Brands Hatch. That meant he ended the year having gained seven spots more than team-mate James MacIntyre, who also improved in 13 races.

Of note, champion Zelos only finished lower than he started in one race all season whilst the lowest number of places gained by a full season entrant was Weller on 21.

The biggest single gain was the 22 from Bobby Thompson in race two at Donington Park.

A number of lap records would fall over the course of the season in both qualifying and the 19 races.

As mentioned, the JCW field completed 261 laps of racing, which equated to just over 476 miles of action during the 2021 season.

The longest race of the season would be during the penultimate meeting of the year at Donington Park, with Round 15 running to 33.6 miles. The shortest would be the chaotic second race at Oulton Park, which was declared after just three laps – or 6.7 miles. 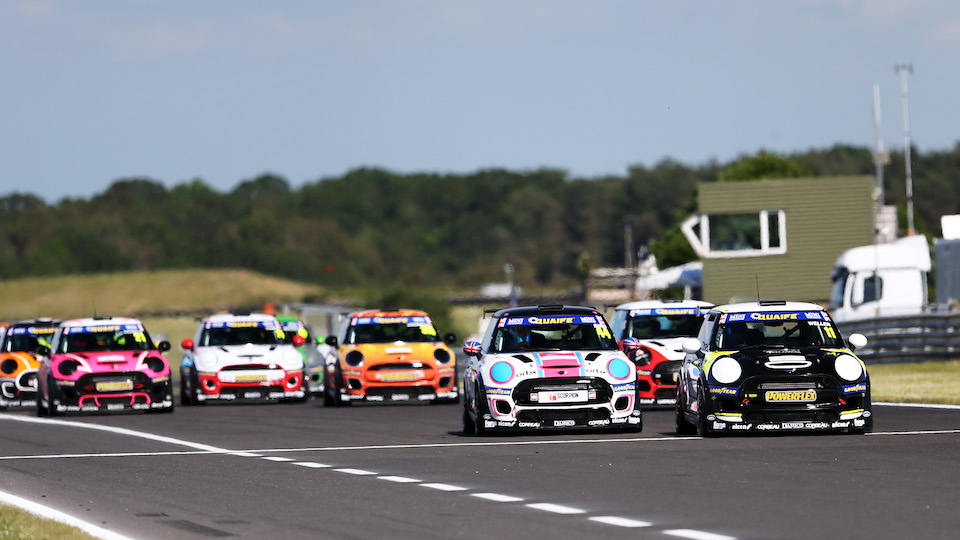 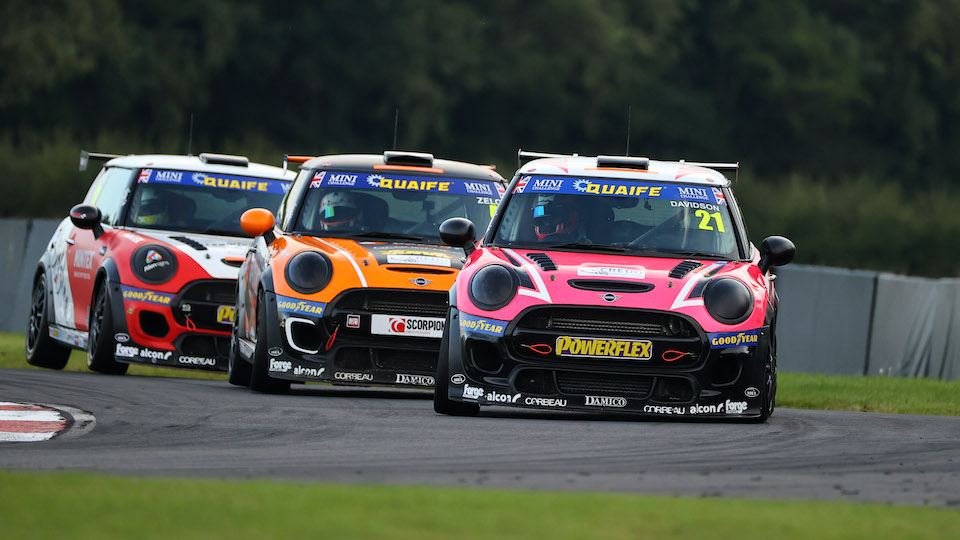 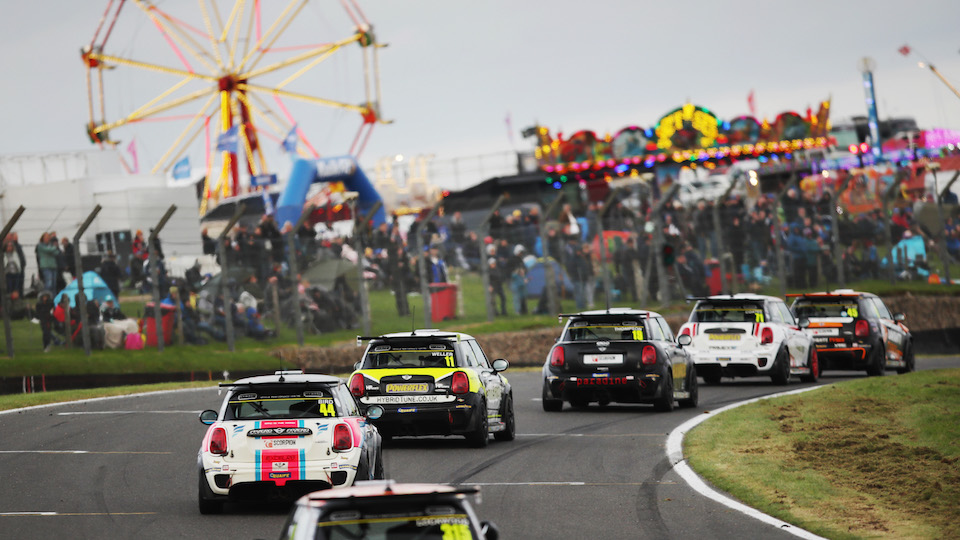 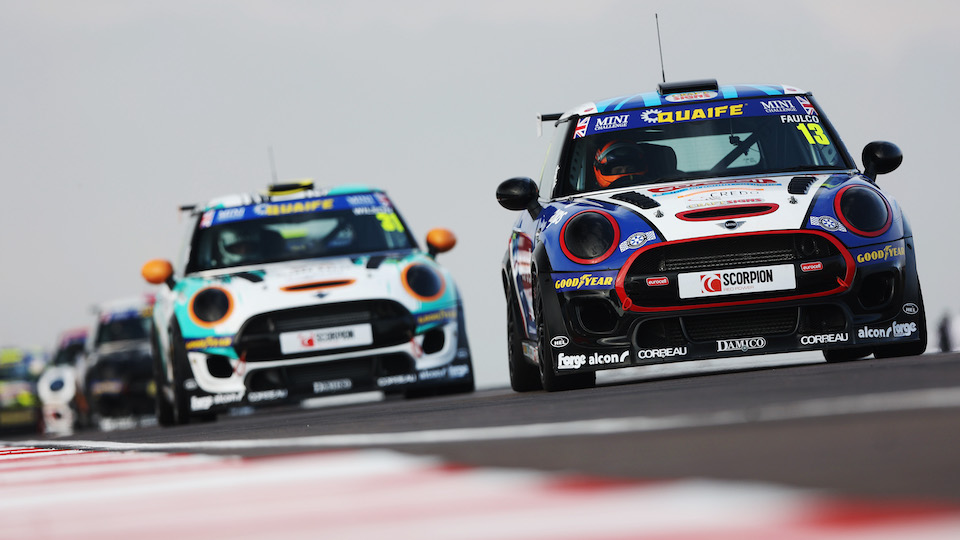