Following two successful seasons of MINI CHALLENGE UK eSeries racing, the championship is pleased to announce season three will run in partnership with Virtual Reality Racing Club (VRRC) over the winter of 2021/22.  Whilst great prizes and live streaming remain at the fore, season three welcomes two new prizes, the RJN trophy for the commentator’s favourite driver finishing the season outside the top 5 places and a driver of the round prize for each event of the season.

Top prizes remain at the heart of the MINI CHALLENGE eSeries, the winner and runner up will share a MINI Cooper class test day as well as twelve and six, one-hour sessions respectively, at VRRC’s new state of the art simulator driver training facility at Silverstone.  The third-place finisher will benefit from a set of OBP Motorsport’s premium simulator peddles, the same pedal set used in the real world JCW MINI racer.  Fourth and fifth in the series will take home a Rigs SimRace 5 simulator chassis and GTF1 Seat respectively, both from VRRC’s range of home and pro use simulator products.  In addition, round and championship winners will receive trophies and podium caps as well as a driver of the round prize of a Power Maxed Car Valeting Pack.  Finally, series commentator Richard John Neil will be back for the series’ live broadcast and he will select a driver to receive a set of OBP Hydraulic simulator peddles for the driver that has most impressed him outside of the top 5.  Two-time eSeries champion Dave Marshall will join him in the virtual commentary box.

The eight round eSeries will start at the Brands Hatch Indy circuit in mid-December before visiting Snetterton, Oulton Park and Croft.  The second half of the season will include Donington Park, Silverstone and Thruxton before finishing at the iconic Brands Hatch GP.  A season entry costs just £300 and can be entered via the link at the bottom of the press release.

Following in season one and two’s footsteps season three will also be live broadcast on the MINI CHALLENGE social media outlets which has received over 75,000 views so far.  As well as top eSports talent’s the eSeries has attracted all of the top 5 finishers in this year’s real world MINI CHALLENGE UK championship so the best of both racing worlds are expected to compete head to head.

MINI CHALLENGE UK series director Antony Williams said “I am delighted that we will be continuing into season three of the eSeries.  It’s been a great addition to what we do on real life circuits in our various MINI series.  Allowing eSports competitors a first insight into the competitive and fun MINI CHALLENGE is great for us and it also keeps our real world drivers sharp and promotes their partners over the winter period.”

Rich Hayden, founder of VRRC said “We are looking forward to running season three of the MINI CHALLENGE UK eSeries, it has provided some great action so far and I am sure that this season will be no exception.  The fixed set-up will ensure a close title fight and the introduction of a dropped score means drivers can miss a round or afford one mistake in the season.  I’d like to extend my thanks to Antony for continuing our successful working relationship into a third consecutive season.”

With the season starting mid-December racing fans will be able to watch the action LIVE on the MINI CHALLENGE UK Facebook and YouTube pages.  We look forward to you joining us for the action.

Payment for the eSeries can be found here on the VRRC website: ENTRY FEE 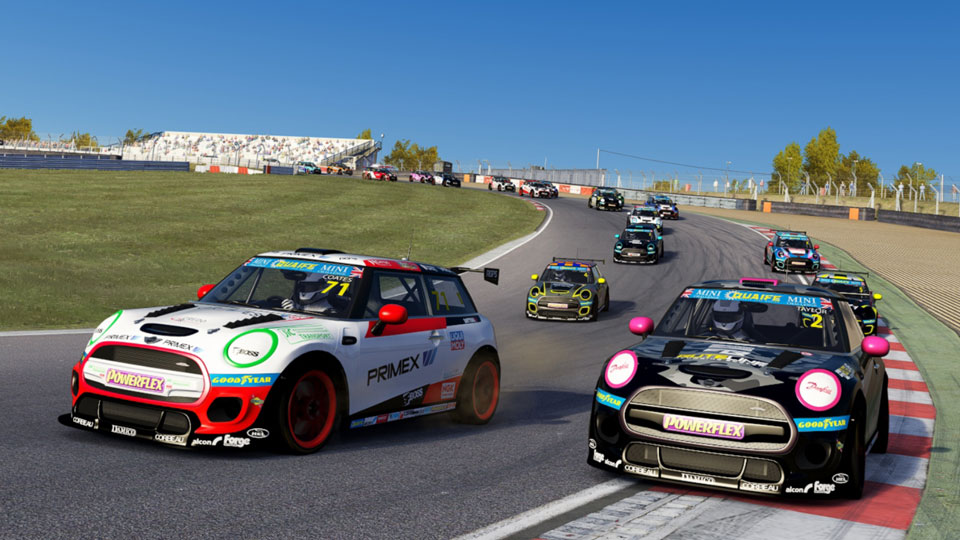 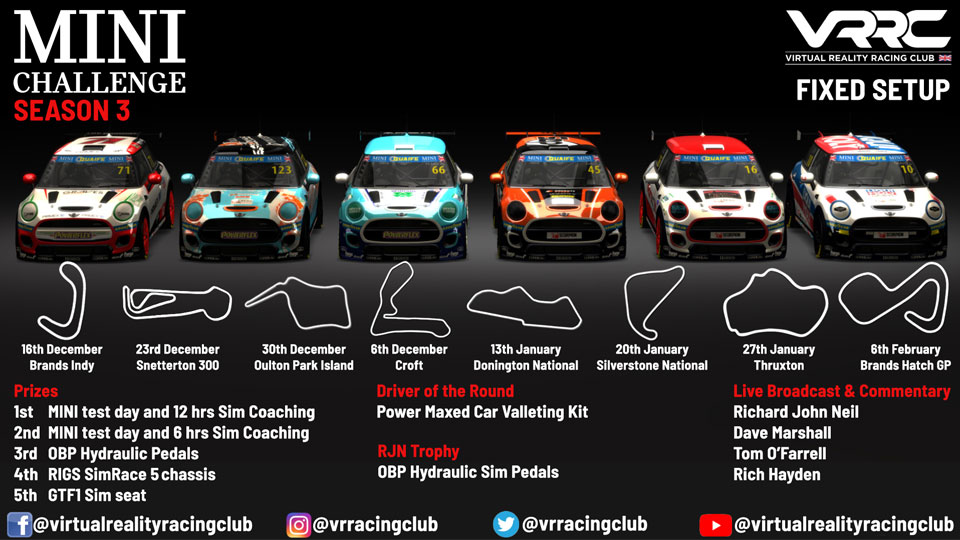