Lewis Brown completed a perfect Saturday at Brands Hatch with a third win of the Quaife MINI CHALLENGE season, although it wasn’t enough to keep him in contention for the title going into the final two races of the campaign.

Brown qualified on pole position for the first time at the wheel of his LDR Performance Tuning car, which left him to lead the field away when the race – shortened to 15 minutes due to incidents elsewhere – kicked off.

Brown however was slow away which allowed Max Coates to get a run going up to Paddock Hill Bend, with the pair then running side-by-side on the run up towards Druids.

Heading into the hairpin however, Coates was tagged by Jack Davidson after contact in the pack and ran wide, with Davidson sustaining damage that then saw him run off track going down to Graham Hill Bend – forcing Jason Lockwood off in avoidance.

Coates’ issue meant Brown held on to his advantage at the front but the safety car would then back up the to allow the car of Jim Loukes to be recovered from the gravel at Paddock Hill Bend. Loukes had got out of shape trying to avoid contact with Stephen James and Ru Clark, losing the rear end of the car and sliding off into the gravel.

The action resumed on lap three with Brown leading Sam Weller, Max Bird and the fast-starting pair of Brad Hutchison and Dan Zelos, but the race went under caution again immediately to recover Joe Tanner’s car from the gravel at Clearways.

Once that was dealt with, the race became a five lap dash to the flag and Brown was able to control proceedings from the front as his rivals squabbled behind to take victory for the third time this season by little over three seconds.

“It’s great to get the win but it wasn’t as easy as it looked,” he said. “It’s so cold that I struggled to get the car away off the line and then with the safety cars, it was tough to get heat in the tyres. I had a lot of pace as the race wore on and got a good run on the second restart, and it’s some good points in the bag going into tomorrow.”

Behind. Weller would run second throughout despite coming under pressure from Bird – who in turn had to battle to keep Zelos at bay.

The points leader had moved into fourth spot shortly after the restart when he nipped ahead of Hutchison at Druids and put pressure on Bird to try and grab third spot.

Bobby Thompson then joined the party to make it a four way fight for the podium spots, with Bird briefly getting alongside Weller for second into Surtees just before Thompson dived down the inside of Zelos at Hawthorn to grab fourth.

Weller held on ahead of Bird to take second spot with Thompson in fourth, but with the former BTCC racer not eligible for points, Zelos was able to minimise his losses to Bird to leave the pair split by just one point after dropped scores going into Sunday’s races.

“There’s a big day ahead and I have to take the same positive mental attitude into tomorrow,” Bird said. “I wasn’t surprised to see Dan appearing behind me in the race and I was being held up by the car in front but it’s good to have taken a few points out of him.”

“We changed about 101 things on the car to find the speed we were losing in qualifying.” Zelos added. “Some of it has worked as we have the car back feeling like it did at Croft so the gremlins seem to have gone, touch wood. That was damage limitation for me and my approach won’t change tomorrow – we have to take the opportunities when they come and see what happens.”

With both Zelos and Bird having two dropped scores to their name, the results of the opening race were enough to knock the other four contenders coming into the weekend out of the fight for the title.

Davidson would fail to score despite returning to the track after an early stop, with the points scored by Weller and Brown not enough to keep them in contention. Brown did however move ahead of Coates into fifth in the standings after the Graves Motorsport man had to settle for seventh in the race behind Graduate Cup victor Kenan Dole. Elsewhere, Hutchison took eighth spot ahead of Clark, with the top ten rounded out by Lydia Walmsley.

With Loukes retiring, the race for the Directors Cup had swung towards Stephen James, even though his missed out on the class win to Liam Lambert thanks to a half spin on the opening lap.

A 20th place finish – but scoring points for 18th – means James now leads by 17 points going into race two but also has a 15 point dropped score in the bag going into the final two races.

“It looks good after that race although I was a bit annoyed with myself as I had an off at Graham Hill Bend just after I saw Jim drop it at Paddock Hill Bend,” he said. “It kind of all kicked off ahead of me as I’d got up into the top ten and I got a touch that tipped me into a spin, but the gap has opened up in the points which was a positive.

“I’m not starting where I wanted to be tomorrow but we had good pace in the car in qualifying and I was ahead of Jim who is really quick. The car is so much better than it was and I’m feeling confident going into tomorrow.” 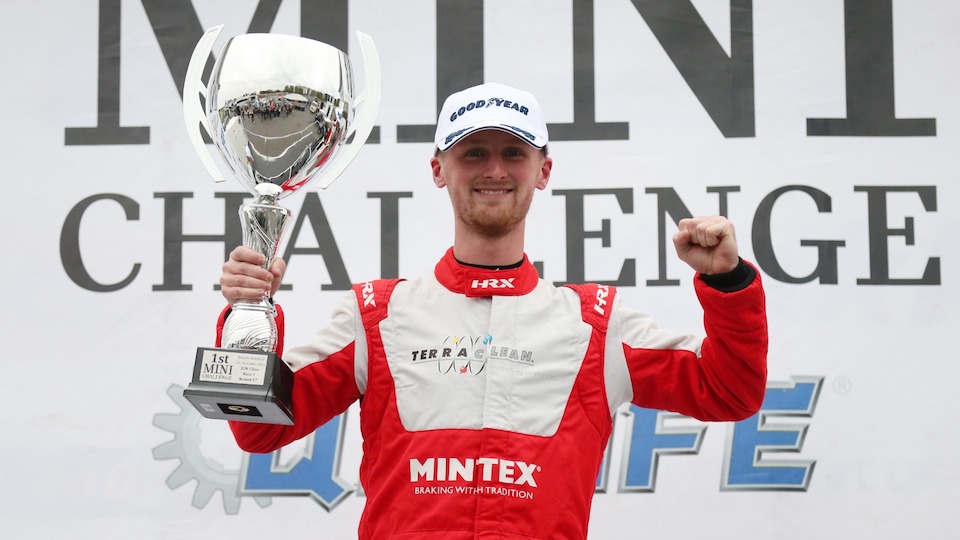 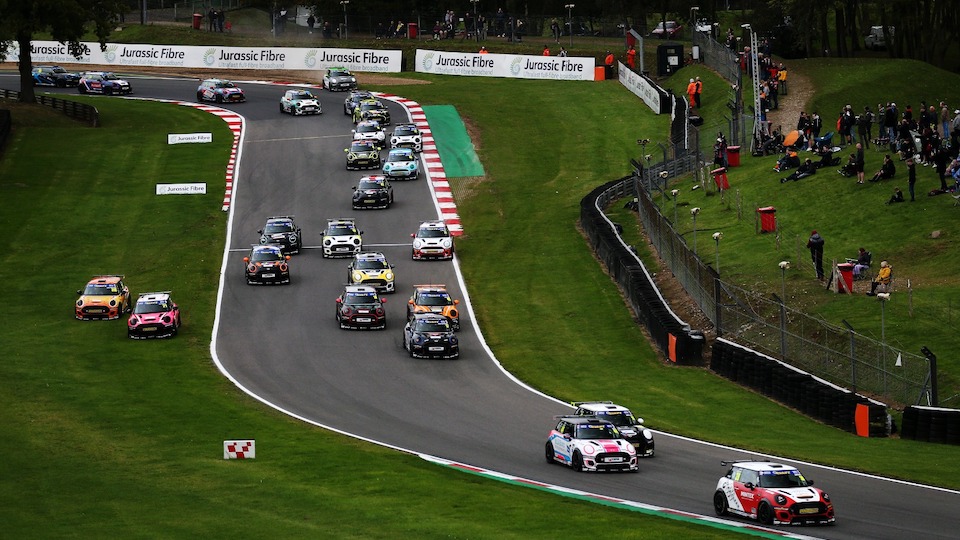 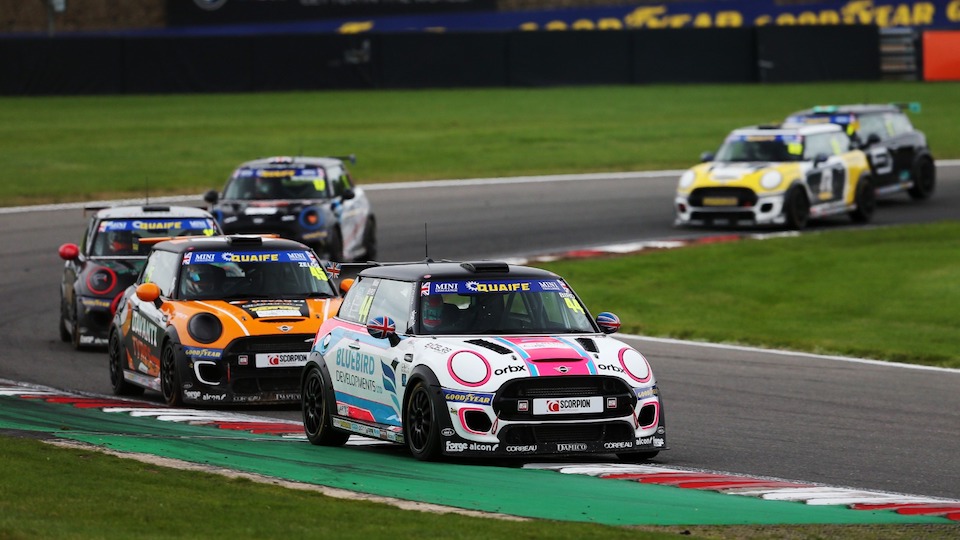