Max Bird secured a crucial third win of the Quaife MINI CHALLENGE season in race two at Donington Park to close in on team-mate Dan Zelos in the championship standings.

Following a grid penalty for race one winner Jack Davidson, Bird lined up on the front-row of the grid alongside Sam Weller, with the Hybrid Tune driver holding his advantage going into Redgate for the first time.

Bird was fixed onto the rear of his car however and launched a move going down towards the Old Hairpin for the first time, sliding through into the lead and then immediately setting about building an advantage at the front.

As the fight for second spot developed behind, Bird was able to control proceedings from the front, extending his advantage at one stage to just over two seconds.

Although that would be cut in the closing laps as he eased off, the EXCELR8 driver was able to pick up win number three of the campaign to take more points out of team-mate Zelos, who would end classified back in eighth.

“I had to make sure I got off the line well and then got the lead early,” he said. “I had to make sure I didn’t make any mistakes from that point. Coming towards the end of the season, a result like that was crucial for the championship and it brings me right into the fight.”

As a result, Bird now sits 14 points behind after dropped scores going into race three, where he will start from seventh on the grid thanks to the reverse grid draw.

As Bird stretched his legs at the front, there was plenty of squabbling behind, with Weller initially holding second spot ahead of Ronan Pearson, who got away well off the line to move up to third and almost grabbed second on the opening lap.

Pearson would come under increasing pressure from fellow Scot Davidson who managed to nip ahead on lap five and then set off to try and chase down Weller for second.

When Weller started to suffer from a suspected diff issue, Davidson pounced at turn one to move up to second spot and would end the race with a second podium finish of the weekend so far to strengthen his third place in the overall standings.

“It was a shame to get the penalty after race one but we have shown what we could do from around that area of the grid and to come from P6 to get second is a great result,” he said. “I got another good start and did two people off the line and then worked to make up the other places I needed to get onto the podium.

“It would be nice to get another podium in race three but you never know what will happen. What I do know is the car is on rails this weekend so big thanks to everyone at LUX Motorsport as it’s been spot on.”

Weller would fight hard to try and hold on to the podium position but would lose out to Max Coates three laps from the end.

Coates had slipped back down to sixth spot in the early stages after losing out to both Davidson and Lewis Brown, but fought his way back through into the top four before grabbing his place on the podium when he sneaked up the inside of Weller on the exit of Coppice.

Weller would hold on to take fourth spot and a result that moves him closer to provisionally sealing the Rookie Cup, with Pearson grabbing fifth spot.

The LDR driver had been the cork in the bottle when he slipped behind Davidson into fourth, but once Coates nipped ahead, he was able to hold onto his position with relative comfort ahead of Lewis Brown, who emerged from a race-long battle with Zelos to grab sixth.

Zelos followed him home in seventh, but was hit with a five second penalty for exceeding track limits that dropped him a place in the end results, and also meant he missed out on the reverse grid pole to fellow EXCELR8 Jason Lockwood, who will instead line up at the head of the field for the weekend finale at his home circuit.

Behind the top end, former BTCC race Bobby Thompson – who had failed to start race one after two driveshaft failures – produced an astonishing drive from the back of the grid as he worked his way from 31st to ninth, with Brad Hutchinson rounding out the top ten.

Jim Loukes had been right in the mix for a top ten finish before a high-speed trip across the grass at McLeans dropped him back down the order, whilst Ethan Hammerton has also been in contention before an unscheduled spot saw him slip back down towards the back of the field. 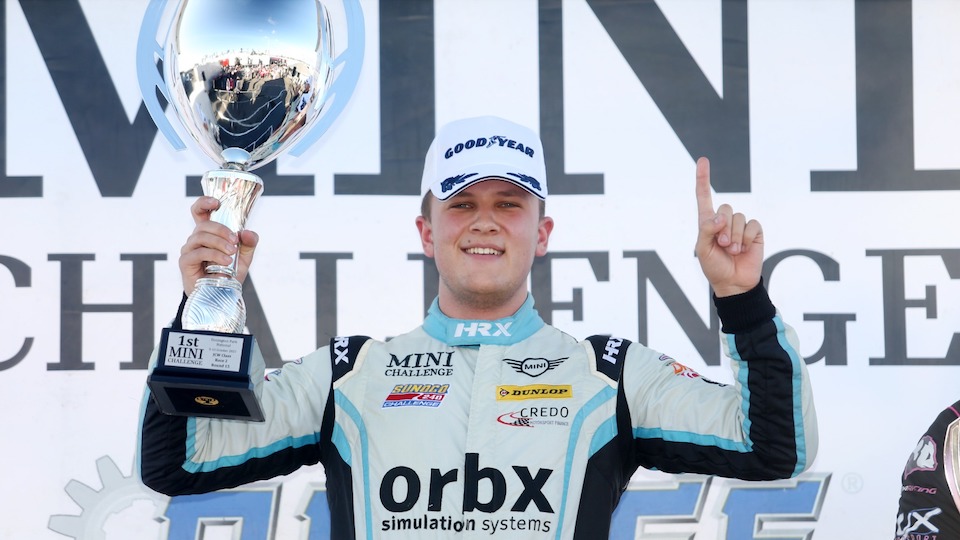 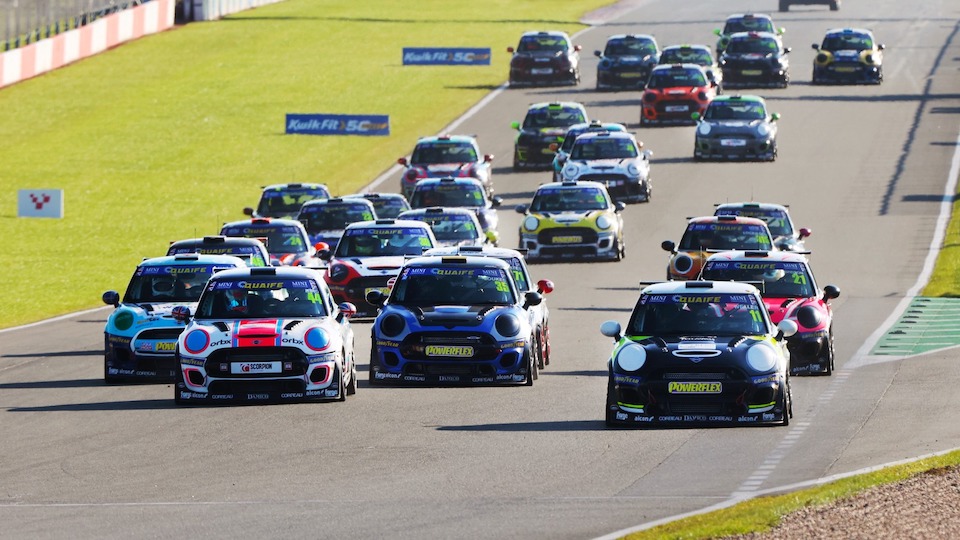 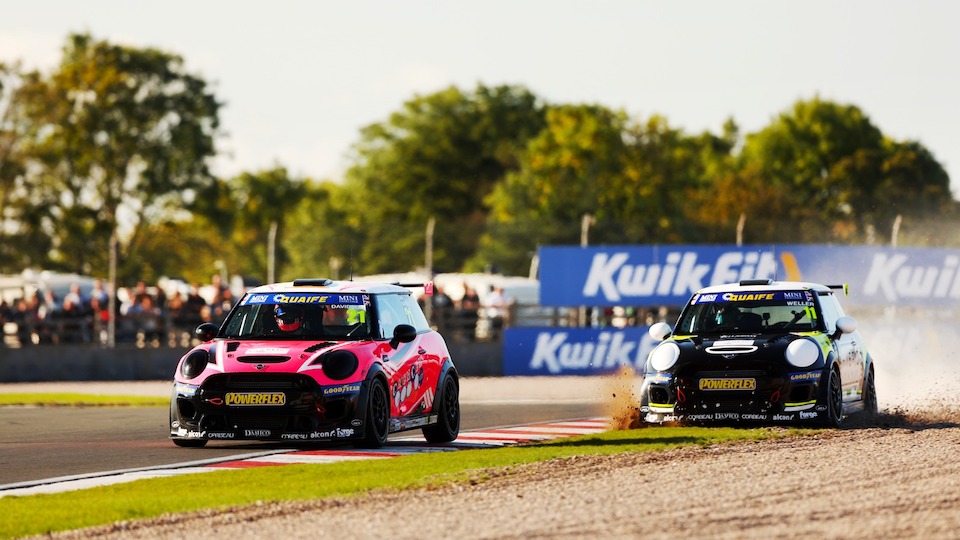