Jack Davidson produced another storming run through the field to secure victory in the final Quaife MINI CHALLENGE race of the weekend at Donington Park.

The race kicked off with Jason Lockwood on the reverse pole, but with Ronan Pearson dropping off the grid from third after the green flag lap having encountered a gearbox issue on his LDR-run car.

Lockwood held the lead as the field headed down to Redgate for the first time but there was chaos behind, with Ryan Faulconbridge tipped into a spin that put him into the wall on the start/finish straight, and two further incidents exiting turn one seeing Jim Loukes, Robbie Dalgleish and Callum Newsham all retire.

Lockwood himself would then lose the rear end of his car on cold tyres and went off going down the Craner Curves and dropped down the order, leaving Sam Weller out front from a fast-starting Davidson and Lewis Brown with the safety car deployed.

The race would resume on lap seven and Davidson wasted little time in making a move on Weller to grab the lead at turn one and then found himself being chased by Brown and Max Bird when they jumped ahead of Weller at Coppice a lap later.

Brown put huge pressure on Davidson at the front and grabbed the lead on the outside at McLeans on lap twelve only for Davidson to then reclaim the spot going into the final chicane.

Brown then tried again on the run to the chicane himself having taken a tighter line out of Coppice but as he edged ahead, Davidson switched back to the inside and went down the inside to grab the position back and retain the lead.

The Scot would then hold on to secure the win, with Brown losing out to Bird on the penultimate lap for second spot. Weller would take the flag in fourth place to take top rookie honours and provisionally earn the rookie cup title.

Davidson’s win means he comes right back into title contention heading into the Brands Hatch finale, with Bird now within four points of leader Dan Zelos at the front after he had to settle for sixth spot – gaining points for fifth thanks to the fact that Bobby Thompson ahead wasn’t eligible to score.

Zelos had undergone an engine change after race two so the result was some reward to the EXCELR8 team for its efforts, with Ru Clark and James MacIntyre behind. 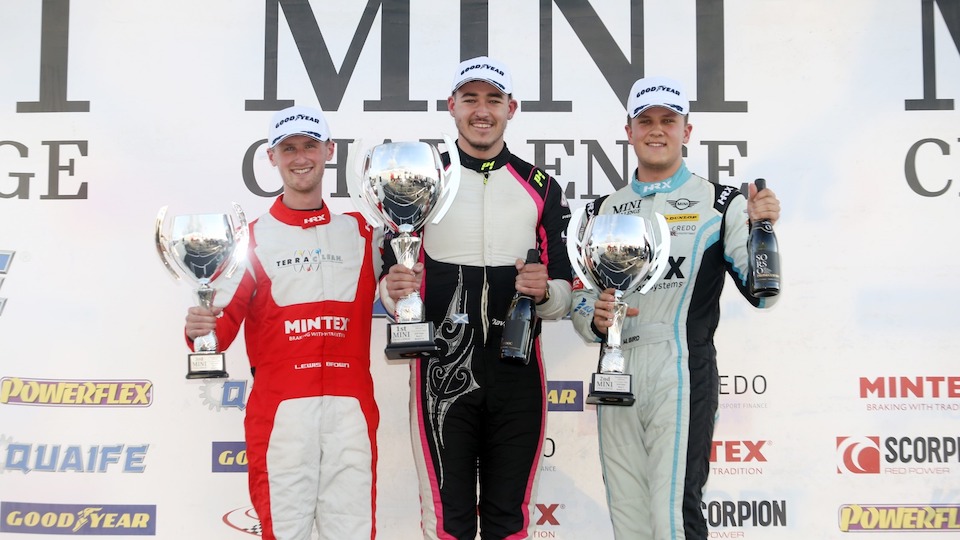 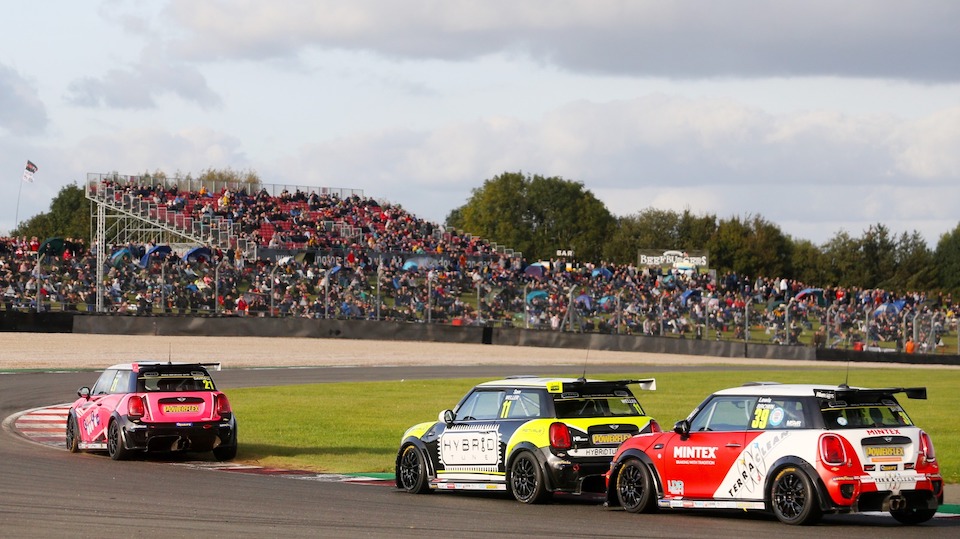 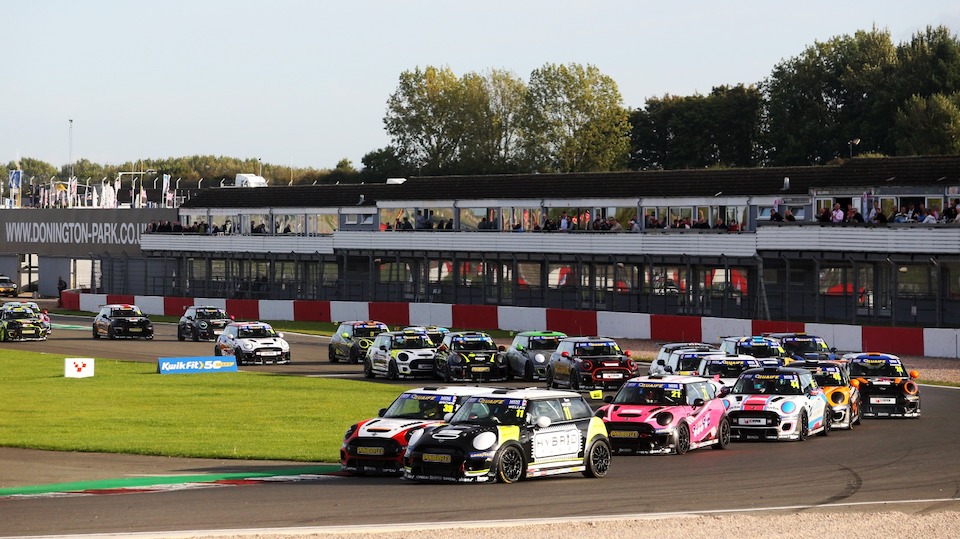