It’s little more than a week since the Quaife MINI CHALLENGE Trophy title battle was decided in dramatic fashion at Silverstone, with PerformanceTek Racing’s Dominic Wheatley emerging from the 2021 season as the championship winner.

Having finished second behind Harry Nunn last year, Wheatley was expected to be amongst the front-runners for the crown and saw off Louie Capozzoli, Matt Hammond and Nunn to grab the title after a campaign packed with action from start-to-finish.

With the dust still settling, it’s time to have a look at some of the facts and figures from the 2021 campaign.

As the points situation evolved across the Silverstone weekend, there was every chance that the 2021 title could have been decided on race wins – and it’s a good job for Wheatley that that wasn’t the case.

Although he picked up seven podium finishes from the 17 races, which was the joint highest with Nunn, Wheatley failed to make it onto the top step all year, with his championship title being the reward for a campaign of consistency.

The record for most wins across the season went to series returnee Hammond, who took the race one victory at each of the first four rounds.

Only Shane Stoney, Max Bladon and Kyle Reid have more wins than Hammond since the current version of the Cooper car was introduced in 2013.

Capozzoli took three wins from the final six races to end the year second on the winners record, with Joe Wiggin and Lee Pearce the only other drivers to take more than a single win.

Nunn, Alex Solley, Lewis Saunders, Nicky Taylor, Charlie Mann and Tom Ovenden rounded out the ten drivers who would make it onto the top step of the podium – the highest number of winners in a season for the Cooper class.

Aside from Wheatley, Nelson King, Ricky Page, Alex Jay and Morgan Wroot made it onto the podium without gracing the top step.

Page’s two podium finishes leave him third on the all-time list behind Josh Gollin and Stoney.

The seven pole positions across the season were shared by five drivers, but only one of those – Hammond – topped the times in qualifying more than once.

Hammond was fastest at Snetterton, Brands Hatch and Oulton Park and ended the year with the best qualifying average as a result – just ahead of Mann and Wheatley.

The pair took a pole apiece, with Saunders and Solley the other two drivers who would qualify at the head of the field.

The Coopers would do battle across a total of 177 race laps in 2021, with a grand total of 17 drivers taking a turn at the front of the pack.

Thanks to his late run of success, Capozzoli led the most laps across the season on 35, with the LDR Performance Tuning driver also leading the most races – being out front in seven separate races.

Hammond led five of the first eight races and was out front for 28 laps, with Mann leading 19 laps across two races.

Wiggin only led one race for a total of 14 laps – his second win coming after a penalty cost Capozzoli a victory – with Pearce (13) and King (12) rounding out the top six. Champion Wheatley led eleven laps spread across six races.

The 35 drivers who raced in the Coopers this season made up a combined total of 1,474 places across the 17 races, with LDR’s Mike Paul ending the campaign having made up more spots than any of his rivals.

Wroot had spent much of the year on top of the list having gained what would prove to be a season-high 22 places in round five at Thruxton – where he came from the back of the grid after a DNF in race two to finish seventh.

The Mad4Mini driver only improved on his starting position seven times across the season however, with Paul finishing higher than he started on a dozen occasions – a 19 place gain across the opening two races at Silverstone leaving him nine clear of Wroot on 77.

At the other end of the scale, MRM driver Nathan Edwards made up the fewest places amongst those drivers to complete the full season, gaining a total of 20 across nine races.

A number of lap records would fall over the course of the season in both qualifying and the 17 races. Hammond set a new qualifying best at Snetterton during the season opener, with Mann then breaking the Thruxton record during the second visit to the Hampshire circuit. The Silverstone National record then fell ahead of the finale when Wheatley stormed to pole position.

Two race lap records also fell, with the Thruxton race record being beaten twice in a weekend during the second BTCC-support meeting, with Nelson King lowering the mark in race one before Graves Motorsport team-mate Alfie Glenie bettered it in race two. Hammond then set a new record around Silverstone on the final weekend.

As mentioned, the Coopers completed 177 laps of racing which equated to just under 360 miles of action during the 2021 season.

The longest races of the season would take place at Thruxton alongside the British Touring Car Championship, with rounds five and twelve both running to a distance of 30.6 miles. The shortest race would be at Oulton Park, where an incident for Hammond saw the result called after just two laps – or 5.4 miles – of racing. Despite that, round nine still saw more than 70 places gained across the field…

Individually, the 35 cars that raced in 2021 would complete a combined total of 5,059 laps and more than 10,000 miles with the great mileage completed in round three, where the 30 cars that took the start completed just under 846 miles between them. 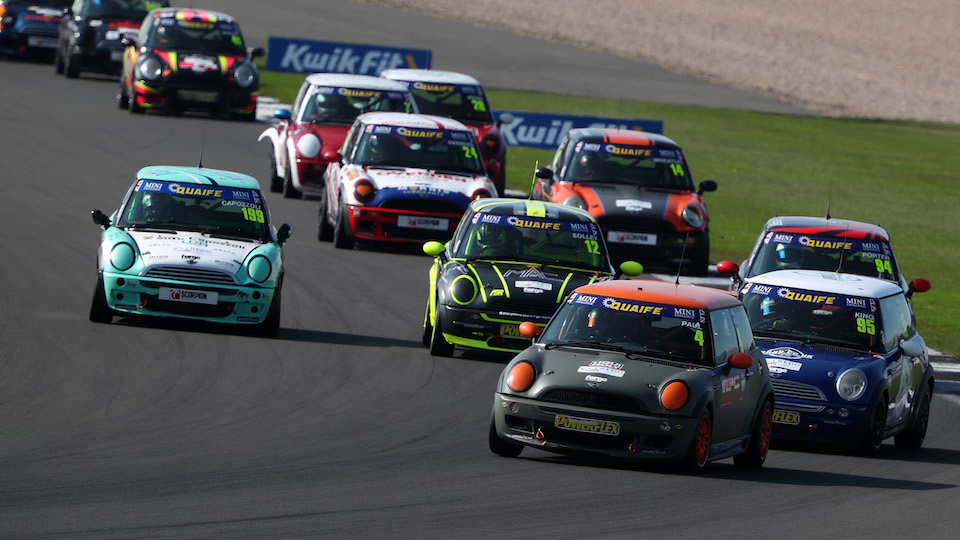 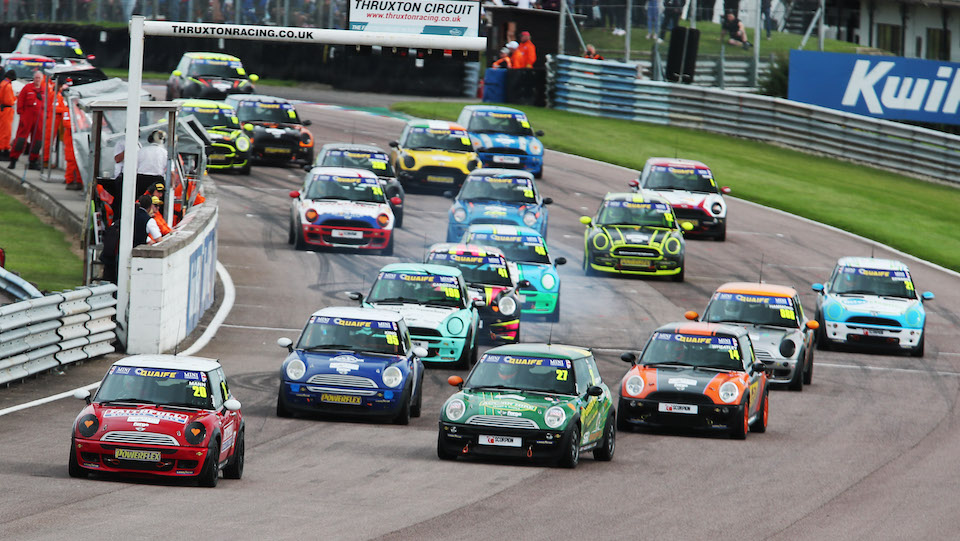 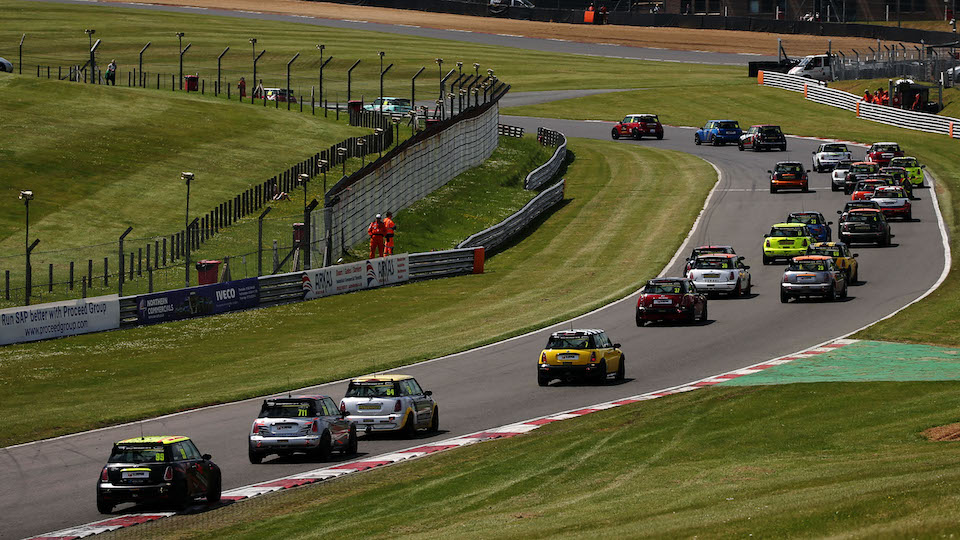 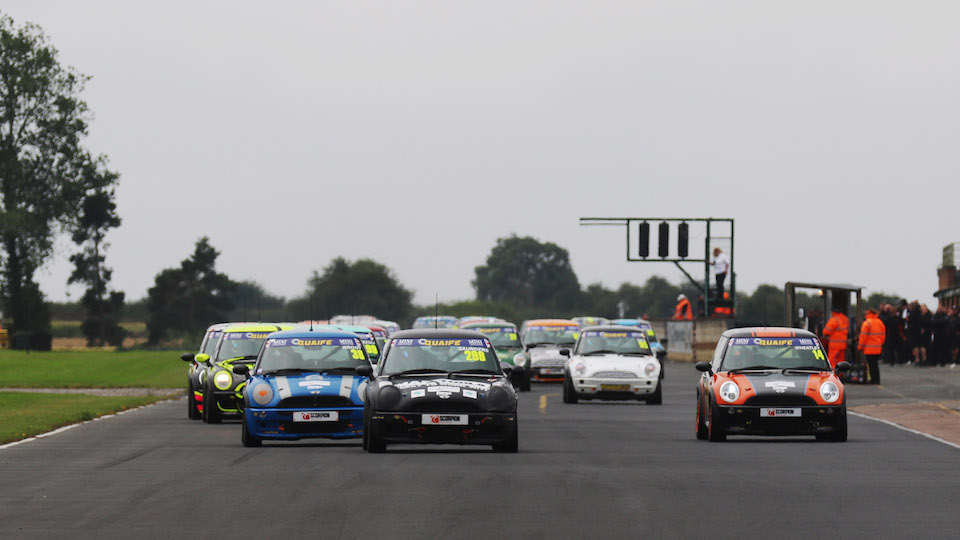