The Quaife MINI CHALLENGE Trophy season is set to draw to a close on a high this weekend, in terms of both drama and sheer numbers as the largest field of the year descends on Silverstone for the final three races.

A impressive field of 34 cars is set to do battle in the title decider as the full-season regulars are joined by a number of drivers who have contested part campaigns in the highly-competitive one-make series.

A grand total of 174 points are still available this weekend – with a race win being worth 50 points, and an additional six on offer for pole position and each fastest lap – which means any of the top nine drivers in the championship could still secure the title.

Realistically however, it is the leading four drivers who go into the final meeting as the true contenders, and things couldn’t be any closer between the leading pair.

AReeve Motorsport racer Nunn has the advantage thanks to a victory at Thruxton earlier in the season, whereas PerformanceTek Racing’s Wheatley has been a consistent podium finisher but has yet to make it onto the top step.

Should two drivers end the year level on points, the placings will be decided by the finishing records.

Nunn has slightly more margin for error over the weekend, given that he is taking more dropped points into the finale and has more points ‘in the bank’, having finished every race thus far.

Wheatley by contrast suffered what could prove to be a crucial retirement after running into engine issues in the final race at Thruxton last time out, meaning he is dropping a lower score, but also has less points banked as a result.

With two no scores to his name already this season, EXCELR8 Motorsport racer Matt Hammond has no option but to go on the attack this weekend if he is to secure a second championship title.

Hammond has scored more wins than anyone else on his return to the series this year but three retirements have hampered his challenge. Although only 15 points behind after dropped scores, Hammond needs to pick up a minimum of 62 points to surpass the total Nunn has already banked, and will hope to return to the kind of form he displayed in the early stages of the season, where he held the early lead in the standings.

Outside the top three, LDR Performance Tuning’s Louie Capozzoli heads the chasing pack thanks to a double win at Thruxton and he too will need to go on the attack if he is to overhaul the trio ahead.

Capozzoli needs to pick up at least 76 points across the three races – and see other results go his way – to stand any chance of taking the overall title, but things look much rosier when it comes to the Rookie Cup.

There, Capozzoli has been able to build a handy buffer over EXCELR8’s Nicky Taylor and former Junior Saloon Car Champion Lewis Saunders, who switches this weekend from the family-run 298 Motorsport team to form part of the Graves Motorsport line-up.

Taylor and Saunders have both won this season and are amongst the outsiders for the title, with Mann Motorsport’s Charlie Mann, AS Racing’s Alex Solley and Misty Racing’s Alex Jay the final drivers who could mathematically lift the championship crown – but would require a hugely unlikely set of results in order to do so.

Their focus instead is more likely to be on cementing a place in the end of the season top ten, with plenty of drivers bunched up behind having a similar aim.

Mad4Mini driver Morgan Wroot currently holds the place but has two drivers behind in Tom Ovenden and Nelson King who arrive at Silverstone on the back of breakthrough weekends at Thruxton, where both scored their first podiums of the season.

Ovenden is one of only four drivers – alongside Nunn, Solley and PerformanceTek’s Barry Holmes – to have finished every race this season.

MRM’s Nathan Edwards, Graves Motorsport’s double race-winner Lee Pearce and his team-mate Alfie Glenie – who only missed out on a podium at Thruxton after a post-race penalty – round out the leading 15 in the standings.

A number of drivers who have missed recent events are set to return for the big finale, including double podium finisher Ricky Page and his younger brother Reece, with Shanel Drewe, Piers Henderson and Dave Marshall all back in action.

With the final rounds of the year being as part of the British Touring Car Championship support package, the MINI CHALLENGE Trophy field will do battle three times this weekend, with each race running for 20 minutes. 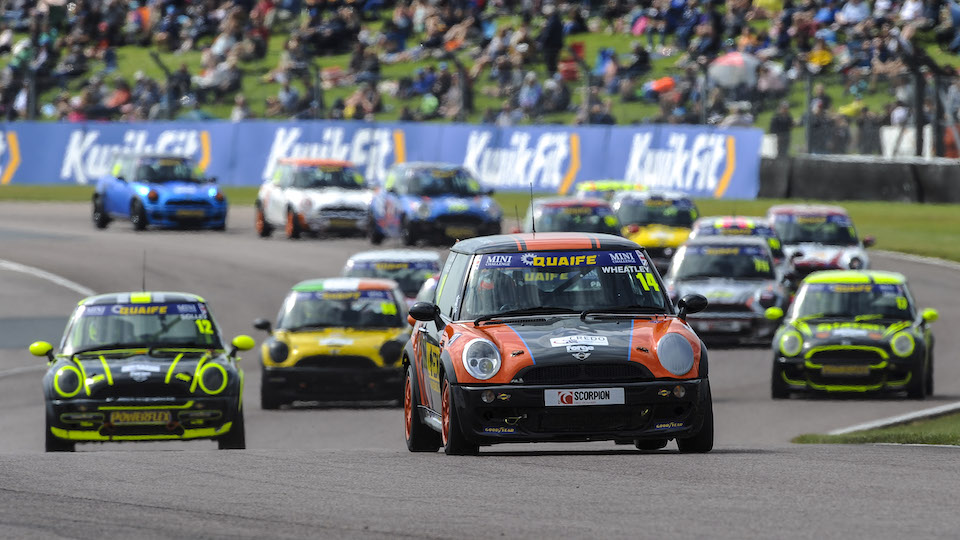 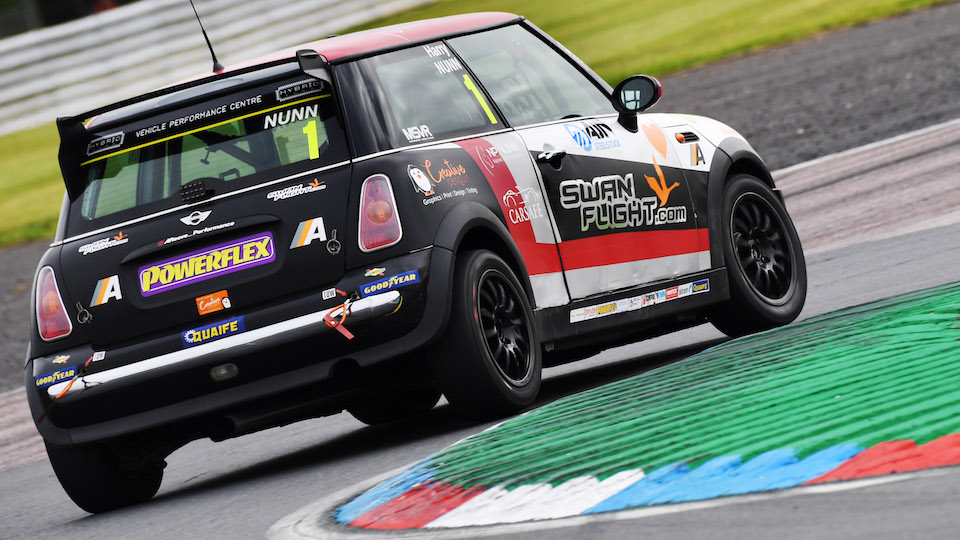 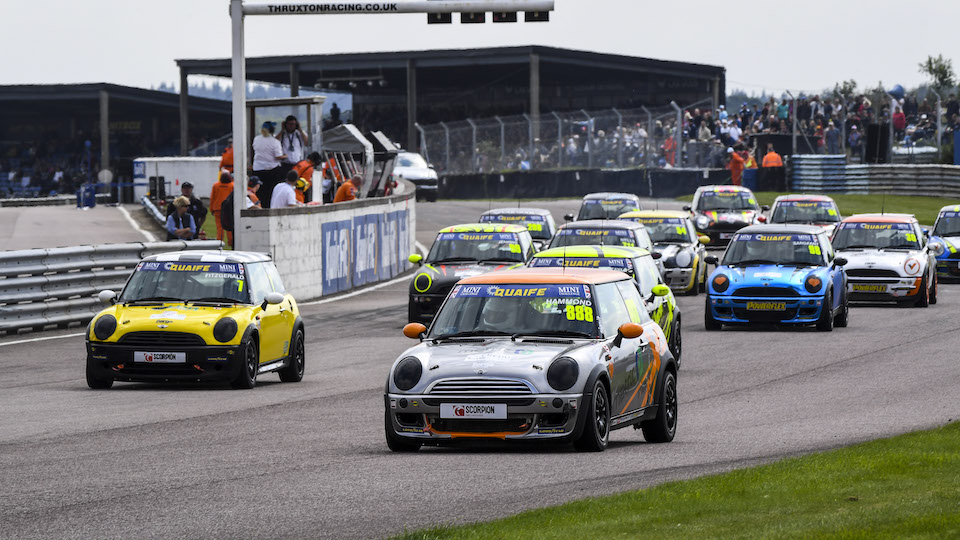 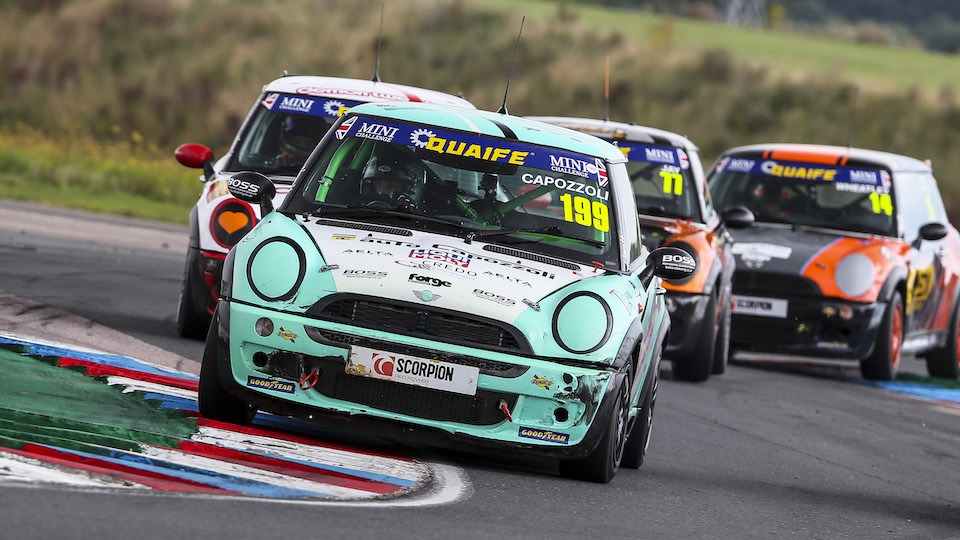